By Huang Jingjing and He Xi | People's Daily app

Chinese President Xi Jinping will attend the 12th BRICS summit via video link on November 17 at the invitation of Russian President Vladimir Putin.

BRICS is the acronym for an emerging-market bloc that groups Brazil, Russia, India, China and South Africa. The aim of the grouping was clear from its inception: to establish an equitable, democratic and multi-polar world order.

President Xi has participated in the annual event for seven consecutive years. Let's review some key remarks by Xi during the last seven summits. 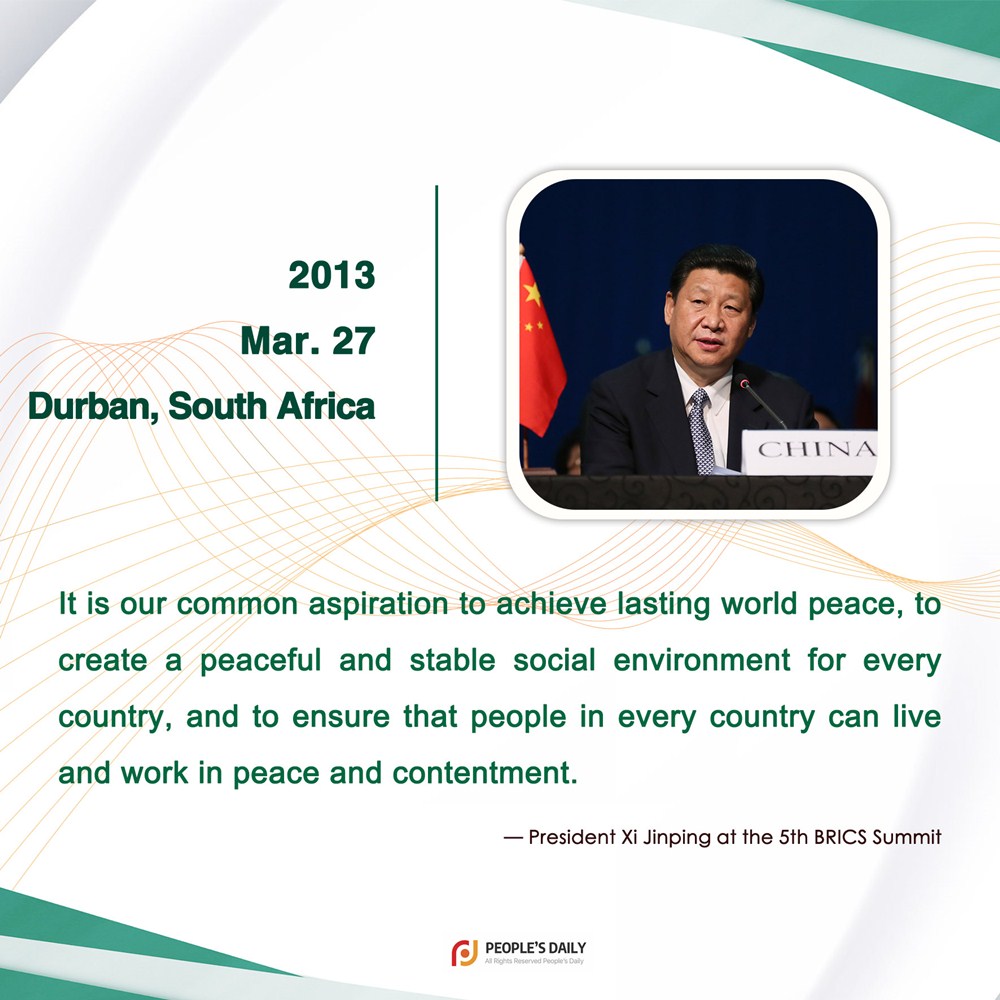 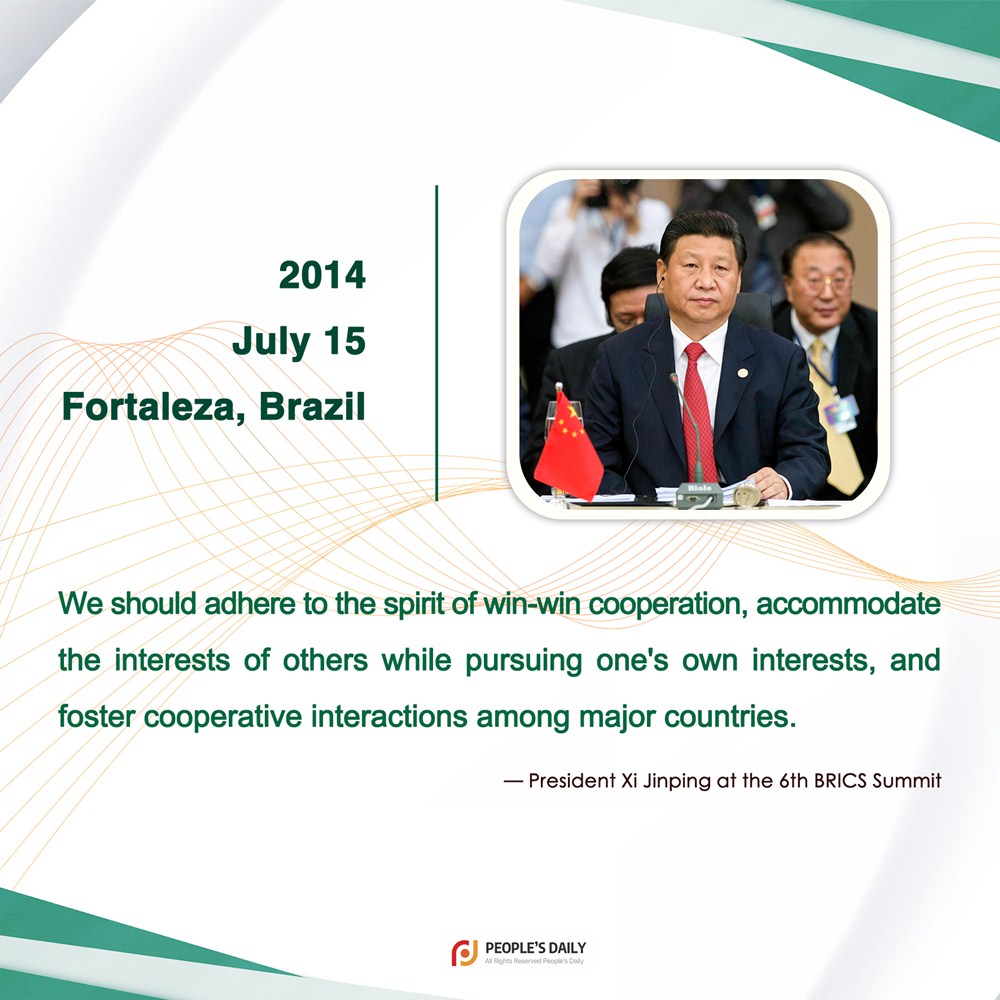 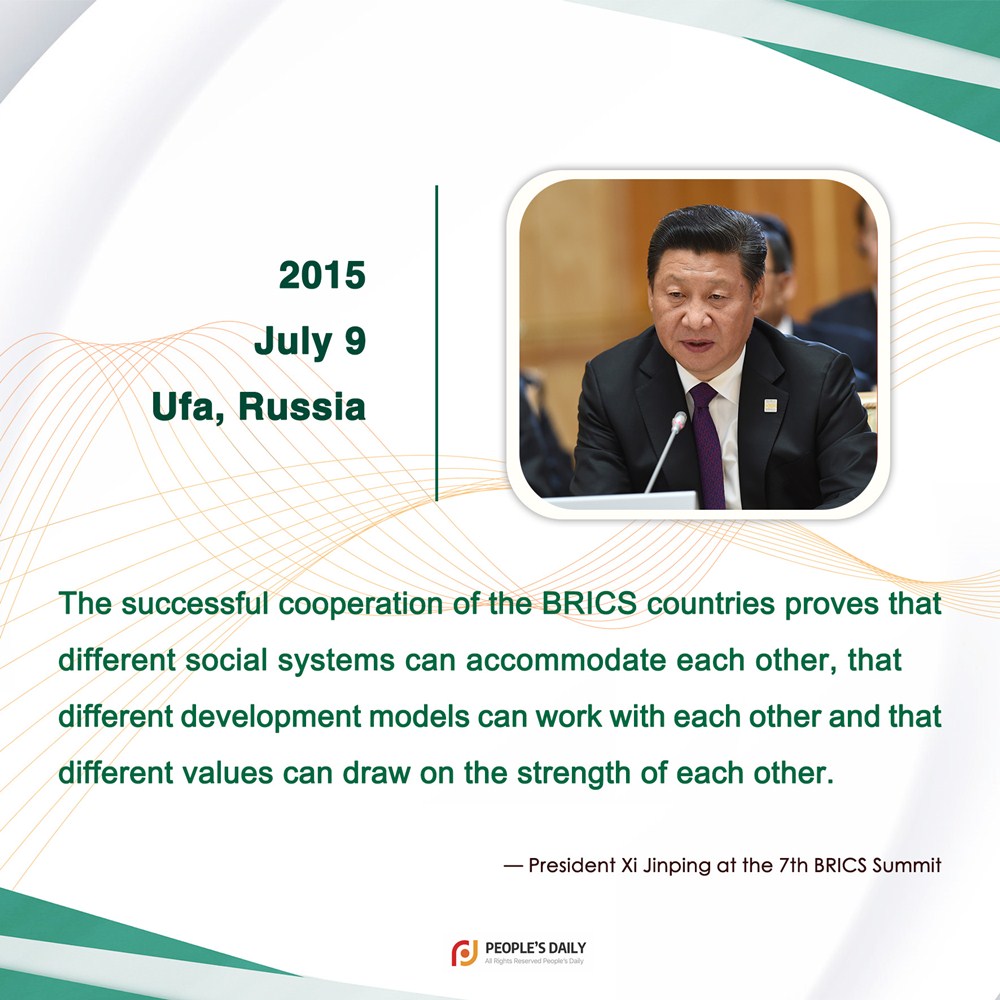 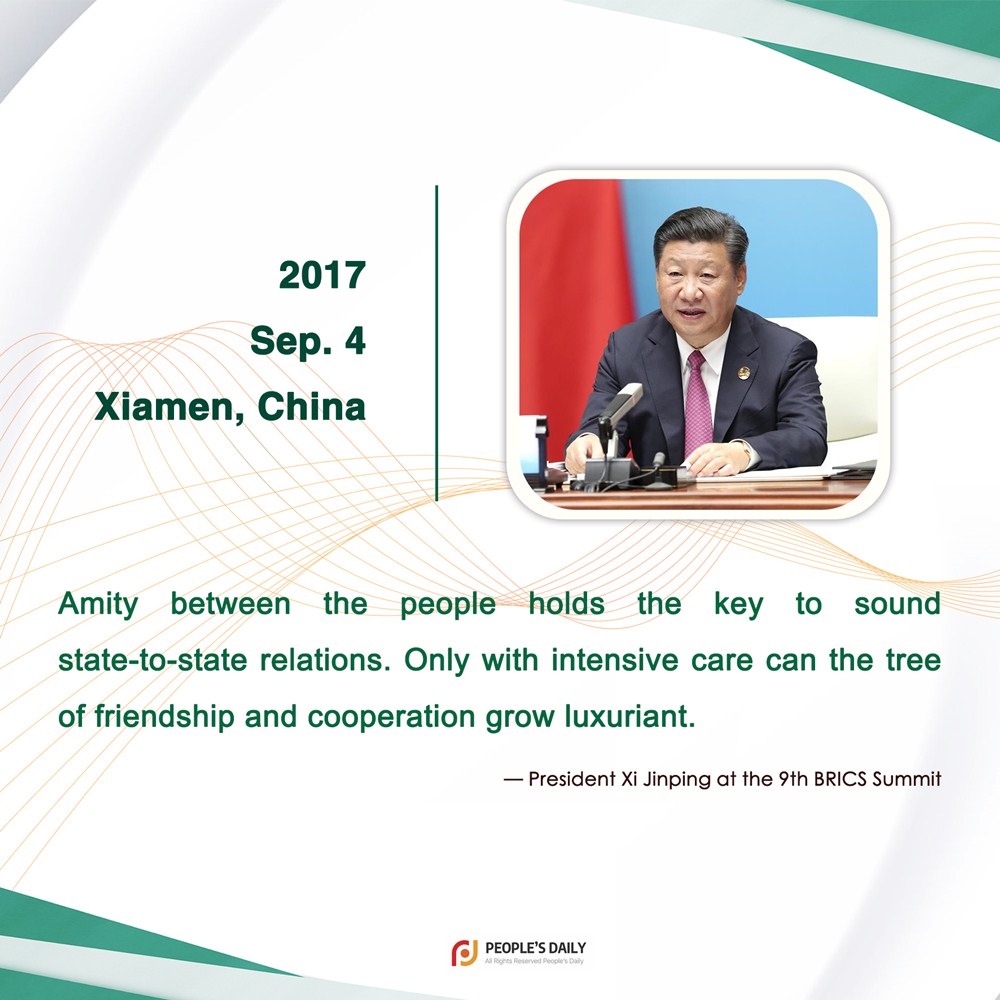 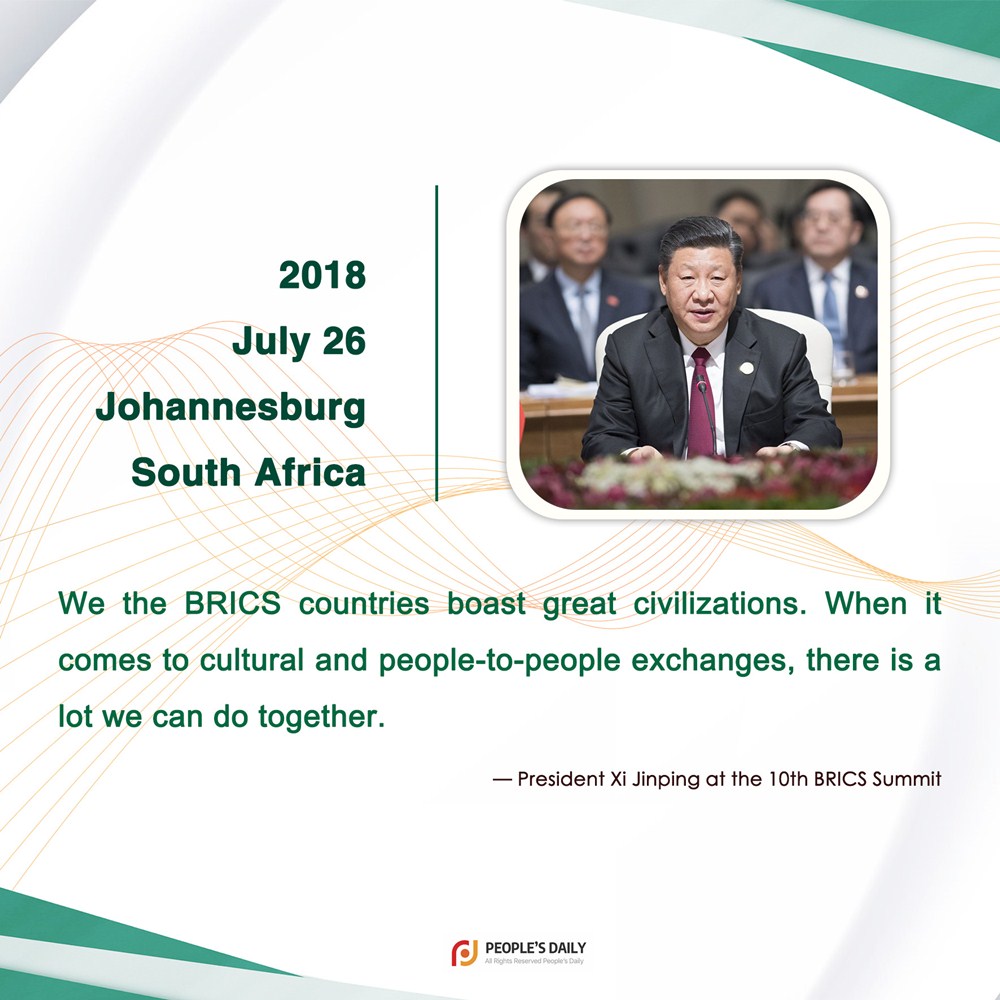 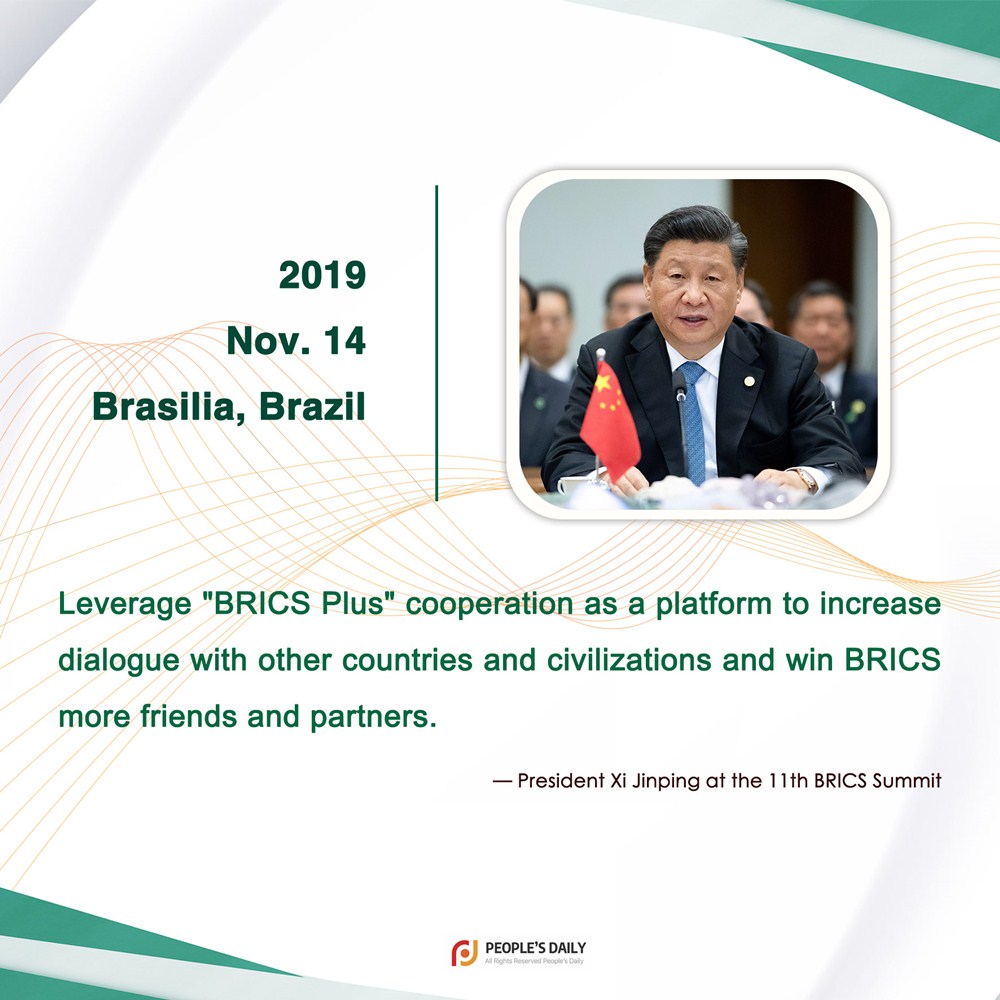