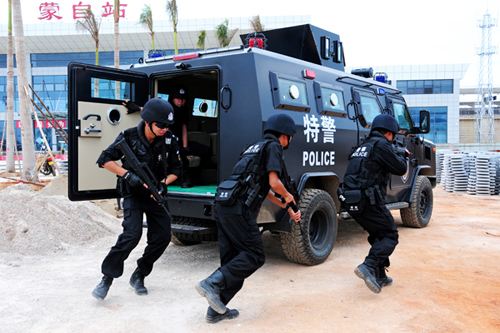 According to the police, the suspect, surnamed Zhou, took three people hostage in Xincheng District of Hohhot, the regional capital, at around 11 a.m. Sunday.

Zhou was armed with a self-made gun and explosive devices, and threatened to shoot the hostages. The police killed the suspect at around 7:15 p.m. and defused the explosives.

The hostages were rescued. Further investigation is ongoing.