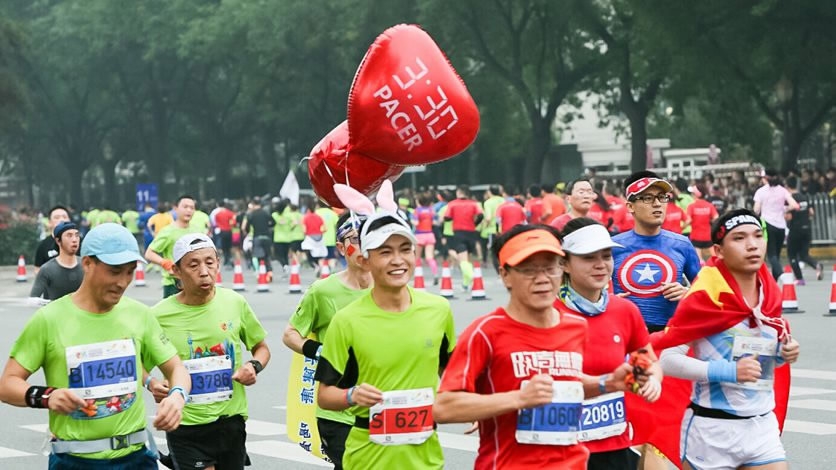 Inaugurated in 2010, the Hainan Danzhou International Marathon featured three races this year: marathon, half marathon and mini-marathon (5km). About 18,000 runners from home and abroad took part in the event.

A torch relay was held before the race on Saturday as Danzhou became the first city in China to receive the flame from Marathon, Greece.

"Marathon and Danzhou will take this exchange as an opportunity to further promote sports and cultural cooperation," Marathon Mayor Sergios Tsirkas said.