Kneeling for hours, villager collects hundreds of pounds of clams 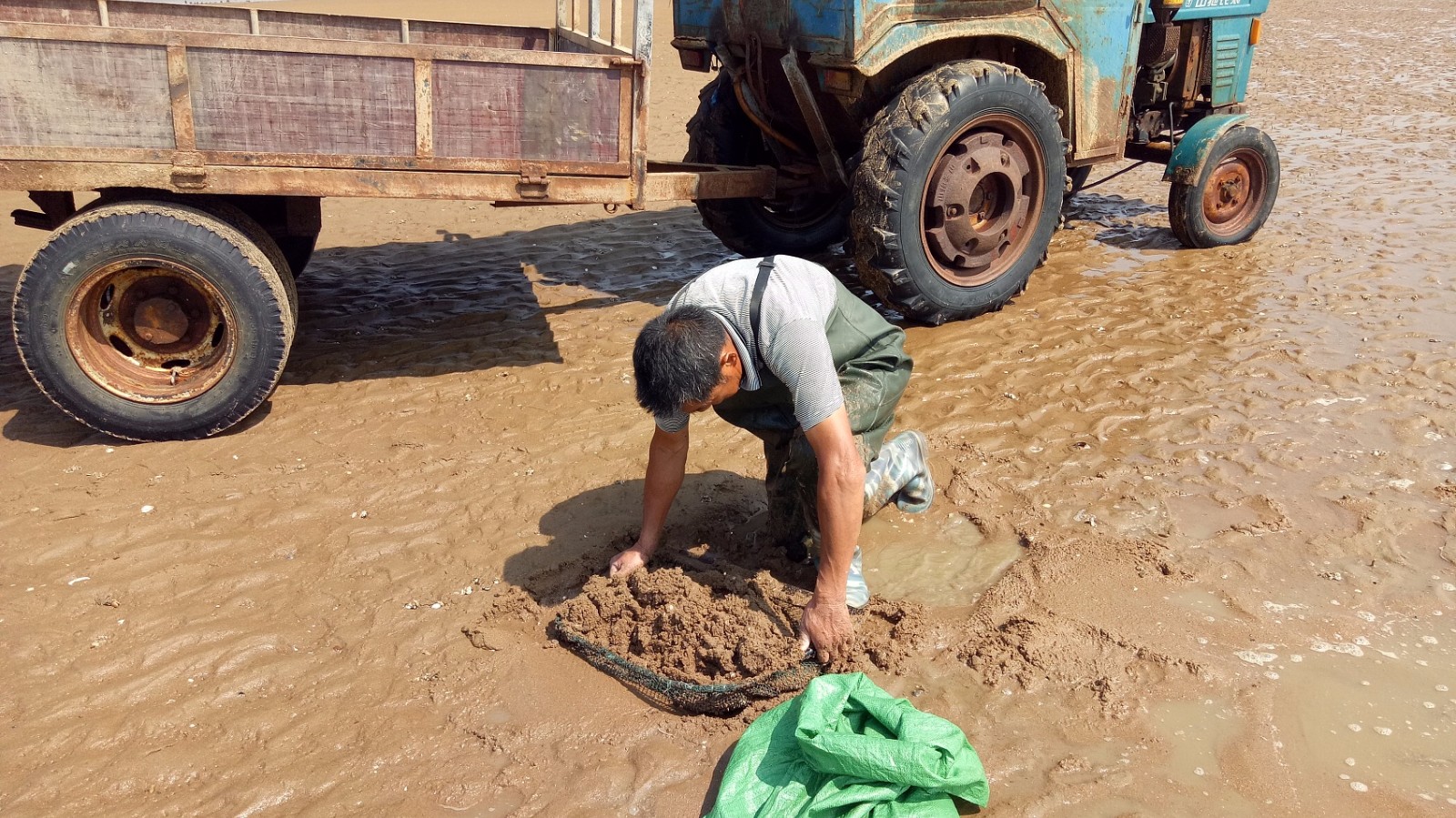 A man in Rizhao, Shandong Province, kneels in the sand and digs up clams. Zhang Haipeng, a man in his 50s, works long hours collecting clams every day by the sea. At low tide, Zhang kneels in the shallow, sandy water on the shores of the sea and uses a specialized net to dig up and filter out clams. (Photos: VCG) 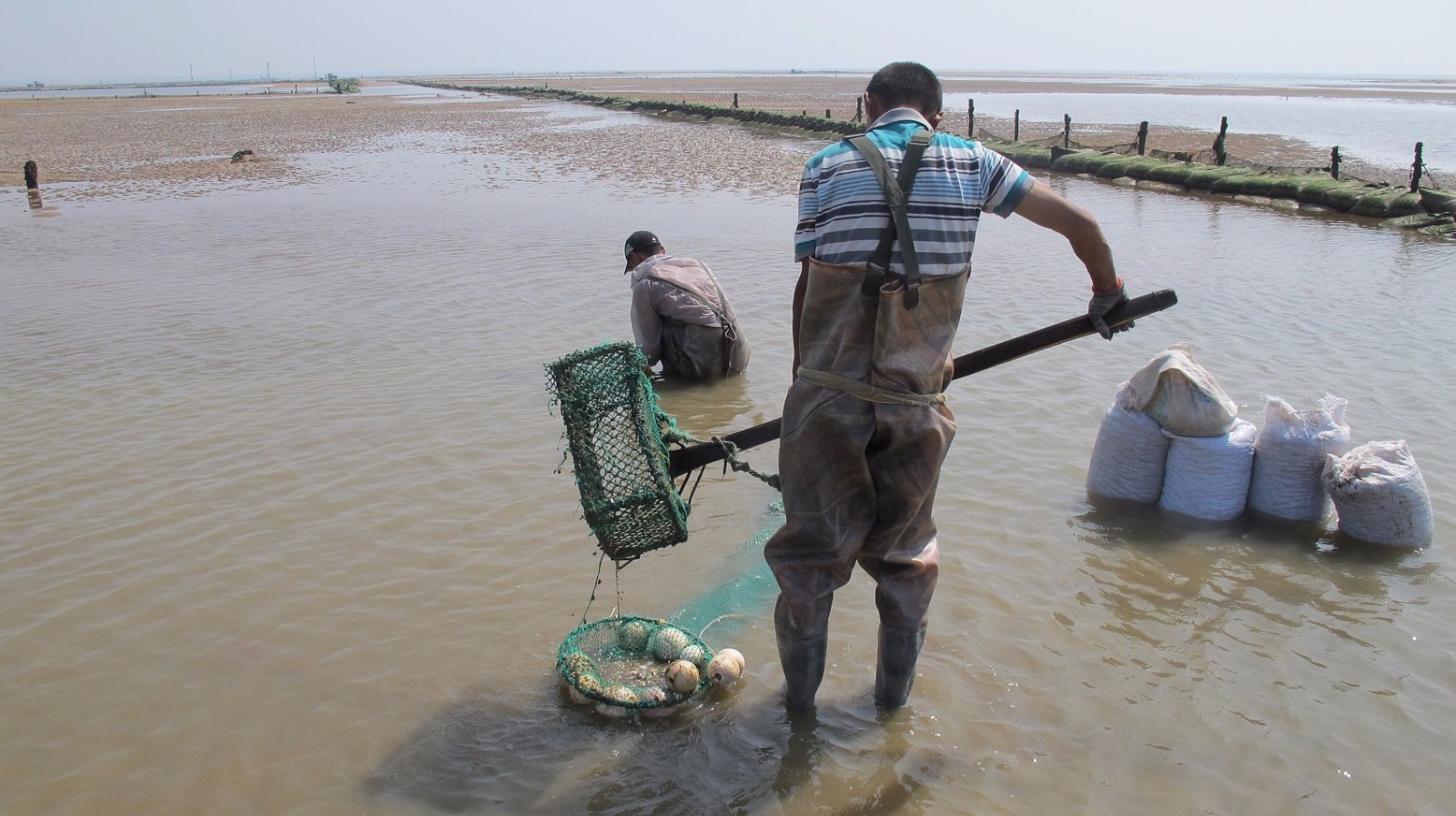 Zhang works relentlessly, often getting sunburnt under the scorching sun. Zhang kneels on the shore when digging up clams for efficiency and speed. After kneeling for a while, Zhang stands up to stretch and rest a little. The backbreaking labor only earns Zhang 150 RMB a day, just enough to make a living. 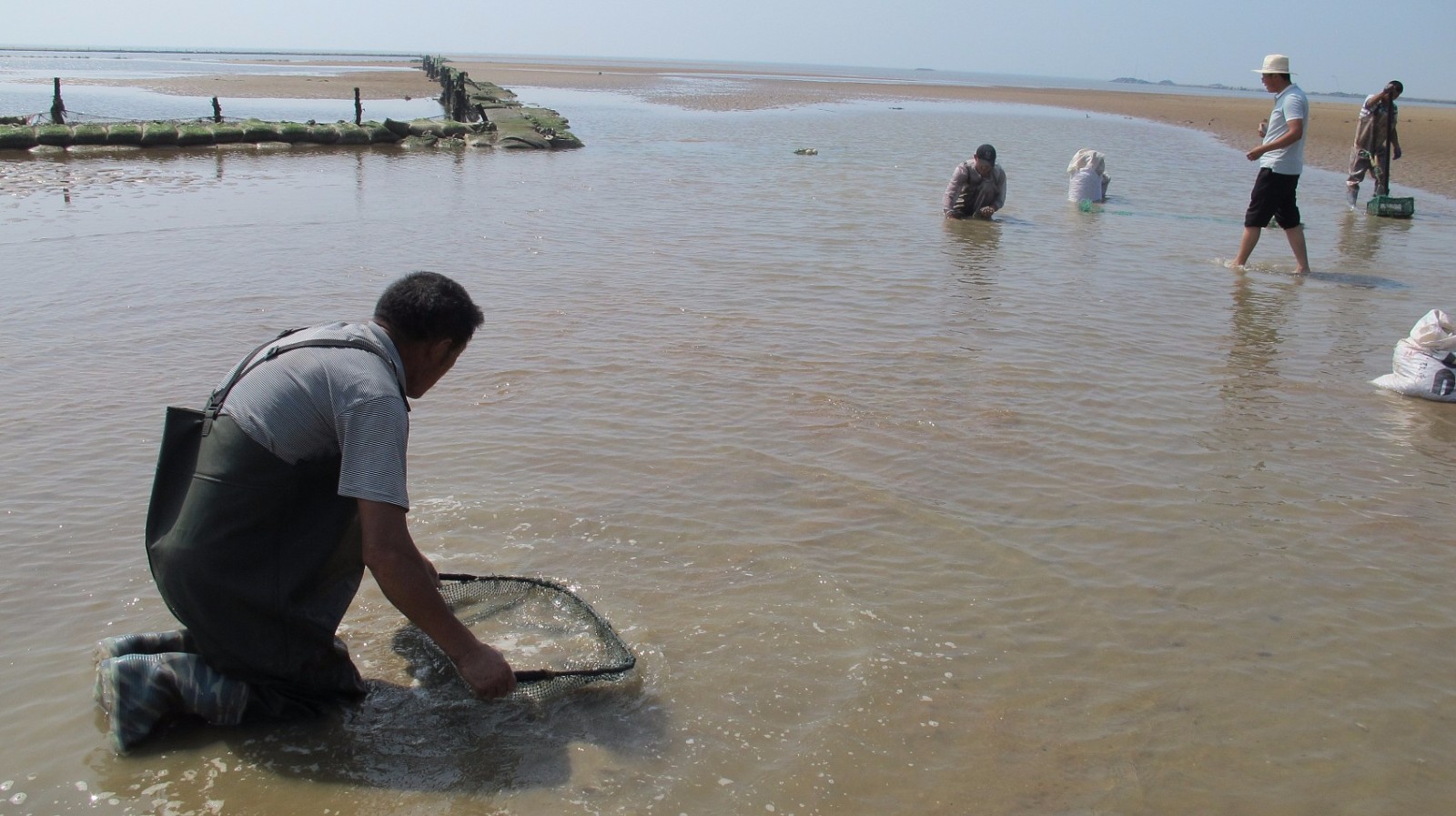 Recently, temperatures reached 33 degrees Celsius, making work especially tiring. Even though the sea breeze cools Zhang, he is still affected by the UV radiation. Zhang says that they are “used to it; no one doesn’t get sunburnt when laboring by the sea.” 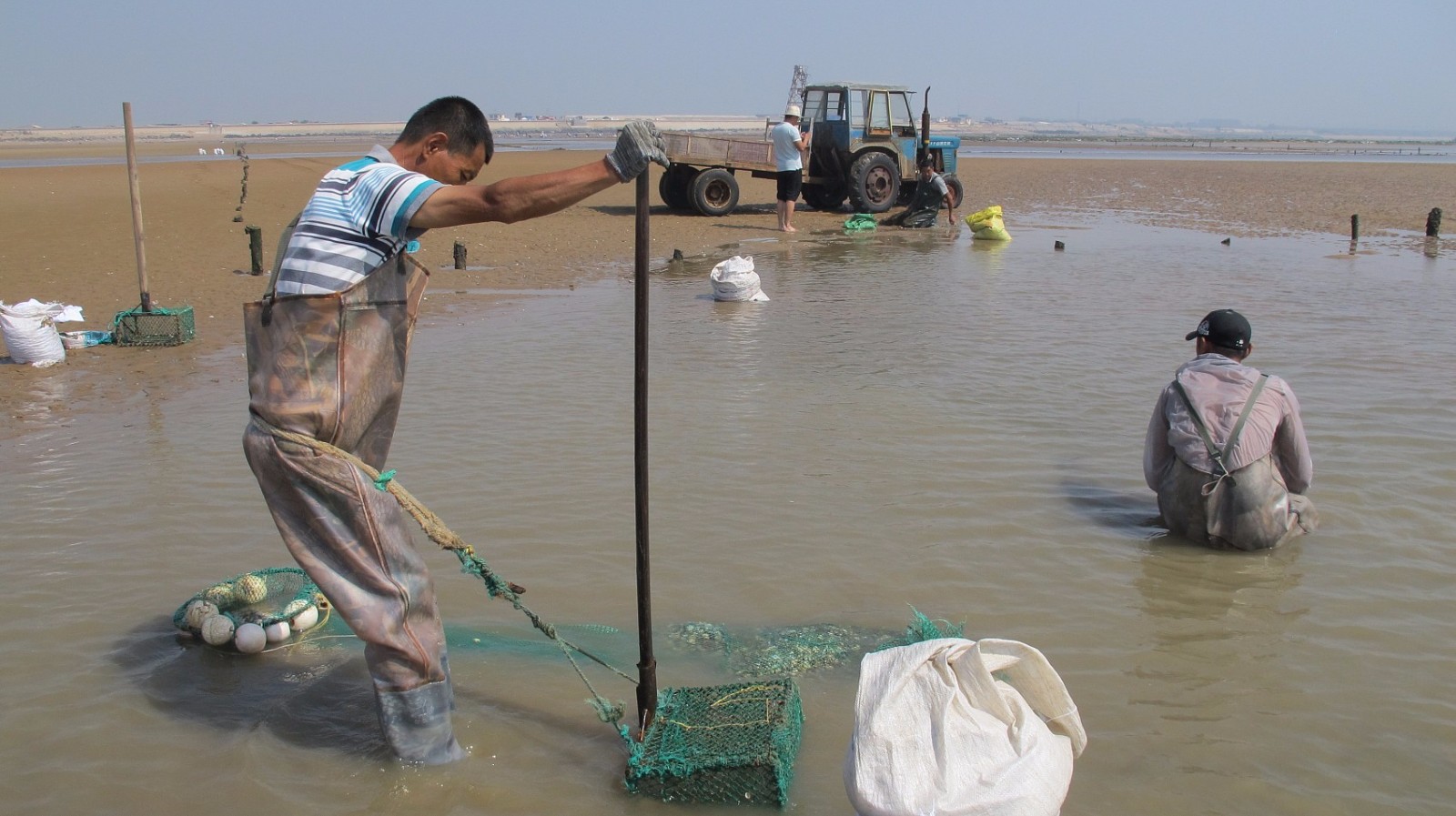 Besides Zhang, a young man works with a thick rope tied to his waist. The rope is attached to a netted cage in the shallow water, which the man uses his strength to haul up. Catching the clams in the cage, the man bends his waist repeatedly to wash the clam seedlings. Only younger men in good health can work like this due to the strength it requires. 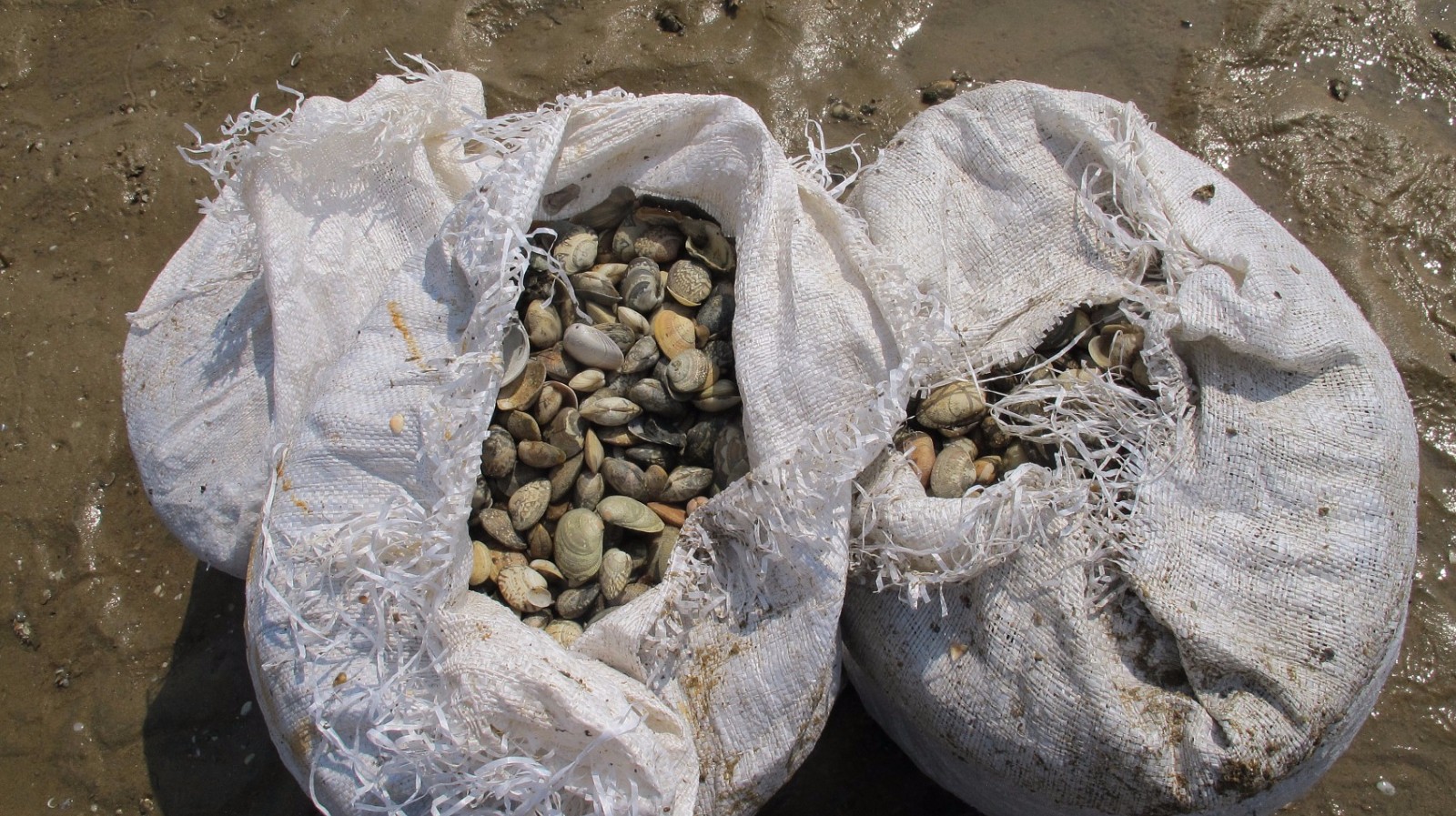 “Not everyone can do this, its strenuous labor,” said Zhang. After collecting hundreds of pounds of clams, Zhang uses a tractor to carry the clams inland where he sells the seafood to villagers and tourists.