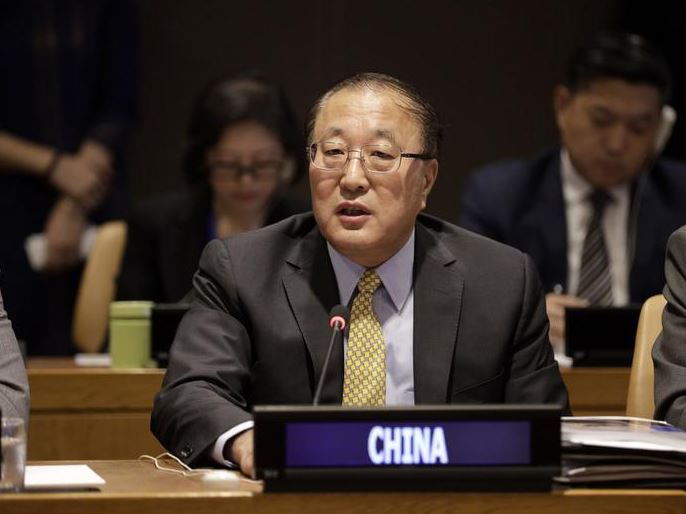 New York (People's Daily) -- China’s ambassador to the United Nations, Zhang Jun, says the situation on the Korean Peninsula is at a critical juncture even though it has been steered back on course towards a negotiated solution. He made the comments Wednesday at a UN Security Council meeting on the Korean Peninsula.

Zhang Jun said that it is the Security Council’s responsibility to maintain peace and stability on the Peninsula and advance its denuclearization process. Security Council resolutions concerning the DPRK should be implemented in a comprehensive, complete and accurate manner.

Zhang Jun said that since the beginning of 2018, thanks to the concerted efforts of the parties concerned, there have been positive changes in the situation.

Earlier this year, the DPRK and the United States held leaders' meetings in Hanoi and Panmunjom, as well as working-level consultations in Stockholm, which were positive for greater mutual understanding between the two parties. At the same time, the DPRK made good on its promise to suspend nuclear tests and ICBM test launches and declared on multiple occasions its commitment to the denuclearization of the Peninsula.

The ambassador said lately the situation has taken a twist, leading to renewed tensions between the DPRK and the United States. For now, details of the DPRK's test on December 7 and what it involved, as well as other specifics, have yet to be established and the Security Council should not jump to hasty conclusions.

The DPRK has taken a series of positive initiatives on denuclearization, but its legitimate concerns and aspirations in respect to security and development have not been given the attention commensurate with its effort and remain unanswered. Hence the current deadlock in dialogue and tensing up of the situation.

Zhang Jun said that in the current context, the top priority is to maintain international consensus and momentum for a political solution, support and urge the United States and DPRK to move towards each other and do everything we can to head off a dramatic reversal of the Peninsula’s situation.

The DPRK and United States, as the main parties concerned, should cherish the hard-won easing of the Peninsula’s situation achieved through dialogue and work together in a practical effort to achieve the denuclearization of, and lasting peace on, the Korean Peninsula.

The two parties, especially the United States, should take on board and respect each other's concerns in good faith; genuinely demonstrate flexibility and goodwill; act on the consensus contained in the Singapore Joint Statement, and, by taking a phased and synchronized approach, break the deadlock and resume dialogue and engagement as soon as possible, to prevent the process from "derailing" or "backpedaling," the ambassador said.

The international community, in particular the main parties to the Peninsula issue, must take an objective and impartial position, act in the service of long-term interests and the greater good and make more efforts that contribute to the Peninsula’s political process, so that the Peninsula will not be plunged once again into tensions and confrontations.

It is imperative for the Security Council to take action and invoke the reversible provisions in the DPRK-related resolutions as soon as possible and to make necessary adjustments to the sanctions measures prescribed in those resolutions, especially in areas where the DPRK people’s livelihood is at stake.