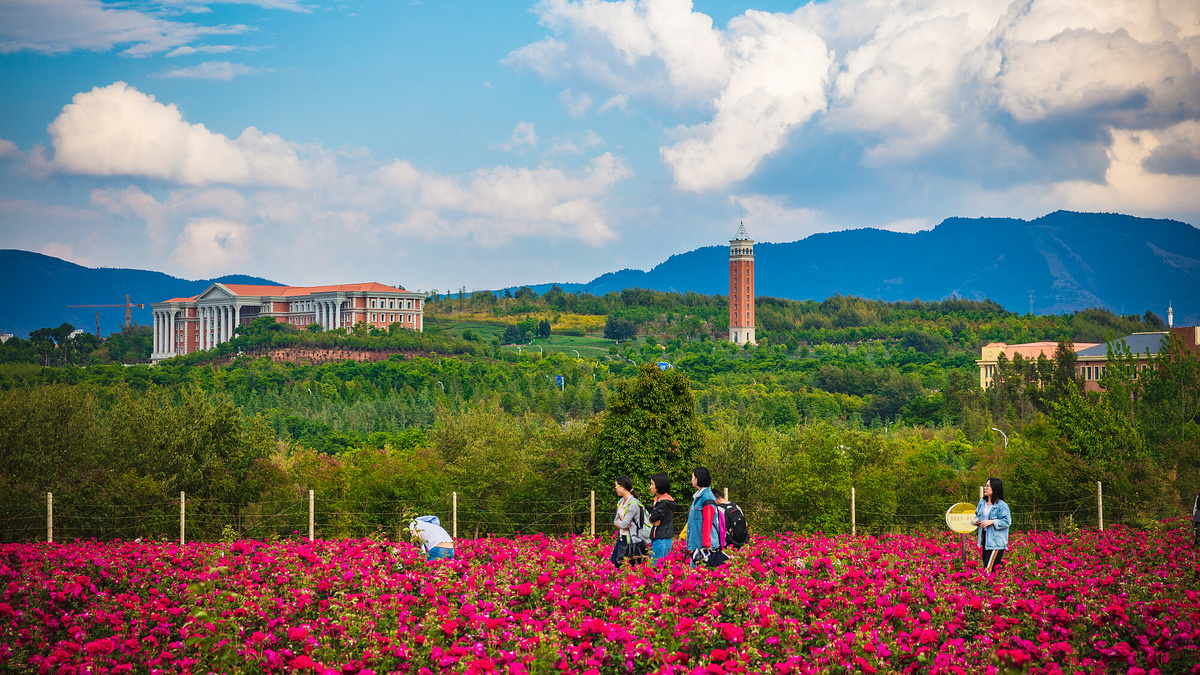 The rose garden at Yunnan University. (Photo by Li Zhe for chinadaily.com.cn)

Preparations for the 15th Conference of the Parties to the Convention on Biological Diversity are in full swing in Kunming, capital of Yunnan province, according to organizers.

Rescheduled for May next year after being delayed by the COVID-19 pandemic, the conference, which was originally scheduled for October this year, will be themed as "Ecological Civilization: Building a Shared Future for All Life on Earth".

At this global conference, a post-2020 biodiversity framework will be adopted for setting new global biodiversity targets for 2030.

"Kunming is known as the 'Spring City', and Yunnan province is the most biologically diverse area in China.… We believe that COP15 will produce fruitful results for the global biodiversity conservation process," said Zhang Jun, China's permanent representative to the UN.

Gao Zhengwen, deputy director of the Office of Yunnan Steering Group for COP15, said on Tuesday that hosting COP15 is a great recognition and encouragement to Yunnan's biodiversity conservation work.

"We are making every effort to prepare for the conference and accelerating urban development work to show the city's unique charm," he said.

The Office of China Executive Committee for COP15 and the Office of Yunnan Steering Group for COP15 have both conducted 10 online meetings since April with officials from the convention's secretariat.

Also, Kunming is carrying out renovation work on 62 roads in its main urban area and building several theme parks and viewing areas of floral landscapes. So far, the city has built 126 hectares of new urban green space, and built or upgraded 13 flower-themed parks, according to Wang Daoxing, another deputy director of the Office of Yunnan Steering Group for COP15.

Though Yunnan accounts for only 4.1 percent of China's land area, the province is deemed "Kingdom of Animals and Plants" because it harbors more than 50 percent of the country's biological species.