China will not revise its foreign exchange policies, as the United States labeling it "a currency manipulator" is unreasonable and unlikely to get support from multilateral mechanisms, according to Chinese officials and analysts. 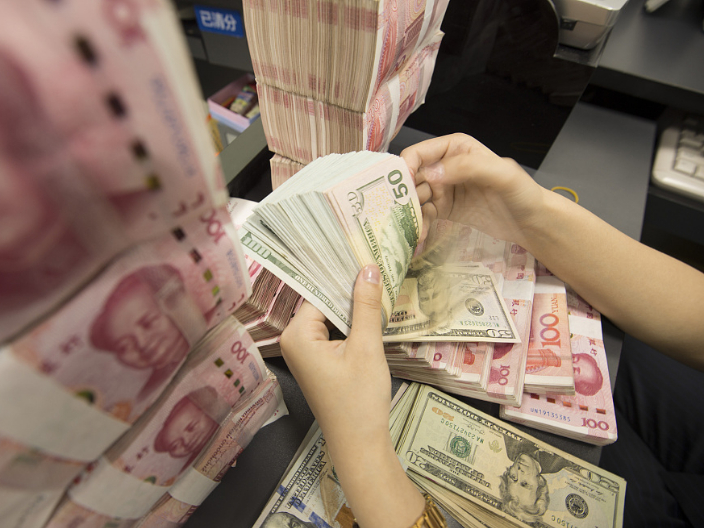 Based on available facts and evidence, it is unlikely that the International Monetary Fund — the most authoritative organization to arbitrate currency manipulation — will stand by the US in accusing China of being a currency manipulator, they said. Without such support from the multilateral organization, the US accusation will not hold up, they added.

The IMF had not yet sent a message requiring Beijing to start related negotiations regarding the accusation, two Chinese officials familiar with the matter told China Daily. The Chinese government maintains routine coordination and communication with the IMF, said the officials, on condition of anonymity.

The US Treasury Department wrote in a statement on Monday that it will engage with the IMF "to eliminate the unfair competitive advantage created by China's latest actions". Hours before the US announcement, the renminbi weakened beyond 7 per dollar for the first time since May 2008. Washington threatened earlier to slap 10 percent tariffs on an additional $300 billion worth of Chinese goods beginning on Sept 1.

Li Chao, vice-chairman of the China Securities Regulatory Commission, said it is "irresponsible" for the US administration to label China as "a currency manipulator", as it not only violates rules and common sense, but also causes damage to the US itself and stock markets of other economies.

"(The US labeling) triggered drastic fluctuations across global financial markets," Li said in an interview with Xinhua News Agency.

Mark Sobe, a former senior IMF official, told Reuters on Tuesday, "It's ridiculous that they've declared China a currency manipulator. They don't have any meaningful tools to do anything about it, unless they just want to pile more tariffs on."

The recent performance of the Chinese currency is evidence that the exchange rate is floating more flexibly, said Guan Tao, a former director at the State Administration of Foreign Exchange, the country's foreign exchange regulator.

"Even if the IMF received the US complaints on the exchange rate, I believe the fund will make a just decision. And it is unlikely to overturn the previous conclusion," he said. "For the long term, the RMB value will depend on economic fundamentals."

IMF First Deputy Managing Director David Lipton said after his visit to China in June that the country will be able to stabilize growth above 6 percent in 2019 and 2020, supported by appropriate policies, despite US tariffs.

"China has made welcome progress in reducing external imbalances over several years, and the external position in 2018 was broadly in line with medium-term fundamentals and desirable policies," Lipton said.

China will maintain stability and continuity of its foreign exchange policies and continually promote the opening-up of the financial market, SAFE spokeswoman Wang Chunying said on Wednesday.

"China remains committed to the managed floating exchange rate regime based on market supply and demand, and with reference to a basket of currencies," said a statement from the People's Bank of China, the central bank.

The US Treasury Department labeled China a currency manipulator, but the reality is very different, as the renminbi dropped beyond 7 per dollar only due to an overly bearish market, said Lynda Zhou, equity portfolio manager at Fidelity International.