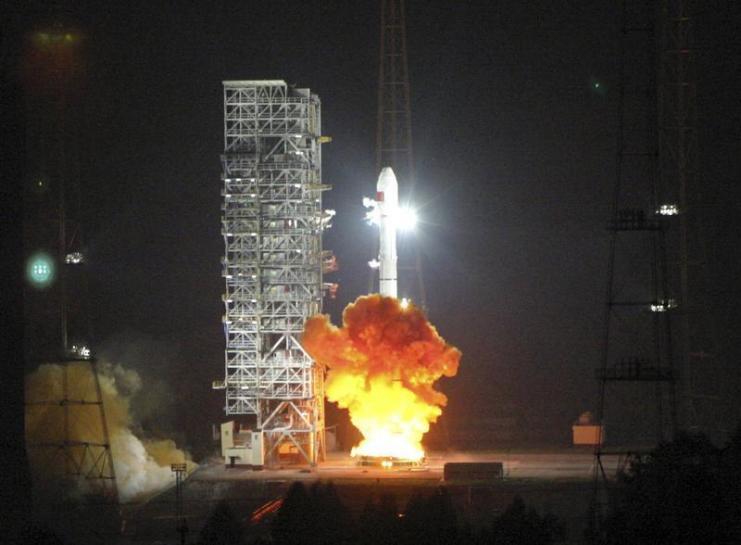 The launch of the Ladybeetle satellite project signals a step change for the national commercial aerospace industry, Chinese technology analysts said Thursday. Private company Commsat aims to launch seven satellites of the Ladybeetle series in one rocket in 2018 in a groundbreaking project that is the largest and most complicated commercial program in China's aerospace industry, Science and Technology Daily reported on Thursday. Some 72 satellites are scheduled to be deployed by the end of 2020, forming China's first commercial low earth orbit Internet of Things (IoT) system, according to a plan released by the Beijing satellite company, which is funded by the Xi'an Institute of Optics and Precision Mechanics at the Chinese Academy of Sciences, the paper reported. Via improved satellite coverage, the project seeks to upgrade control and management of heavy machinery, offshore drilling platforms and ocean liners operating overseas, according to Science and Technology Daily.  "Only 10 percent of the earth surface has mobile coverage," Xie Tao, founder and CEO of Commsat told the Global Times on Thursday. "The IoT system will work to maintain communication and transmission when a mobile communication network is unavailable on the ground." The new satellites' mission is to test and verify the key techniques in IoT transmission and the capability of multiple satellites in setting up a network, Xie said.  The era of China's commercial aerospace industry has arrived, Cao Huitao, head of the Intellectual Property Office at the Xi'an institute was quoted by Science and Technology Daily as saying. The institute is exploring a commercial way to offer service on narrow band IoT, he said.