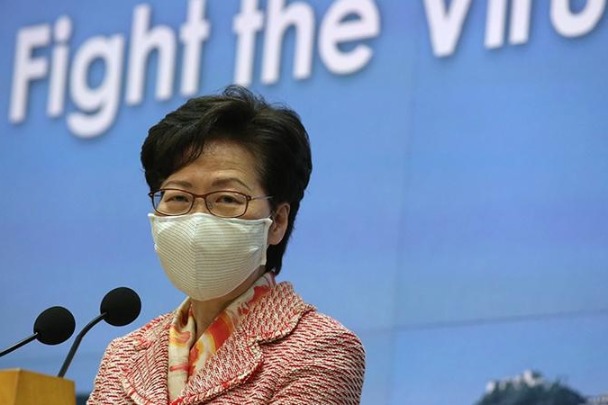 Lam made her remarks before the weekly Executive Council meeting, a day after the bureau confirmed the teacher was disqualified in late September after being found to have intentionally advocated separatism through self-designed teaching materials.

Lam said this was the first time the Education Bureau has imposed such a penalty on a teacher.

Hong Kong's government is duty-bound to safeguard the quality of education, Lam said at the briefing. If even a tiny fraction of teachers use their position to convey wrong messages, to promote misunderstanding about the nation, to smear the country and the Hong Kong SAR government without basis, it is a very serious matter, she said.

Secretary for Education Kevin Yeung Yun-hung is scheduled to speak about the case at a press briefing Tuesday afternoon.