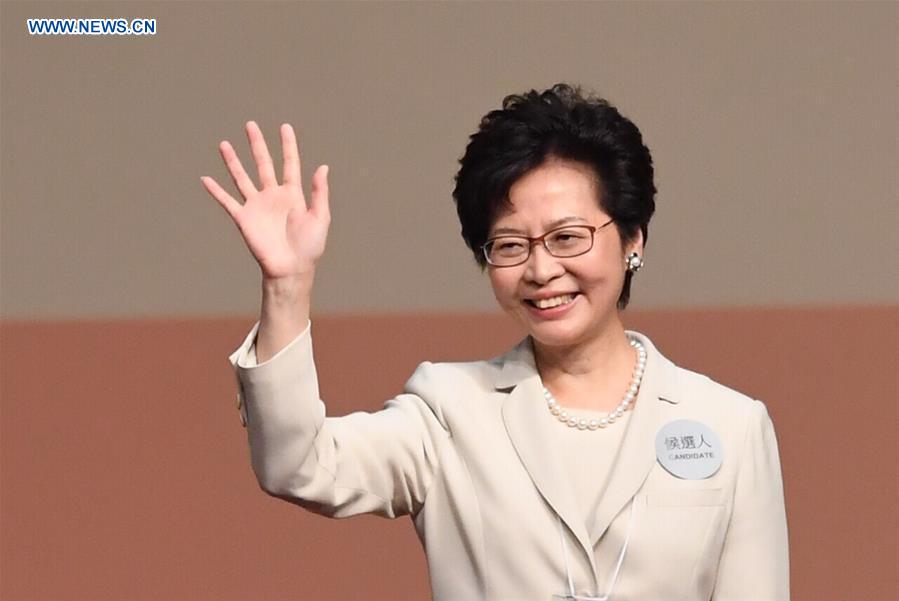 Chief Executive of the Hong Kong Special Administrative Region (HKSAR) Lam Cheng Yuet-ngor will pay a duty visit to Beijing next week, according to a statement released by the HKSAR government on Saturday.During her stay in Beijing on Dec. 13-15, Lam will meet with state leaders and brief them on the latest economic, social and political situation in Hong Kong.Lam will also sign, on behalf of the HKSAR government, an arrangement with the National Development and Reform Commission on advancing Hong Kong's full participation in and contribution to the Belt and Road Initiative.During Lam's absence, Cheung Kin-chung, chief secretary for administration of the HKSAR government, will be the acting chief executive of the HKSAR.