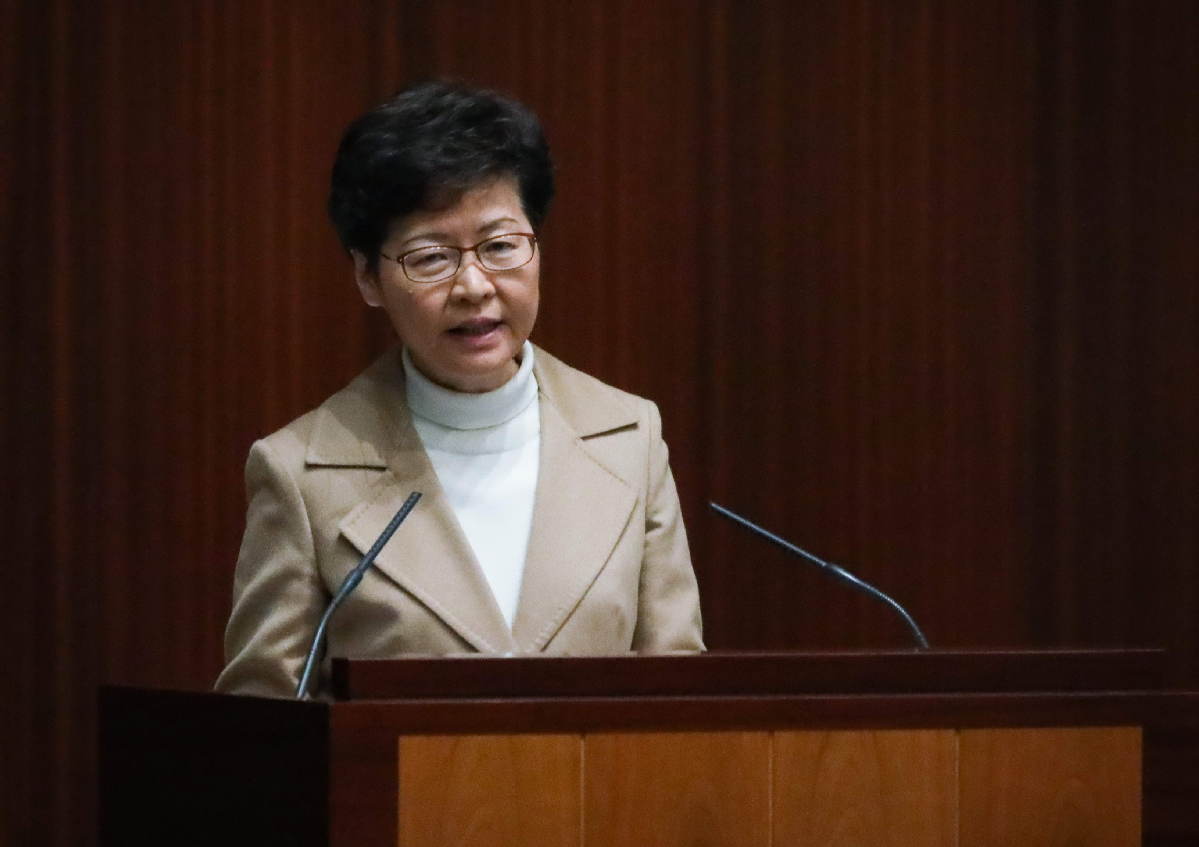 Hong Kong Chief Executive Carrie Lam Cheng Yuet-ngor said she believed the "one country, two systems" principle will continue beyond 2047, as long as the special administrative region can uphold and fully implement the principle.

Lam, in her first appearance in the Legislative Council this year for a question-and-answer session, said so long as the SAR strives to comprehensively implement the "one country, two systems" principle for the benefit of Hong Kong people, there will be sufficient reasons to believe that the institutional arrangement will go far, without the need for change.

The Hong Kong leader acknowledged that the monthslong social unrest has reflected residents' lack of confidence in the "one country, two systems" principle. But she stressed that the SAR is an inseparable part of China, while the city is granted a high degree of autonomy.

She called on people to cherish the principle, which has brought prosperity to the city, stressing that the SAR should safeguard the foundation of "one country" and respect the differences of "two systems".

Lam made the remarks in response to those of legislator Ann Chiang Lai-wan, who said that many young people who took to the streets in the last seven months worried that "one country, two systems" will be replaced by "one system" after 2047.

Article 5 of the Basic Law stipulates that the capitalist system and way of life in Hong Kong shall remain unchanged for 50 years from 1997.

Lam said that many young people in Hong Kong were born after the return of sovereignty to China in 1997.

The "one country, two systems" principle has ensured that they can be educated and find employment in a stable and prosperous city, she said.

Lam urged the city's youth, who have been at the forefront of the often-violent protests stemming from the extradition bill incident, not to undermine the principle because of "temporary misunderstandings".

"Otherwise, the scenario they worry about today may be triggered by their own hand," Lam said.

Responding to lawmaker and convener of the pro-establishment camp Martin Liao Cheung-kong's question on the cultivation of national identity among the young, Lam said the SAR government held that people's national identity is crucial to the successful implementation of "one country, two systems" in Hong Kong.

In the future, the SAR government will strive to enhance civil servants' and the younger generation's understanding of the nation, and the "one country, two systems" principle, through various forms, Lam pledged. This will include tours and field studies on the mainland, she explained.

Lam also said an independent review committee designed to look into the social unrest is expected to be set up in February.