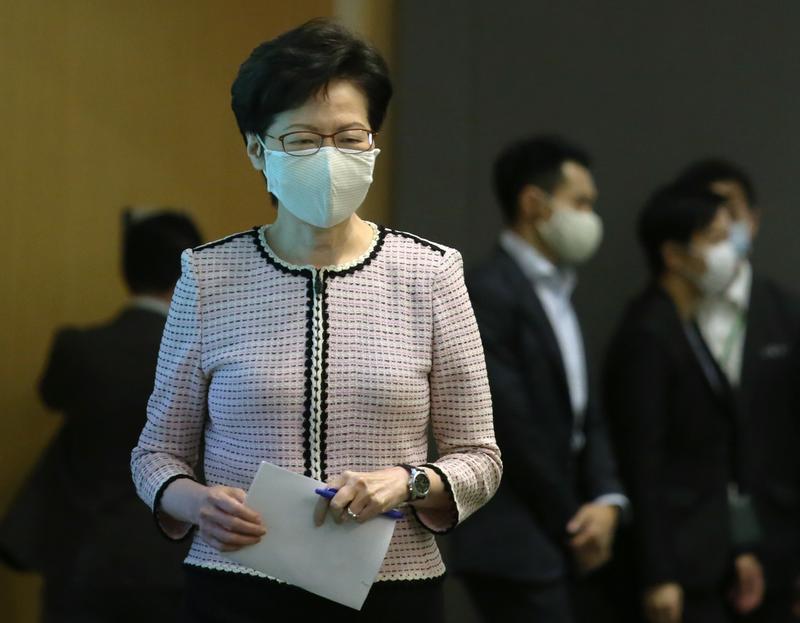 HONG KONG – Chief Executive Carrie Lam Cheng Yuet-ngor said Tuesday the fact that Hong Kong has an executive-led political system is now clearer than ever before after a heated debate the society had undergone over this in the past week.

Her remark came after the Hong Kong and Macao Affairs Office of the State Council (HKMAO) and the Liaison Office of the Central People's Government in the HKSAR released separate statements Monday night stressing that "separation of powers" never existed in the SAR and that there should be no gray area of Hong Kong's political structure.

Speaking to the media Tuesday morning, the city's leader said the fact that HKSAR has an executive-led political system has become increasingly clear through recent debates.

She expressed her hope that the matter wouldn't be sensationalized further.

While Hong Kong adopts an executive-led political system, Lam said that it doesn't mean the chief executive would interfere in the city's judicial independence.

It is the chief executive's main duty to fully and accurately implement in the city the Basic Law, which stipulates that the courts shall exercise judicial power independently, free from any interference, she said.

Apart from some ill-intentioned politicians trying to stir up controversies in the society, Lam said some residents' misunderstanding of "separation of powers" could also be due to inadequate public education on this.

From now on, the SAR government will put in serious efforts to strengthen Basic Law and National Security Law education at schools, Lam said.