The first open community dialogue between the Hong Kong Special Administrative Region's leader and the public kicked off on Thursday, marking a vital stride for the city, which has been roiled by escalating violence for more than three months, to move forward. 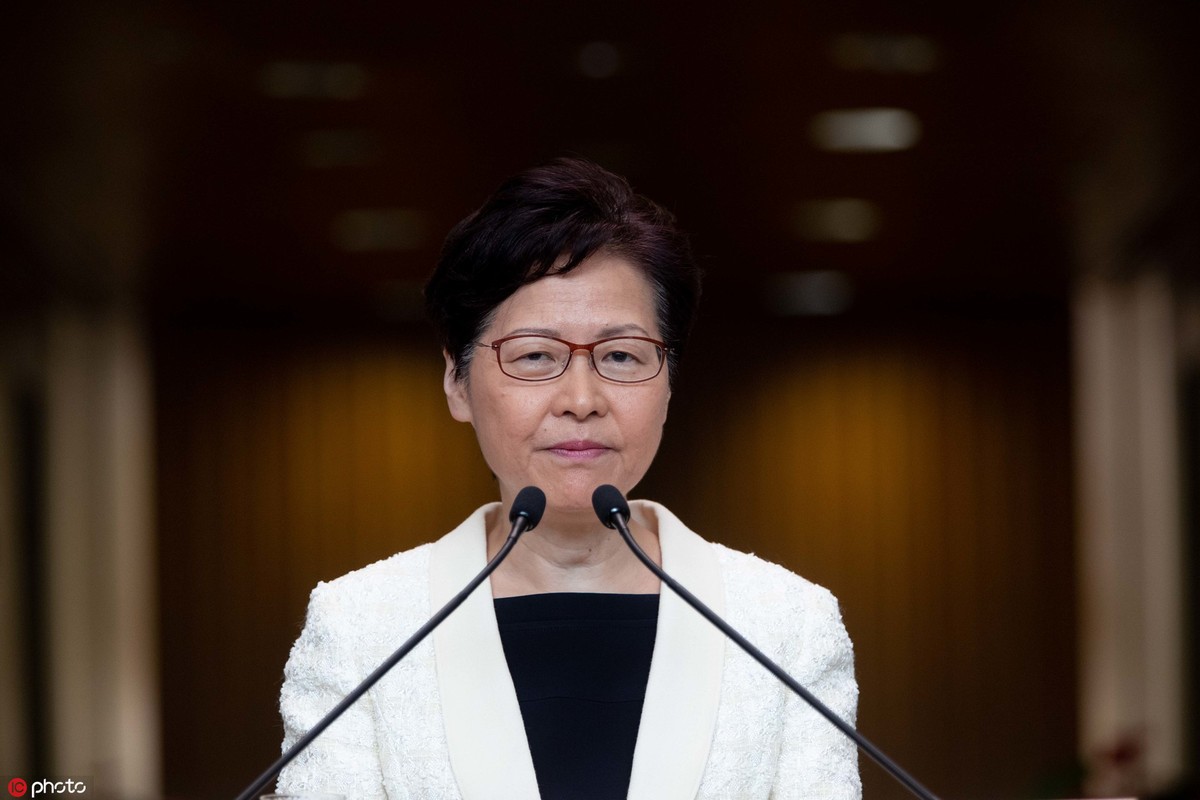 Participants, invited to express views by drawing lots, were allocated three minutes each to express their views. Lam and the officials may provide integrated responses to questions raised by more than one participants.

To maintain order, participants were not allowed to bring any materials that might disrupt the event, including megaphones, umbrellas and other such equipment.

Direct dialogue with the public is one of the four initiatives Lam proposed to mend social rifts caused by the protracted anti-government protests since mid-June, which have severely affected the city's economy and people's livelihoods.

Ahead of the event, veteran politician Tam Yiu-chung called on the public to treasure the open dialogue platform, which he hopes will give a new start to the city.

Tam, a Hong Kong member of the Standing Committee of the National People's Congress, the nation's top legislature, told China Daily that a rational dialogue to review government's shortcomings and improve its governance is in the best interest of the people of Hong Kong.

Constructive suggestions will allow the government to reflect on things that could have been done better, Tam said.

He also expressed expectations on the upcoming Policy Address in October, which Lam earlier said would center on the long-standing housing issue.

The opinions were echoed by Lau Siu-kai, vice-president of the nation's leading Hong Kong affairs think tank - the Chinese Association of Hong Kong and Macao Studies.

Lau called the dialogue a good start for Hong Kong to move out the current impasse.

He hoped that after hearing voices from the public on the society's deep-rooted problems, there would be relevant policies to solve the problems.

The scholar also said the government could learn from the lesson and connect with the public in a more proactive manner.

He noted that despite the recent turbulence, Hong Kong still maintains its core competitiveness. As long as there is a stable political environment, he has faith in the city's future development.