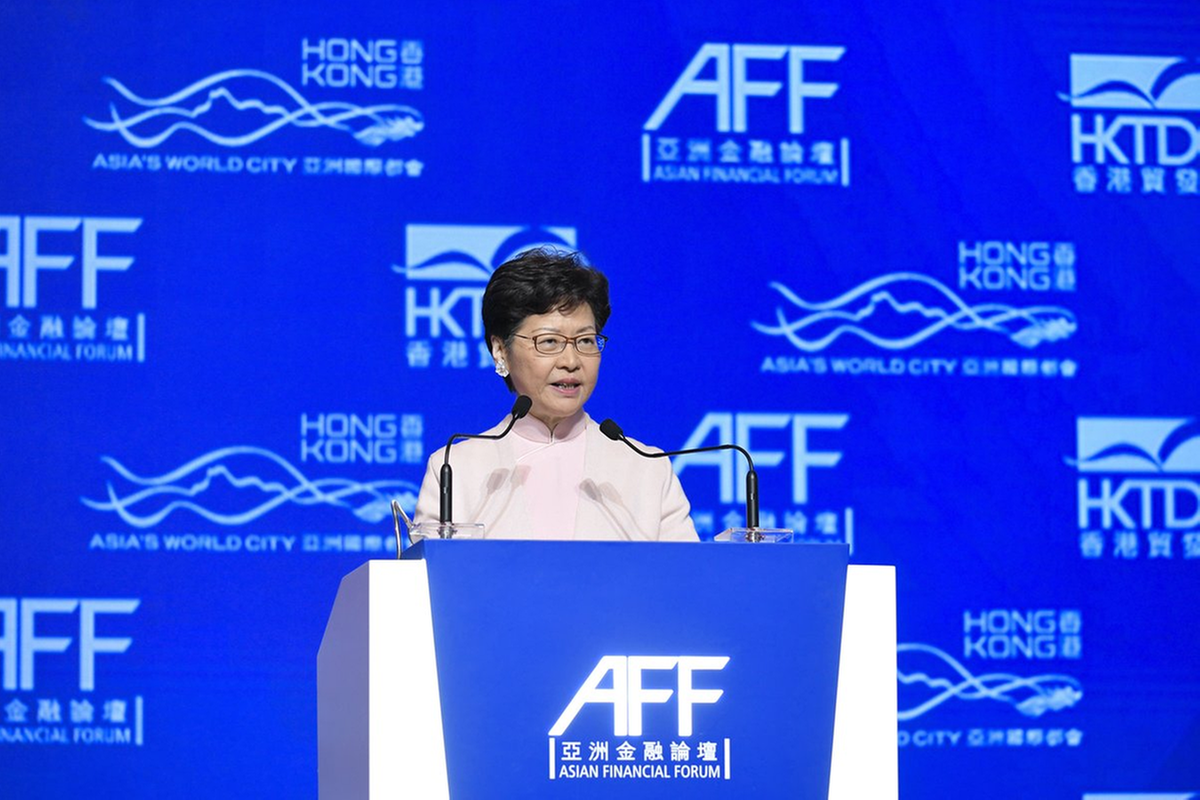 Speaking to the media on Tuesday ahead of the weekly meeting with her cabinet, the Executive Council, Lam said she is "extremely grateful" to the judiciary for devising ways to cope with the large number of arrests and prosecutions so that justice can be "effectively served" amid the unprecedented challenges facing the city.

Her remarks came a day after Chief Justice Geoffrey Ma Tao-li said in his address at the opening of the new court year that a task force had been set up to study how courts should manage the surging volume of cases.

Ma said extending the courts' sitting hours would be one way to expedite proceedings in protest-related cases. Hong Kong's massive anti-government protests, triggered by a now-withdrawn extradition bill, had led to 6,956 arrests and 1,051 prosecutions as of Jan 2.

Meanwhile, Lam also said the government will not be lax in its efforts to control the spread of the viral pneumonia that originated in Wuhan, Hubei province, as the Lunar New Year holiday approaches with its heavy travel.

The authorities have notified entry ports, restaurants, hotels and universities to scale up sanitation work and closely monitor the health condition of travelers and mainland students, Lam said. Residents have also been urged to maintain careful personal hygiene.

A team of health officials returned to Hong Kong from Wuhan on Tuesday night after being briefed on control measures and clinical experience by mainland health departments. They will provide more details about the two-day trip on Wednesday, Lam said.

In two or three days, experts from the Centre for Health Protection and the University of Hong Kong are expected to announce a fast-track diagnostic test for the mystery disease. They had obtained the genetic sequence of the novel coronavirus from mainland authorities. The new test will provide more accurate results and shorten diagnostic time to less than three hours.

As of noon on Tuesday, 71 patients with Wuhan travel histories had displayed symptoms of fever and respiratory infection, including pneumonia, in the past two weeks. But none of them have been diagnosed with the Wuhan strain of the virus.