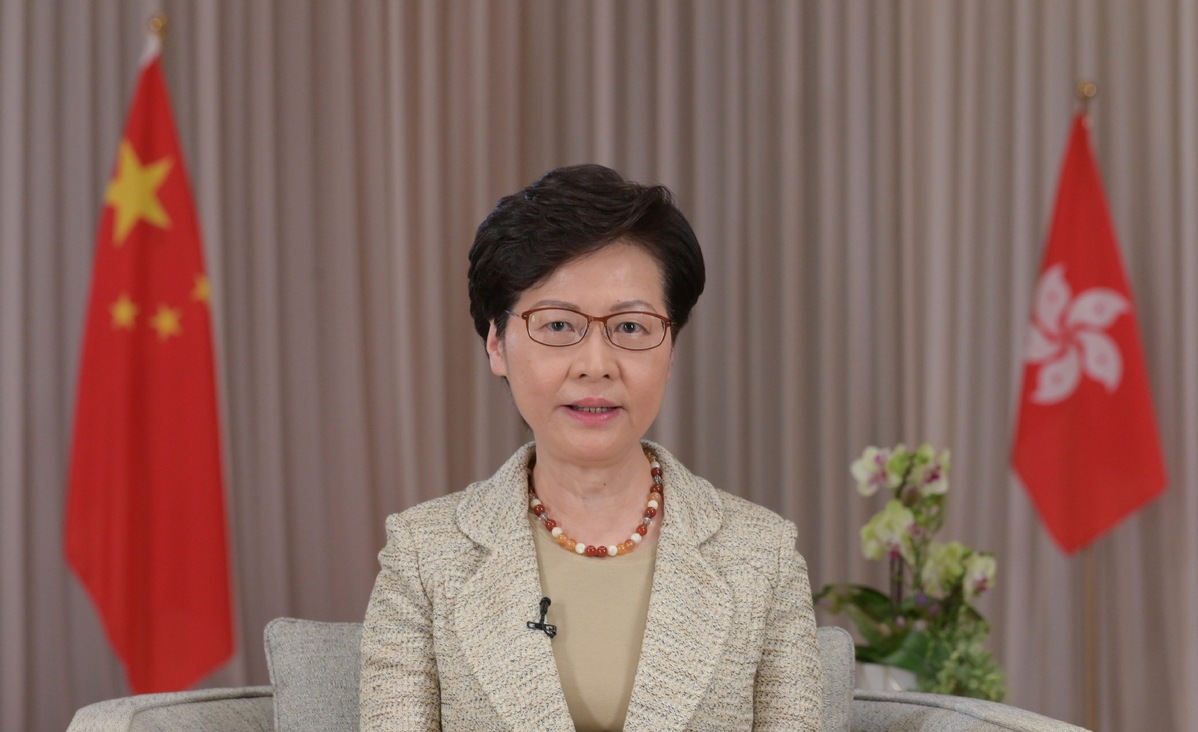 Hong Kong Chief Executive Carrie Lam Cheng Yuet-ngor said Tuesday that the performance of the stock market in the week since the enactment of the National Security Law has been positive, in stark contrast to doomsayers' unfounded predictions.

Speaking to the media before the weekly Executive Council meeting, Lam said she noticed an increasing appreciation for the positive effects of the law, particularly in restoring stability in the special administrative region, as reflected by recent market sentiment.

The Hang Seng Index saw a 2.9 percent jump on Thursday, the first day of trading after the new law came into effect on June 30. It has maintained its momentum and climbed as high as 26,782 on Tuesday, the highest it has reached in four months.

Lam said the market is a strong rebuttal to allegations that the law signifies the death of "one country, two systems" and is putting the city in jeopardy. She added that with time and effort, confidence will grow in the principle and in Hong Kong's future.

The government will continue to put into place effective enforcement mechanisms, explain provisions and enhance education about the law, Lam said.

On Tuesday afternoon, leading officials appeared in a joint panel at the city's legislature to explain the law's details.

Also, the law's implementation rules, which took effect on Tuesday, have received positive responses from civic leaders and legal heavyweights in the city.

Producing implementation rules is in accordance with the National Security Law, according to legal professor Albert Chen Hung-yee, also a member of the Committee for the Basic Law of the Hong Kong Special Administrative Region.

According to those rules, a police officer with the rank of assistant commissioner or higher can authorize officers to enter premises to search for evidence without a court warrant in a critical situation.

Senior Counsel Ronny Tong Ka-wah held that the arrangement is to reduce the chances for offenders to destroy evidence.

Wong Yuk-shan, a Hong Kong deputy to the nation's top legislature, the National People's Congress, told China Daily that with the rules in place, the police will have clear guidance when carrying out tasks related to national security, which will reduce misunderstanding.

He rebutted claims that the rules grant the police unbridled powers to enforce the law, citing certain restrictions, such as the police being allowed to enter premises for evidence collection without a court warrant only in a critical situation.

Wong added that without that provision in the implementation rules, the police might not effectively enforce the law in critical situations.