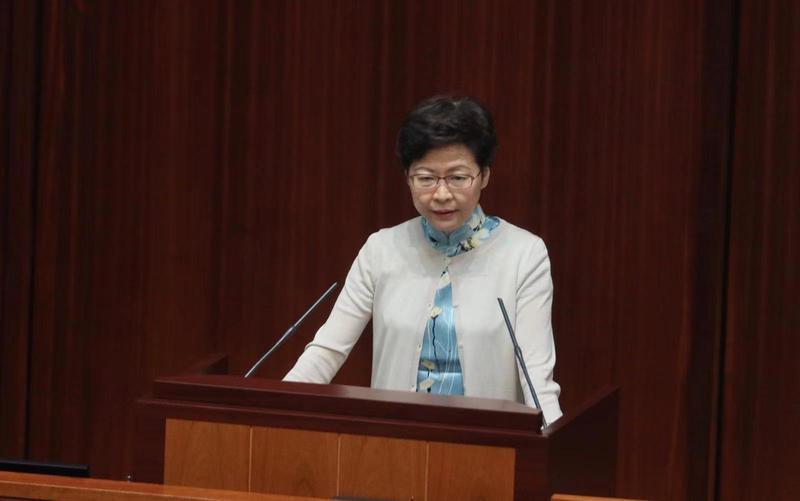 Hong Kong Chief Executive Carrie Lam Cheng Yuet-ngor on Friday vowed to double down efforts to strengthen the implementation of the National Security Law for Hong Kong and improve the legal system for safeguarding it in a bid to live up to the expectation of the central government.

Lam also pledged to make every effort to hold the three upcoming elections, which will involve the city's chief executive, legislators, and Election Committee members, smoothly.

The seminar was simultaneously held in Beijing, Hong Kong and Macao. It was reported that about 300 guests attended the event, including senior officials from the central government and the SAR government, Hong Kong members of the national legislators and political advisers, and various political and legal scholars.

Xia Baolong, director of the Hong Kong and Macao Affairs Office of the State Council, delivered a speech at the seminar.

During the one-hour speech, Xia said the National Security Law for Hong Kong has an "immediate" effect on cracking down activities that endanger the national security.

Xia expressed his gratitude toward the efforts of Committee for Safeguarding National Security of the HKSAR in the implementation of the law, and also thought highly of the Hong Kong Police Force, Lam said.