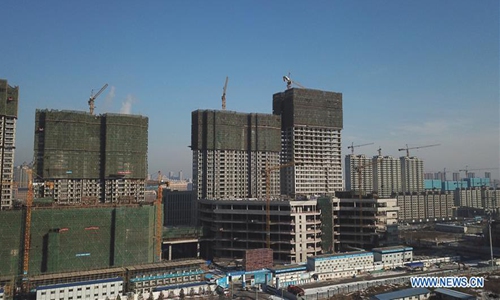 Transaction volume in 40 cities monitored by E-house China R&D Institute in February tumbled year on year, while the land price ticked up due to recovery of the land market in first-tier cities, the report said.

The land premium rate, which measures the extent that the highest-bidding property developers pay in excess of the starting asked land price, remained at record low with limited possibility to fall further, according to the report.

The report showed that the market in the second-tier cities significantly cooled down in both transaction and volume, and the third-tier cities also saw a gradual weakening trend.

After the outbreak fades away, the pent-up demands will be unleashed with local policy support, said Wang Yichen, a researcher at E-house China R&D Institute.

Wang said that considering the current low land premium rate, the market was unlikely to pick up in the short term, while further decline of the land price would also be limited.