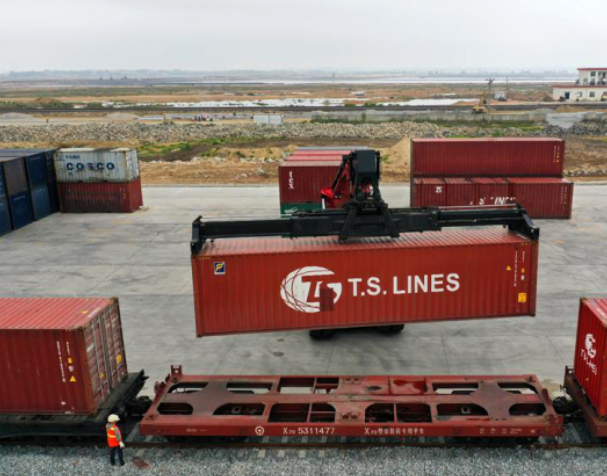 Freight such as auto parts worth a total of over 8 million yuan (about 1.2 million US dollars) will be transported by sea to India within about 20 days.

The new route is part of the New International Land-Sea Trade Corridor, a trade and logistics passage jointly built by western Chinese provincial regions and ASEAN countries under the framework of the China-Singapore (Chongqing) Demonstration Initiative on Strategic Connectivity.

With Chongqing as the transport hub, the corridor uses ports in Guangxi's Beibu Gulf to reach ports in ASEAN countries and links China-Europe freight trains from many western Chinese cities before heading for Central Asia, South Asia and Europe.

By the end of 2018, freight trains had made 805 trips via the corridor, which links 155 ports in 71 countries and regions worldwide.