CHONGQING, July 26 (Xinhua) -- A landslide has blocked a river in southwest China's Chongqing Municipality, forming a barrier lake that threatens nearby townships and a power station, local authorities said Sunday. 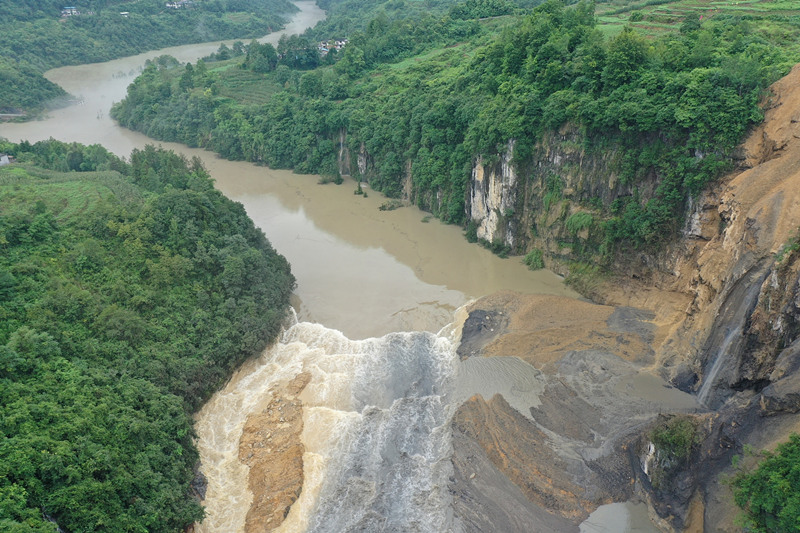 The barrier lake, caused by a downpour-triggered landslide measuring about 1.3 million cubic meters in size, was formed on the Yancang River, a tributary of Wujiang River, in Liujing Village in Wulong district, according to the government of Wulong.

The landslide body is currently unstable.

Officials said so far 520 local residents have been evacuated.