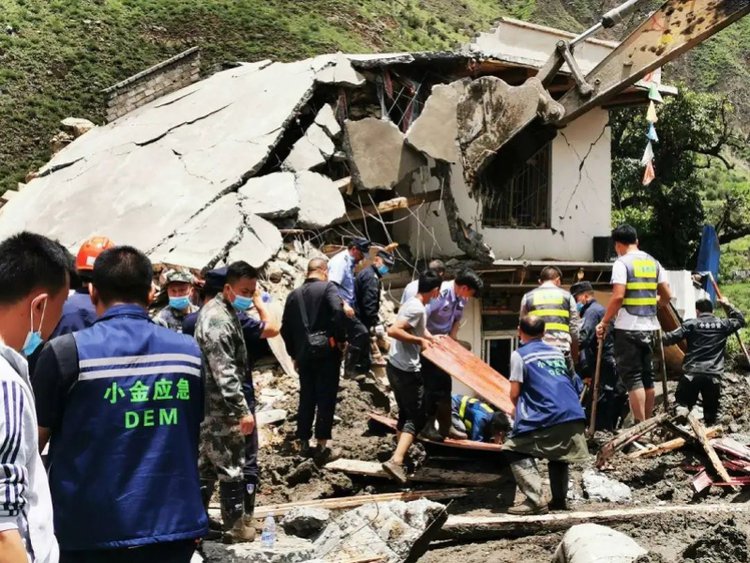 The landslide, in a village of Xiaojin County in the Tibetan Autonomous Prefecture of Aba, was reported at 6 a.m. on Monday after torrential rains hit areas of Aba, Garze, Liangshan, and Luzhou from Sunday, according to the provincial headquarters of flood control and drought relief.

Local farmhouses and crops were severely damaged, and road traffic was blocked. A Grade III emergency response was initiated.

As of 4:20 p.m., over 140 rescuers were still searching for the missing person, and relocating affected residents. They were dispatched by the local firefighting, public security, telecommunications, and medical departments.