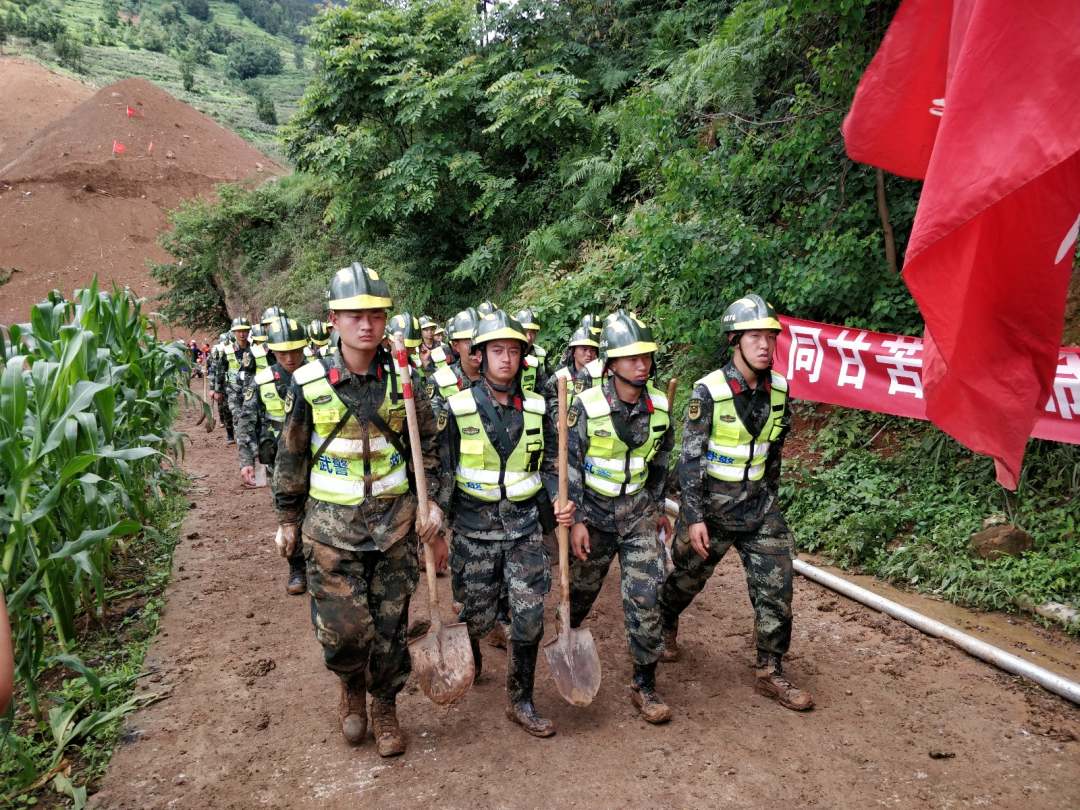 As of 6 pm on July 24, fifteen people were confirmed killed after a landslide hit a village in Shuicheng County, Guizhou Province on Tuesday. Rescuers said 30 others are missing. Rescue efforts are under way.(Photos: People's Daily app/ Cheng Huan) 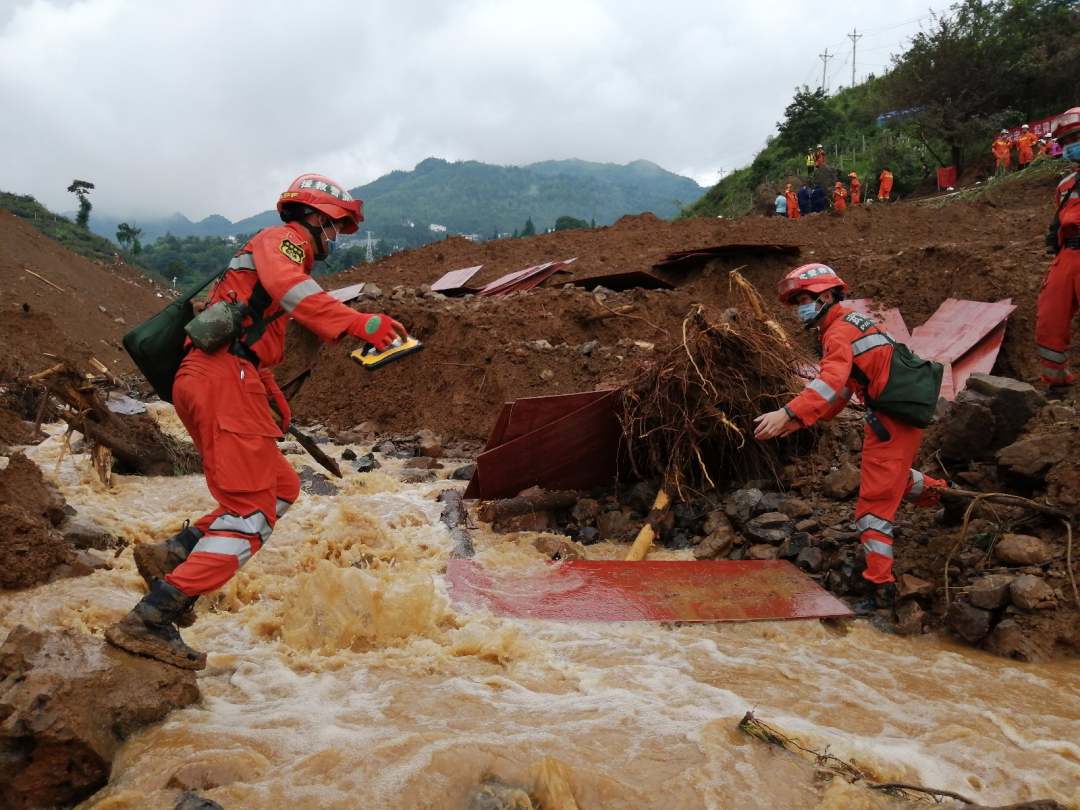 The second landslide happened following continuing rain, which added to the difficulty of rescue efforts. 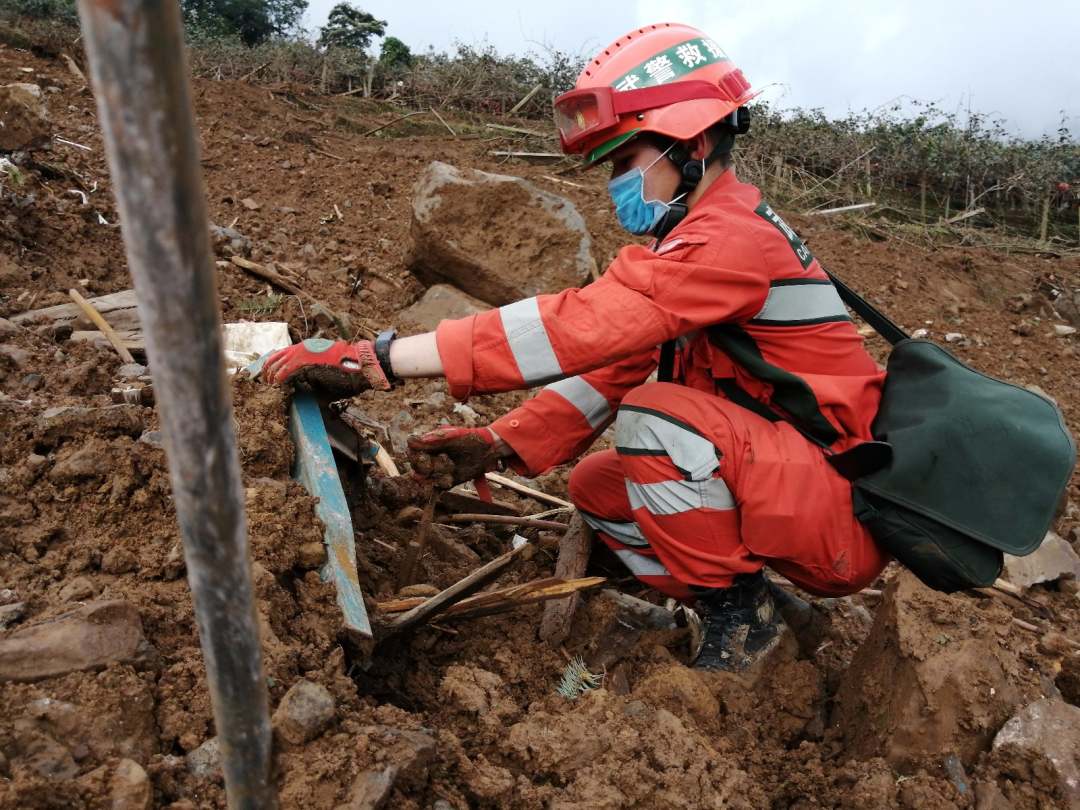 Rescue efforts resumed on the morning of July 25 after the rain stopped. 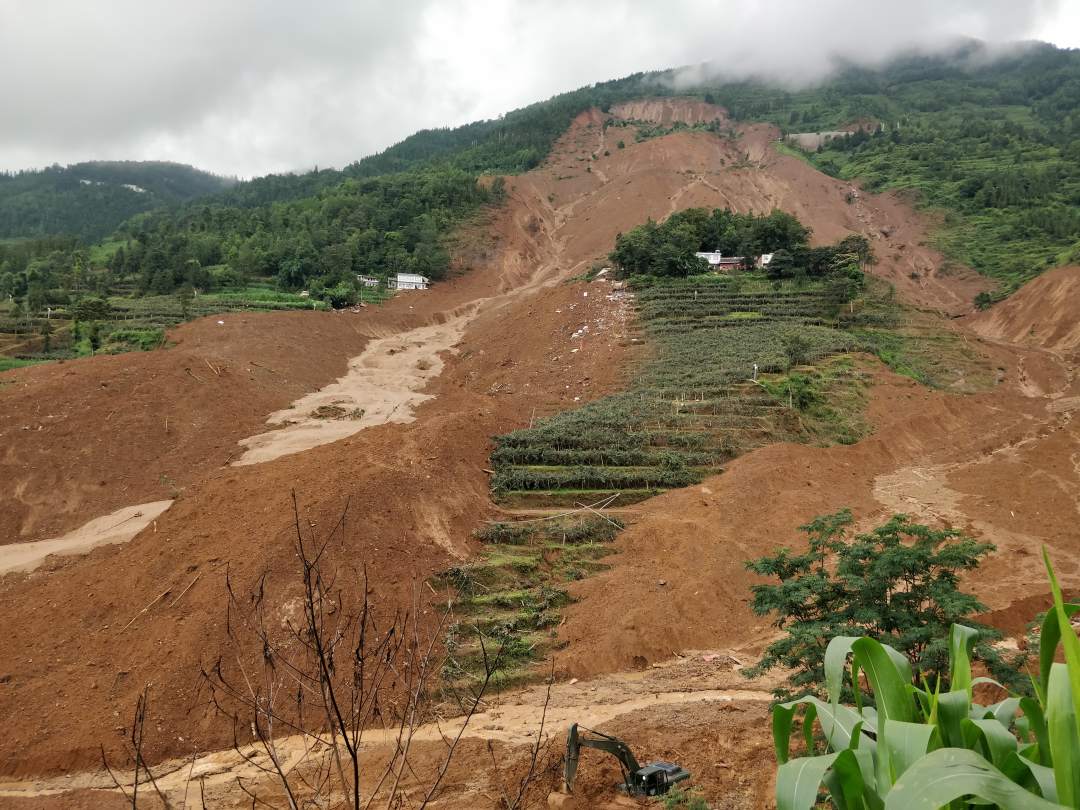 More than 800 rescue workers were involved in the rescue work. Large excavators and loaders were also being used to clear the area. Life detectors, Unmanned Ariel Vehicles (UAV), emergency base stations, sweep generators, satellite telephones and other equipment were brought in, and over 100 tents were set up to provide food, medicine and other relief supplies. 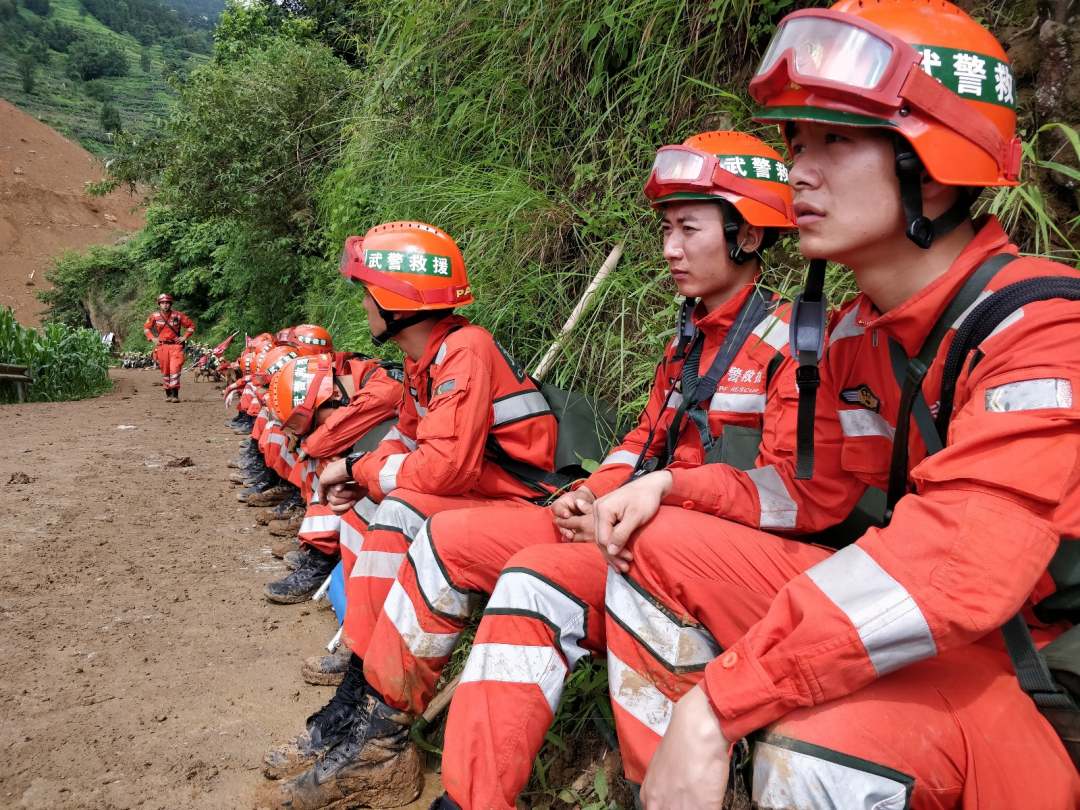 The rescue work was stopped because of the rain, and some rescue teams resumed search and rescue workd after the weather cleared on the morning of July 25.