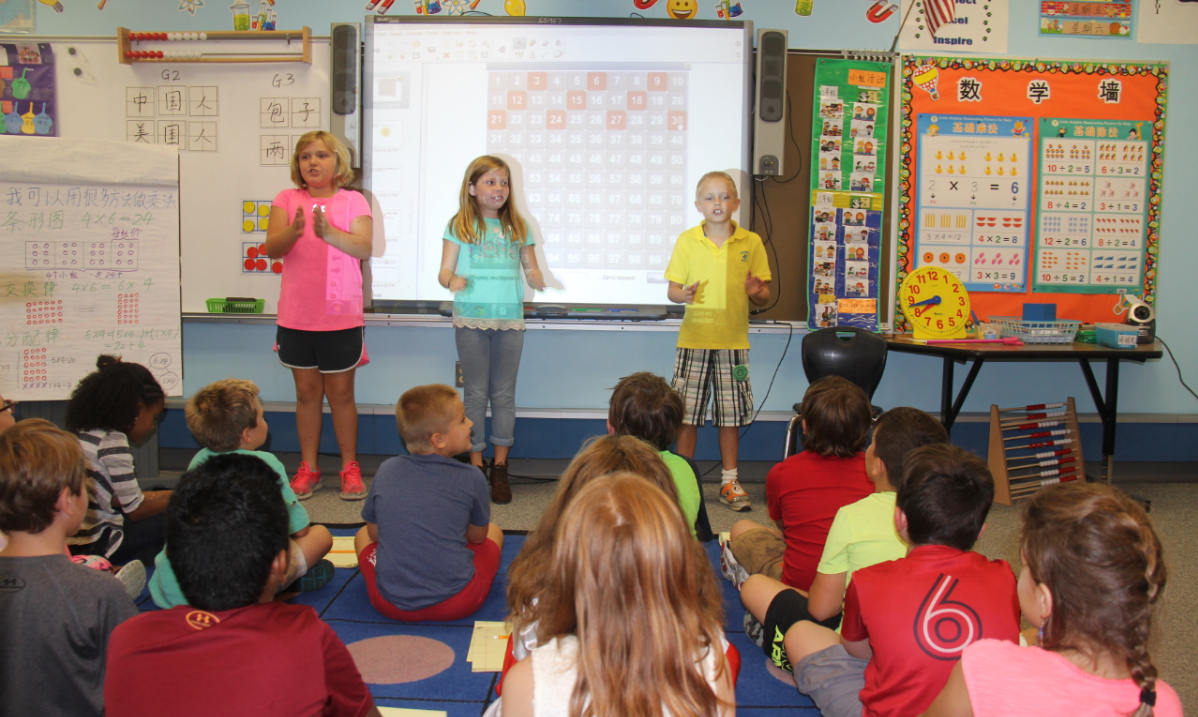 People would assume it an ordinary primary school in China when stepping into the West Side Elementary School in Cumberland, a small city in western mountainous area of Maryland, the US.

Chinese culture and education has gained popularity around the world in recent years. US is no exception and the trend of learning Chinese language is on the rise. Even US President Trump’s granddaughter is learning Chinese.

Molly Stewart, who is the principal of West Side Elementary School, takes pride of the Chinese language education in her school. Chinese courses have become one of the school’s calling cards, winning more respect and enhancing the prestige of the school, she said.

Stewart said that learning Chinese helps open a window for her school and Cumberland as well. The Chinese courses increases their interaction with China and the small city.

As an epitome of the trend, this elementary school embraces Dual Immersion Chinese Language Program and Confucius Class to its 400 or so students. Dual immersion language program in the school offers Chinese courses among kindergarten kids through fifth graders. Three full-time Chinese teachers and two volunteer Chinese language teachers have been participated in the program.

The program shifts from all-day Chinese language teaching to a fifty-fifty model, in which students spend a half day in English teaching and another half school day immersed in Chinese in higher grade. The teachers also adopt Chinese to teach the majority of the content subjects (mathematics, science and social studies).

Immersed in Chinese-speaking environment, students can strengthen their understanding of Chinese language and culture. West Side Elementary School has scored well in the annual Chinese Bridge language proficiency competitions in Washington DC. 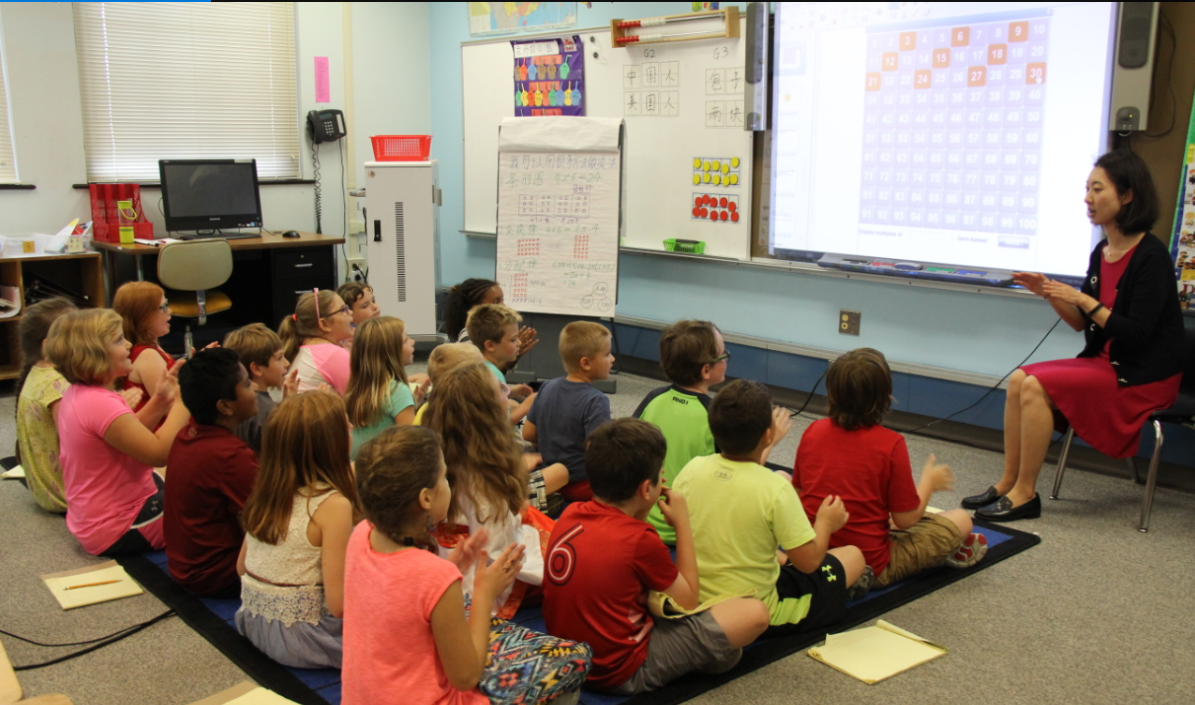 Meanwhile, it is no easy job for the students in Cumberland to study Chinese language given its relatively remote geographical location and limited budget. The school still strives to provide students with more access to Chinese culture.

Students and their parents expressed their support to and take warm response to the opening of Chinese courses. Parents said they are surprised to see their children to know more “Chinese elements,” such as panda, Peking opera and terra-cotta warriors. The unique cultural experience opens the window for the local people to understand the culture from an ancient oriental country.

One of parents surnamed Morgan said that she was moved to tears when seeing her twin daughters, Bao Bao and Bei Bei, the same names of duo pandas in Washington Zoo, performing on the stage of Chinese Bridge language competition. It’s been an excellent chance for them to have a closer connection with Chinese culture, she said.

Statistics indicated that a total of 110 Confucius Institutes and 501 Confucius Classes have been established in the US. Almost 400,000 students are learning Chinese today, doubled on that of 2015.

Chinese language learning has brought China and US closer. Confucius Institutes and Confucius Classes have become the friendship bond that links the Chinese and American people.

The experience of studying Chinese language inspires students to better defy the challenges from the future. Principal Stewart said she hoped that Chinese language would become a lifelong cultural skill for the students.