Laser guns and flamethrowers are being used by the local electricity company to remove foreign objects like stuck kites and balloons from overhead cables. 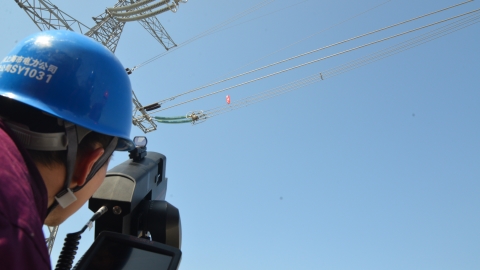 Nylon string and kite cords made of metal are more likely to trigger short-circuits which may lead to widespread blackouts. They were previously not easy to remove because of their height.

But with a laser gun or a flamethrower attached to a drone, maintenance staff can finally get rid of these dangerous foreign objects more efficiently.

The tail of a kite hanging on an overhead power line more than 50 meters off the ground near Gongqing Forest Park in Yangpu District was spotted on Sunday.

Staff soon brought the laser gun to the scene and were able to lock on to the object like a target. 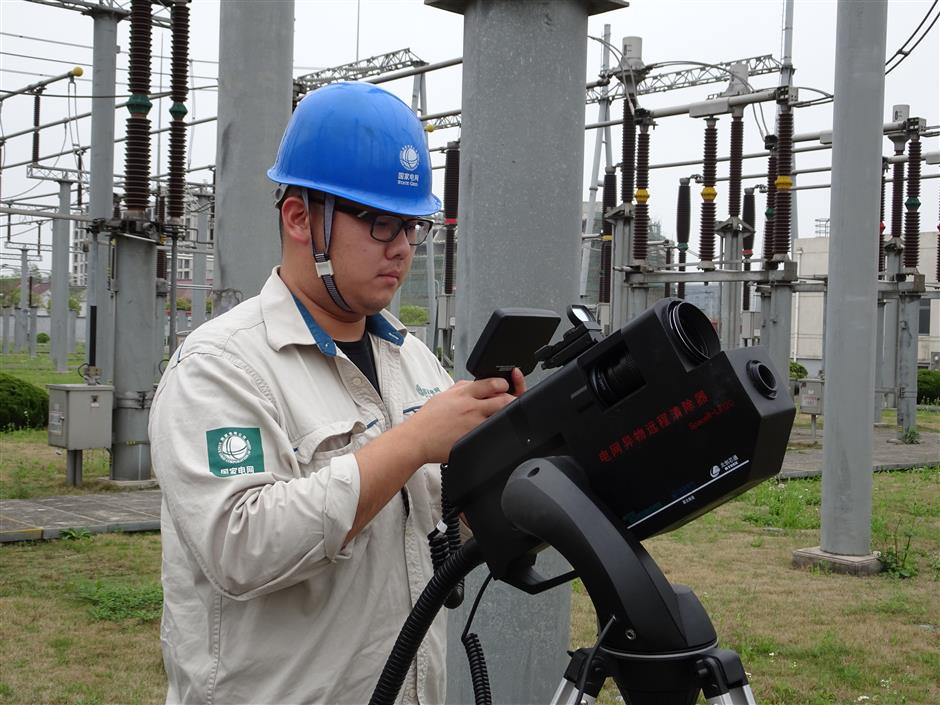 A staff member from the local electric company operates a laser gun.

“Once aimed at the right spot, the gun will send a laser out and accurately burn the part of the object where it was entwined with the cable,” Zhu Yingjie, a member of the maintenance team, said. “It usually takes less than five seconds to remove the object.”

Zhu said that although the laser will generate heat at the target spot and burn the object, the electric cables won't be damaged in the process since they're made from heatproof material.

For larger objects like plastic bags or kites, the electric company came up with the idea of using a flamethrower attached to a drone.

“The lasers can only target a fairly small area, so we usually use them to deal with strings,” Zhu said. “But the flamethrowers will completely incinerate bigger objects.” 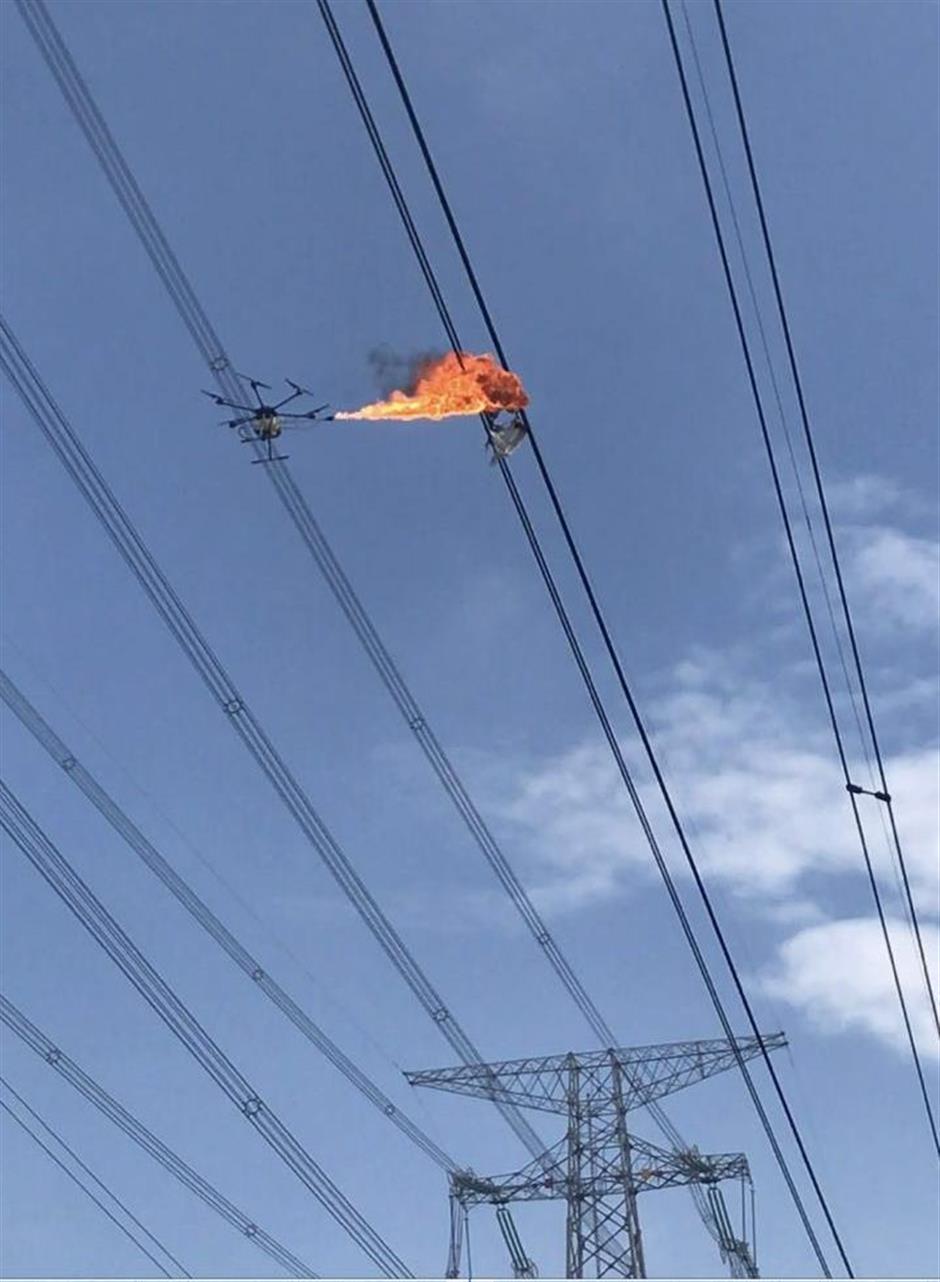 A flamethrower incinerates an object stuck on overhead cables.

It is not easy to master a flamethrower, Zhu added, and the operator needs to keep a safe distance while dealing with possible electromagnetic interference.

“You have to consider the wind direction so that the flame won’t be blown back at the drone,” Zhu said. The drone's position also needs to be held steady for a period of time while the object is being targeted.

The city's electric company has so far used the laser gun and flamethrower to successfully clear more than a dozen objects stuck on cables.

People are advised not to fly kites or play with balloons within a 300-meter radius of overhead cables.