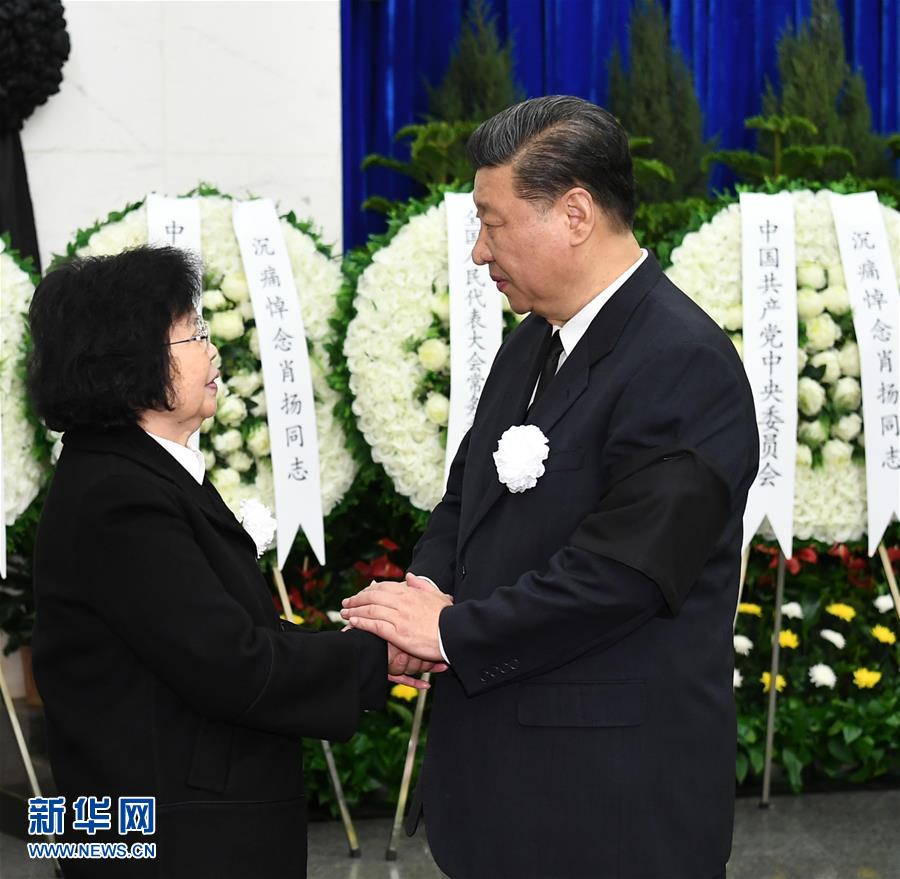 BEIJING, April 22 (Xinhua) -- The cremation of Xiao Yang, former president of the Supreme People's Court, was held Monday in Beijing.

Xiao passed away due to illness, aged 81, in Beijing on April 19.

Xi Jinping, Li Keqiang, Li Zhanshu, Wang Yang, Wang Huning, Zhao Leji, Han Zheng, Wang Qishan, Jiang Zemin and Hu Jintao had either visited Xiao when he was in hospital or offered their condolences to his family after his death.

Xiao was described in an official statement as an excellent member of the Communist Party of China, a loyal Communist fighter and an outstanding leader in the country's political and legal work.