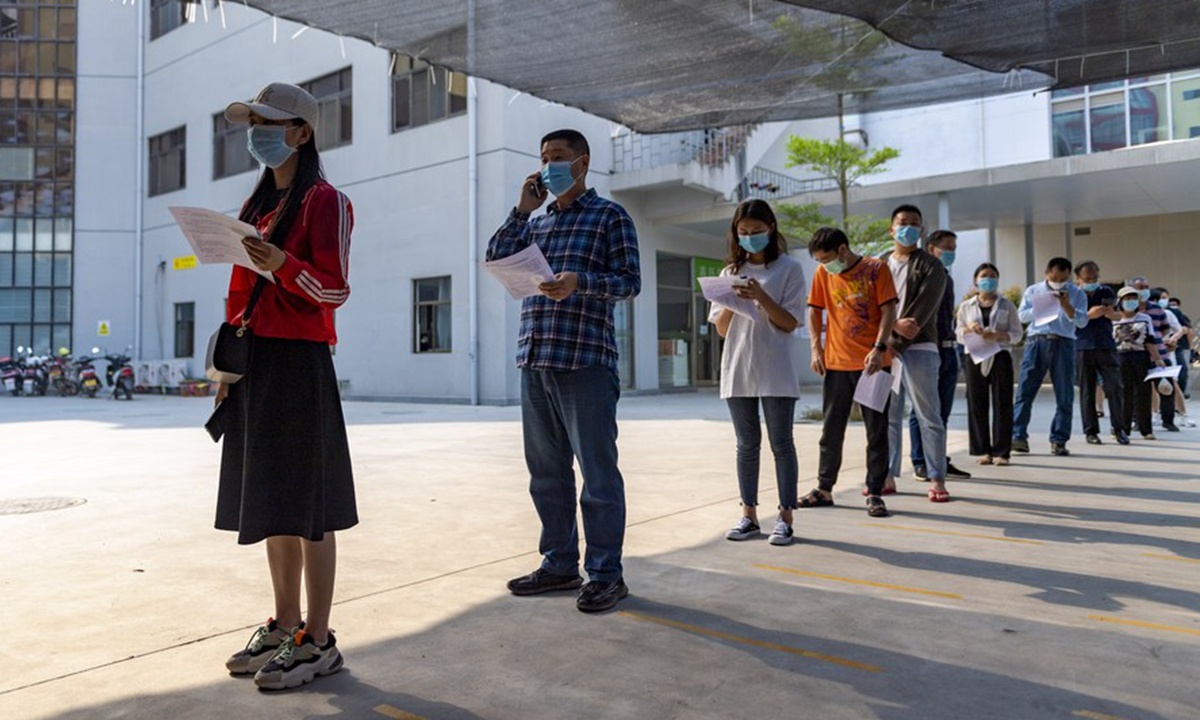 Gene sequencing showed that the virus in Ruili's cases is highly homologous, and very similar to the sequence previously reported by Myanmar. It is suspected to have been imported from Myanmar via people or goods, local authorities said at a news conference on Saturday. The virus is unrelated to previous outbreaks in other cities in China, indicating it is not a local subsequent epidemic.

Ruili in Southwest China's Yunnan Province reported seven locally transmitted cases and five asymptomatic infections as registered on Friday, the fourth day of the latest COVID-19 flare-up in the border city, showing no sign of a large-scale transmission.

With the city's immediate and decisive epidemic prevention and control methods, the current round of COVID-19 outbreak will not be widespread and will be quickly brought under control, experts say while urging city-wide vaccination in border cities.

After reporting a few cluster infections on Wednesday, the China-Myanmar border city responded to the unexpected resurgence by immediately launching the citywide nucleic acid testing on Wednesday, and later started a five-day citywide vaccination aiming at inoculating 300,000 residents by Tuesday.

"Based on the measures carried out by the government of Ruili in the past few days, it suggests that the outbreak has been dealt with in its early stages and that its overall scale would not be too large," Wu Zunyou, the chief epidemiologist of the Chinese Center for Disease Control and Prevention said on CCTV on Friday.

China has experienced more than 20 similar outbreaks and has a lot of experience in dealing with them. Despite taking swift preventive and control measures, the local government will do its best not to disturb the normal life of the residents, Wang Guangfa, a respiratory expert at Peking University First Hospital, told the Global Times on Saturday.

The outbreak has made Ruili the first city in China to adopt universal vaccination following an outbreak. Gong Yunzun, Party chief of the city told the media that the city's vaccine supplies are sufficient, and the latest batch of vaccines of 159,000 doses were flown in on Thursday evening.

"Herd immunity might be achieved after the citywide vaccination program," Gong said.

Wang Guangfa noted that this measure is a reference for other border cities in China for future epidemic prevention and control.

"China has a long border, and many small border towns do not have natural barriers with neighboring countries. So there is likely to be a risk of importation of epidemics brought in by people or goods," Wang said. He also noted that the outbreak in Ruili has exposed some of the loopholes that exist in China's current border epidemic prevention.

"Previously, we prioritized high-risk and key populations for vaccination," Wu said, "after this outbreak, we are reminded that universal vaccination should be carried out as a priority in all areas at the border, especially where outbreaks have already occurred."

Upon the COVID-19 resurgence, Ruili set up 506 border points with more than 3,900 people taking turns to be on duty. Gong said that the authorities have planned to shore up border barricades to prevent stowaways from illegally making their way into China.

"Among China's many neighbors, some do not have the capacity to control epidemics," Wang noted. "If the Chinese government can provide more support to these countries in terms of medical resources, it will also effectively reduce the risk of imported epidemic."

As of Friday, a total of 26 confirmed cases and 53 silent carriers have been reported in the latest flare-up in Yunnan.