Latest entry suspension for some non-Chinese nationals is temporary: FM 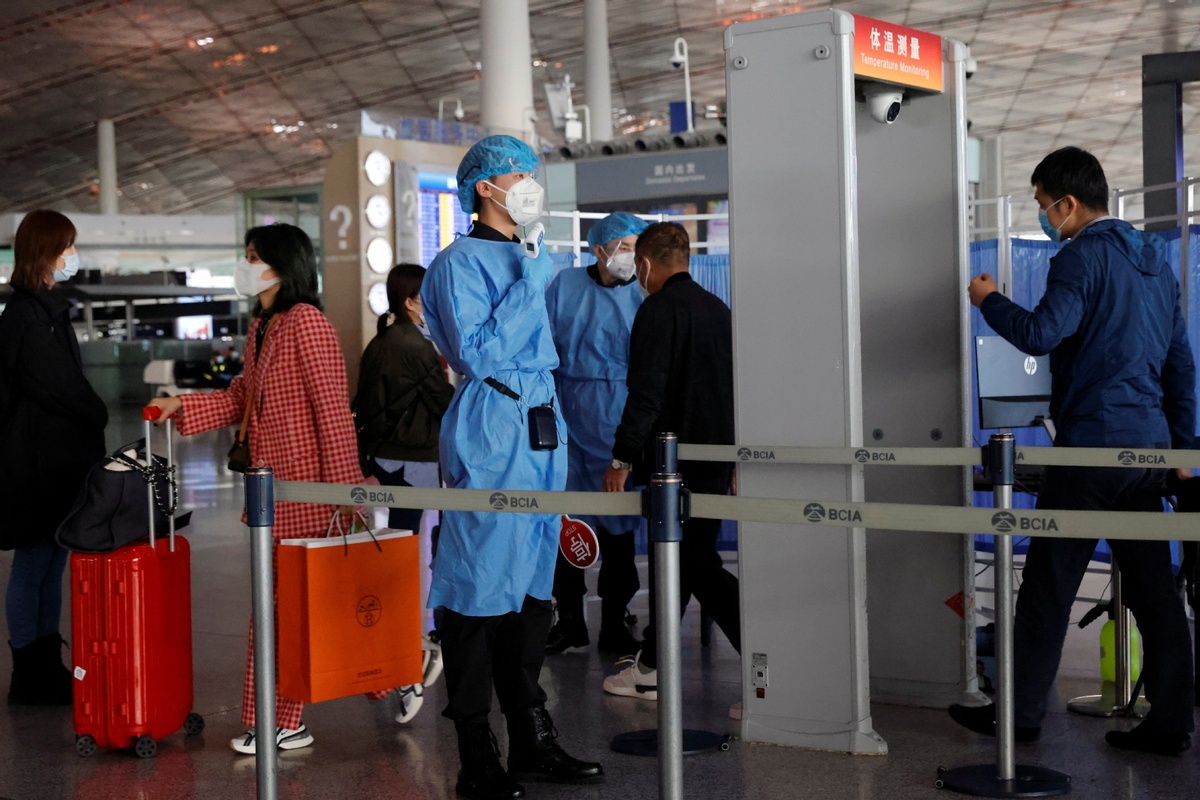 Medical staff members check the temperature of people as they enter at Beijing Capital International Airport, following an outbreak of the coronavirus disease (COVID-19), in Beijing, China, Nov 5, 2020. (Photo:Agencies)

China's Foreign Ministry confirmed on Thursday that the suspension of entry for non-Chinese nationals from some countries - including the UK, Bangladesh and the Philippines - is only a temporary measure in response to the spike in COVID-19 cases in those counties; it is both reasonable and in line with international practice.

Wang Wenbin, spokesperson of the Chinese Foreign Ministry, said at the daily press conference that the notice issued by Chinese embassies in certain countries makes it clear that this is only a temporary measure that China is forced to take to ensure the country upholds its epidemic prevention and control situation.

Drawing on the experiences of other countries, China has adjusted its policies for the relevant personnel to China, in light of the changes in the pandemic, Wang said.

He noted that the suspension is reasonable, in line with international practices, and believed that the policy, although upsetting for some people hoping to come to China, would be understood by the general public.

Also, he advised that the public look out for updates on the policies issued by the Chinese embassies in relevant countries.

The Chinese Embassy in Bangladesh on Thursday announced on its website that due to the COVID-19 pandemic, China has decided to temporarily suspend entry for people in Bangladesh with valid Chinese visas and residence permits for work, private affairs and family reunions to China.

The embassy will not issue Certified Health Declaration Forms for the above-mentioned personnel, the notice said.

The Chinese embassies in the UK and the Philippines also released similar notices, on Wednesday and Thursday, respectively.

The suspension comes as COVID-19 continues to ravage many countries around the world.

The UK reported 25,177 positive cases and 492 deaths on Wednesday. Their total number of positive cases has reached 1,099,059, with 47,742 deaths, data on the UK government's website showed on Thursday.