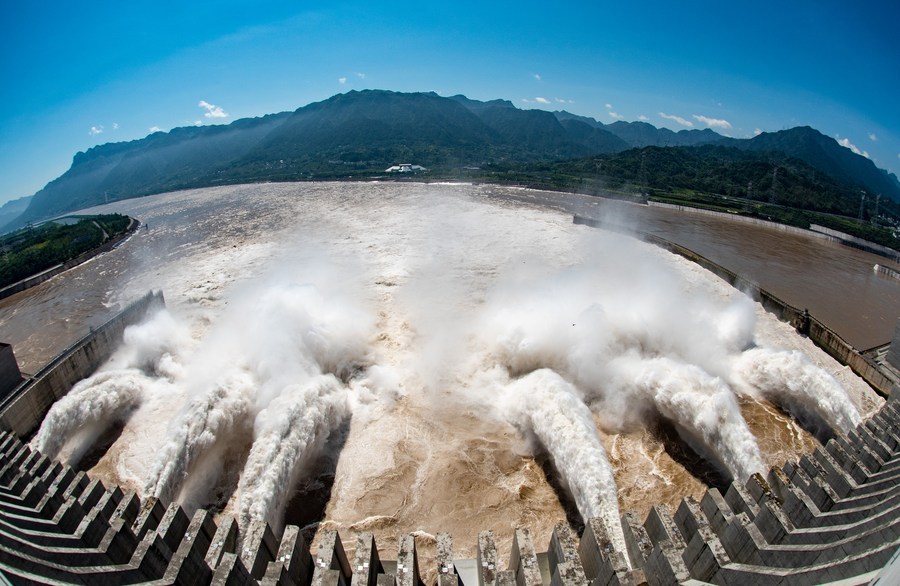 WUHAN - Yangtze River's fifth flood of this year has smoothly passed the Three Gorges Dam after pushing the reservoir's water level to a record high.

The water level at the Three Gorges reservoir started to recede after reaching 167.65 meters at 8 am Saturday, the highest since the reservoir was built in 2003, according to the Changjiang Water Resources Commission.

Yangtze River, China's longest, on Aug 17 recorded the fifth flood of the year in its upper reaches after a spell of heavy rainfall, three days after the fourth flood was recorded on Aug. 14.

The fifth flood of Yangtze, along with a flood of Jialing River, resulted in severe flooding of Chongqing in Southwest China. This made the city activate a top-level response to the floods on Tuesday, the highest rung in the country's four-tier emergency response system.

The floods caused an emergency evacuation of 251,000 people and inundated 23,700 shops, but did not lead to deaths, according to the municipality's emergency management bureau.