BEIJING, Dec. 24 (Xinhua) -- Effective enforcement of China's renewable energy law has boosted renewable energy utilization in the country and facilitated the rapid development of the sector, according to a report. 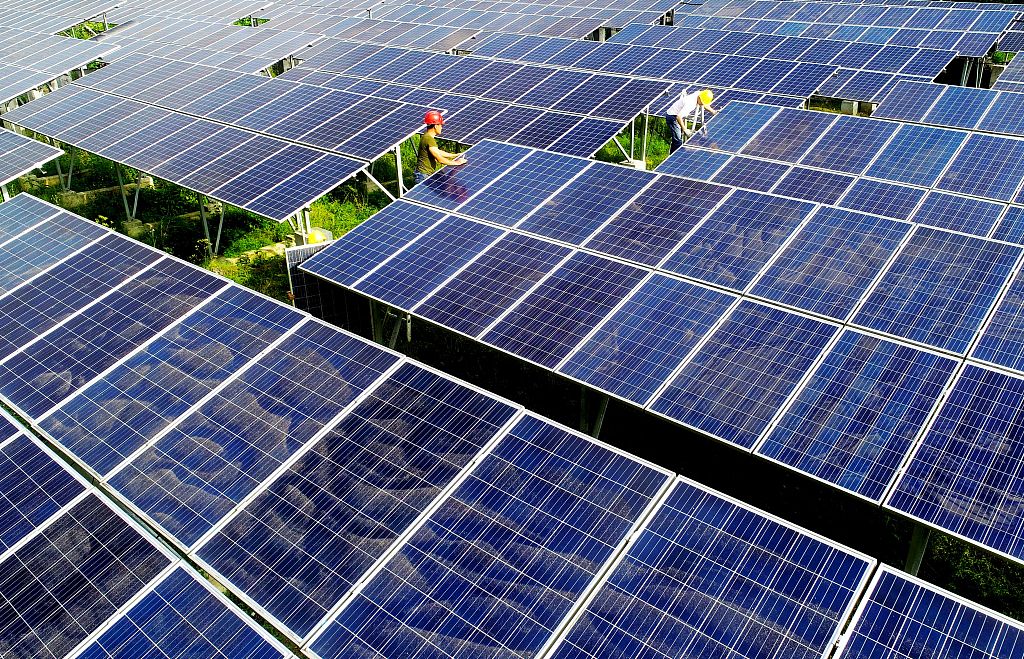 The report on the enforcement of the renewable energy law was submitted on Tuesday to the ongoing bimonthly session of the National People's Congress (NPC) Standing Committee.

The power generated by renewable energy amounted to nearly 1.87 trillion kilowatt-hours in 2018, accounting for 26.7 percent of China's total power output in the year, according to the report.

Ding Zhongli, vice chairman of the NPC Standing Committee, briefed lawmakers on the report at the second plenary meeting of the session.

An inspection of the enforcement of the law was launched from August to November. A total of 21 members of the NPC Standing Committee and the NPC Environmental Protection and Resources Conservation Committee, as well as national lawmakers, traveled to six provincial-level regions on inspection tours. Twelve provincial-level legislatures also inspected law enforcement efforts in their jurisdictions.

Relevant agencies under the State Council have rolled out over 100 companion regulations and policies of the law to foster a good policy environment for the development of renewable energy. Local regulations have also been formulated based on local conditions, according to the report.

As stipulated in the law, a thorough investigation into the national conditions of renewable energy resources was launched. An atlas of China's solar energy resources and an assessment of the country's wind energy were issued in 2008 and 2014, respectively. Relevant State Council agencies have also rolled out five-year plans for the development of renewable energy, guiding the direction of the sector.

Major stipulations of the law have been implemented, the law has been effectively enforced, and the purpose of the legislation has been fulfilled, Ding said.