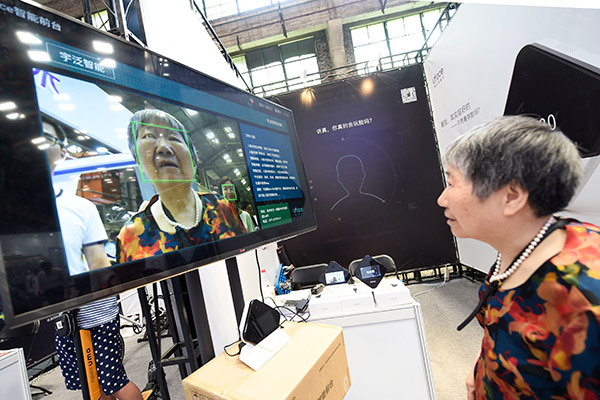 A senior citizen tries out facial recognition technology at a fair in Hangzhou on May 27, 2017. (Photo: China Daily)

China's Civil Code, which came into force on Friday, will help people be braver in saying "no" to things that disturb their private lives, including prank calls and spam messages, as it strengthens protection of their privacy and personal information, legal professionals said.

Regarded as an encyclopedia of social activities and a key legal instrument to safeguard people's civil rights, the code is the first law called a "code" since the People's Republic of China was founded in 1949.

Adopted by the third session of the 13th National People's Congress, the country's top legislature, on May 28, the code is also milestone legislation in comprehensively advancing the rule of law and promoting the socialist system of laws with Chinese characteristics.

"It's the first time that a law defines what privacy is," he said. "In the past it was too vague, and that often gave us difficulties in case hearings and rulings."

Chen said he previously had to identify behavior that disturbed the peace of someone's private life, such as spam emails, as infringing on that person's dignity.

"But now I can firmly rule it is privacy infringement, as the code clarifies that privacy is an individual's private peace as well as his or her private space-activities and information that he or she does not want others to know," he said.

Specifically, individuals and organizations cannot disturb others' private peace by calls, text messages, instant messaging tools, emails or leaflets, according to the code, which also prohibits them from entering, photographing or peering at others' private space, such as residences or hotel rooms.

It also prohibits filming, spying on, eavesdropping or disclosing others' private activities, body parts and information.

"These specific rules, I believe, will not only be a backbone for residents to safeguard their rights to privacy, but also be a clear guideline for judges like me to solve relevant disputes more efficiently," Chen said.

Cheng Xiao, vice-president of the law school at Tsinghua University, welcomed the code's listing of various types of private space, but said it should be expanded to include more areas. 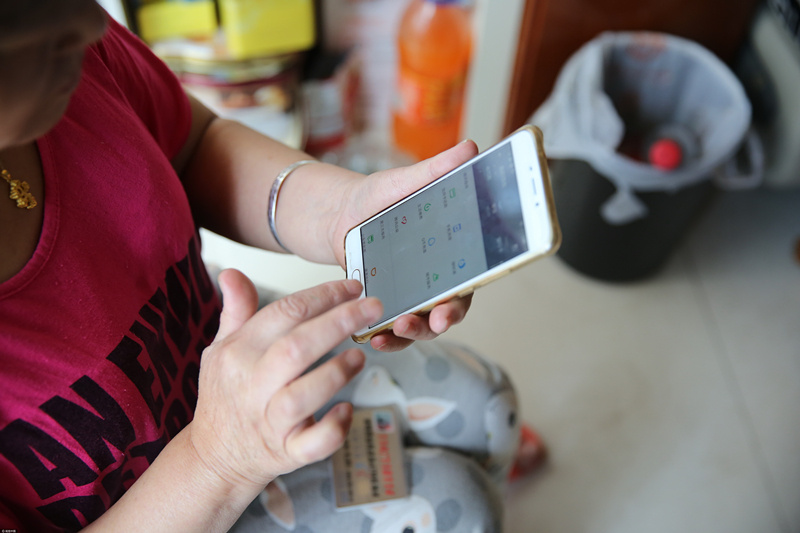 "For example, some private rooms in public places, including those in banks, restaurants, parks and bus stations, as well as some online platforms, such as a person's email inbox and his or her WeChat groups, can also be identified as private space," he said.

Ma Yide, a law professor at Zhongnan University of Economics and Law, said the section of the code on personality rights shines a spotlight on fundamental civil law and was drawn up to meet people's increasing demands for their personal rights and dignity to be protected.

While people enjoy the extra convenience brought by new technologies, including big data, artificial intelligence and cloud computing, many are also troubled by leaks of personal information, he said.

The code highlights the protection of personal information and says it includes an individual's name, birth date, identity card number, biological identification data, address, cellphone number, email address and information on his or her health and whereabouts, Ma said, "but it doesn't tell us what can be collected and how to handle it".

"More details, I think, will come soon in following legal documents, as ensuring information security while promoting information development is one major area that needs to be addressed," he added.

In October, China's first draft law on personal information protection was submitted to the NPC Standing Committee for a first review. In general, a draft will become a law after being deliberated upon by legislators three times.

The draft is based on the code, which states that organizations and individuals handling personal information should fully inform its owners and get permission before collecting, storing or using it, and that it must be processed in a safe environment.

"Some personal information can be used in some conditions, such as in public health incidents or emergencies, but it doesn't mean that it can be collected and opened at random," Chen said.

Given that irregularities have been found in the handling of personal information by some people, government departments and internet operators -such as overusing it, abuses in its collection and leaking it - he suggested they clarify what information must be collected and whether there are safe channels for doing so.

On Wednesday, the Supreme People's Court, China's top court, issued the first batch of seven judicial interpretations on the Civil Code, including its provisions on property, marriage and family, and inheritance.

The court also said it will conduct research on the need for more new content in the section on personality rights, such as privacy and personal information, and promised to draft and issue related interpretations or guidelines as quickly as it can.

"The vitality of a law is implementation. The code is no exception," Chen said.

As a judge specializing in hearing civil cases, he said he prefers to see more residents benefit from this fundamental law, so their private rights can be really protected by it.