BEIJING, Dec. 23 (Xinhua) -- China's top legislature Sunday started a second reading on draft revisions to laws on judges and prosecutors that will strengthen the protection of their rights and interests. 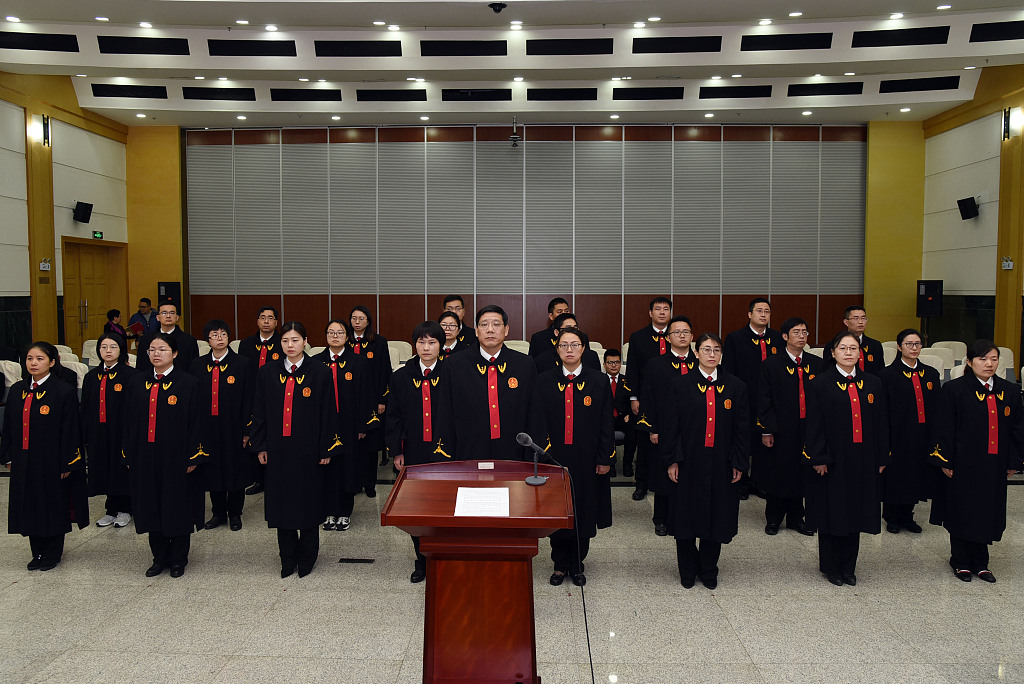 The new drafts will be further deliberated during the bimonthly session of the National People's Congress Standing Committee, which will run from Dec. 23 to 29.

The first readings were conducted in December 2017.

Compared with the first drafts, the new drafts highlight that the legitimate rights and interests of judges and prosecutors should be protected.

The drafts in the general provisions stress that the work of judges and prosecutors should not experience interference by administrative organs, civil society organizations or individuals.

The drafts elaborate on measures that should be taken to protect the personal safety of judges and prosecutors.

In addition, the proposed revisions introduce a quota system for judges and procurators, noting that judicial organs at the primary level and in areas with more workloads should be prioritized with higher quotas.

Vacant judge and prosecutor posts should be filled in a timely manner, the documents also stipulate.