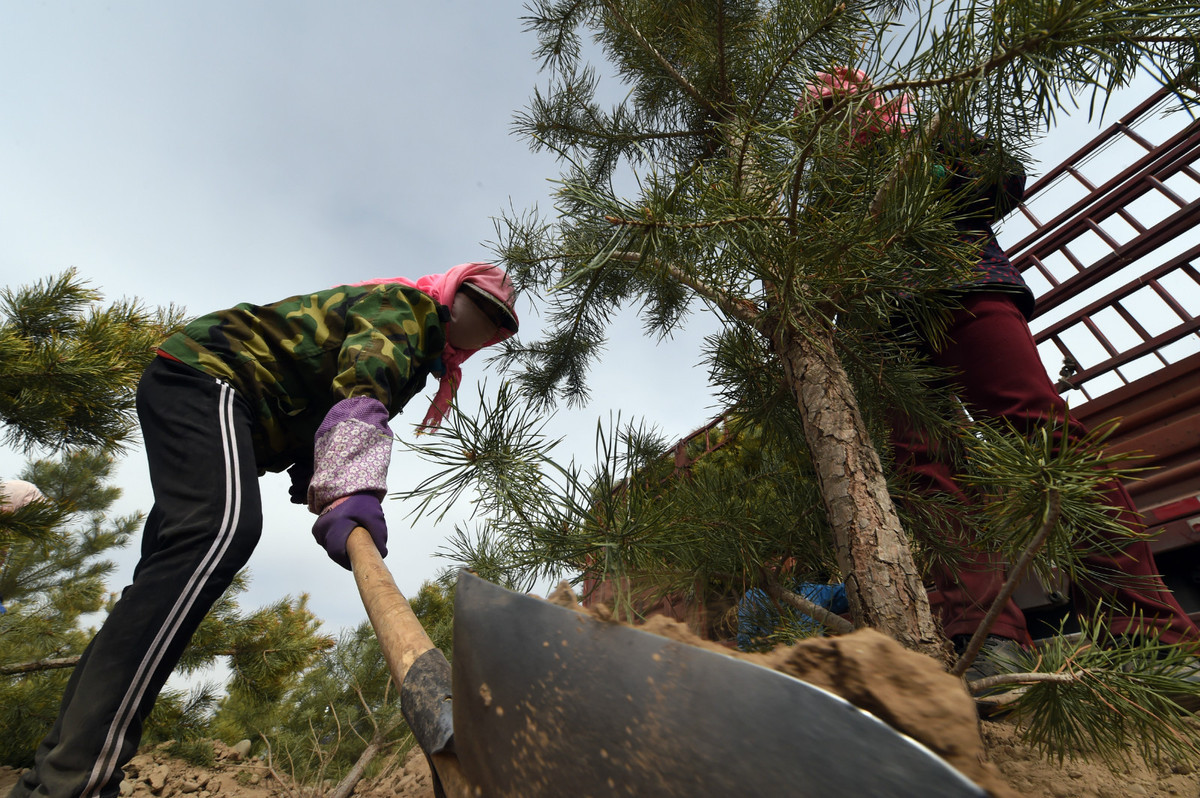 National lawmakers are calling for more effective ecological and environmental protection of the Qilian Mountains－a vital natural shield in western China－including the use of advanced technology.

Yang Weijun, a deputy to the 13th National People's Congress and also Party secretary of Zhangye in Gansu province, said that over the past few years, authorities have comprehensively rectified environmental issues in the mountains. About three-quarters of the Qilian Mountains National Nature Reserve is in the city.

The mountains straddle the border between Gansu and Qinghai provinces. The nature reserve was designated a national protected site in 1988, but hundreds of mines in the area and various construction projects took a toll on the environment.

Thanks to the restoration of the mountains' environment and greater efforts to protect wild animals and plants, many protected and vulnerable wild animals, such as snow leopards, goose-throated antelopes and white-lipped deer, have been frequently sighted in recent years, Yang said.

The city has also relocated all farmers, herdsmen and one-third of its residents who were living in the core area of the mountains to a new zone and helped them find jobs in an effort to ease the pressure on the environment, he added.

Scientific research and the adoption of advanced technology are key to the restoration of the mountains' ecology, said Wang Tao, also an NPC deputy from Gansu and a researcher at the Chinese Academy of Sciences' Northwest Institute of Eco-Environment and Resources.

Wang said a research center led by the institute was set up last year to focus on ecosystem restoration, water resource management and the ecological management of the mountains under the impact of global climate change.

The center has combined fundamental and applied research to conduct environmental monitoring and assessment, providing support for the creation of a Qilian Mountains national park, he added.

To better protect the mountain range, Wang said, it's necessary to give full play to remote sensing observations to promote large-scale, rapid and dynamic monitoring and establish a comprehensive ecological assessment system in the reserve.

A data-sharing mechanism should be pushed forward to create a database of the mountains' environment, which would support its protection in a scientific and targeted way, he added.