Four lawmakers-elect who won Sunday's by-election of the Legislative Council's Election Committee constituency are determined to add new momentum to the city's inno-tech exploration and other sectors' developments, with their diverse backgrounds and rich expertise. 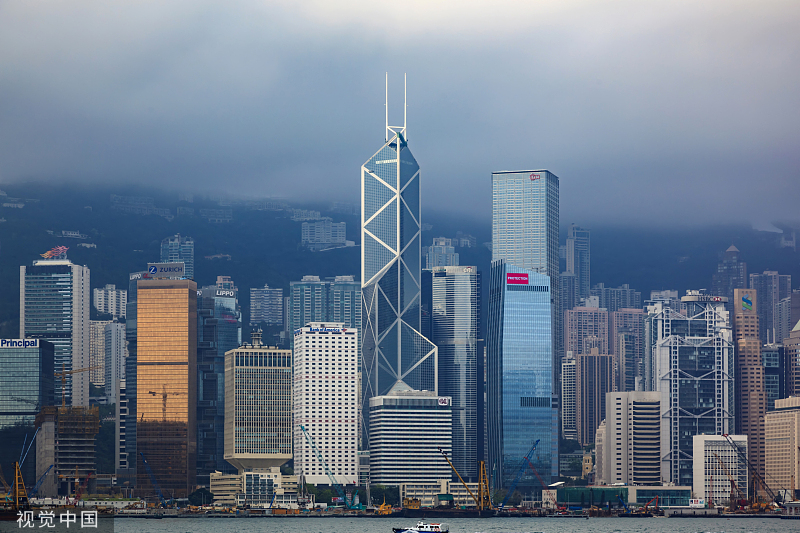 He noted that the previous Legislative Councils have no legislator coming from the Traditional Chinese Medicine (TCM) sector. He hopes he can serve the sector's benefits in the legislature and further promote the city's TCM development with his expertise.

William Wong Kam-fai, an associate dean of the Faculty of Engineering of the Chinese University of Hong Kong, ranked second with 983 votes. Wong said the election was competitive and he got up at 3 am today to prepare for the final sprint of the election campaign.

Wong said his priority is to propel Hong Kong to become an international innovation hub and he hopes his expertise in transforming scientific research results into applications can contribute to the lofty goal.

Adrian Ho King-hong from the New People's Party, who got 833 votes, hopes to bring more rational discussions with international scopes into the legislature, and contribute to the greater developments of the city and the nation.

Ready to take on the responsibility and face up to the pressure that will come with the legislator role, Shang said he is aspiring to boost the city's inno-tech development and make more contributions to Hong Kong's journey from stable to thriving.

Congratulating the elected members, Chief Executive John Lee Ka-chiu said the by-election is the first one since the electoral system of the HKSAR was improved to implement the "patriots administering Hong Kong" principle, providing patriots aspiring to participate in policy debates with a fair, just and open election.

He hopes they will assume their duties with due diligence, develop an environment conducive for constructive policy debates and join hands with the government in solving different problems together.

The four lawmakers-elect will swear into the office on Monday, which will be administered by the chief executive. They will take oaths to uphold the Basic Law of the HKSAR and swear allegiance to the HKSAR.