BEIJING, May 4 (Xinhua) -- Some foreign officials' efforts to sue China for causing global damages in the COVID-19 pandemic are totally absurd and aim to cover up their own missteps, experts and observers have said. 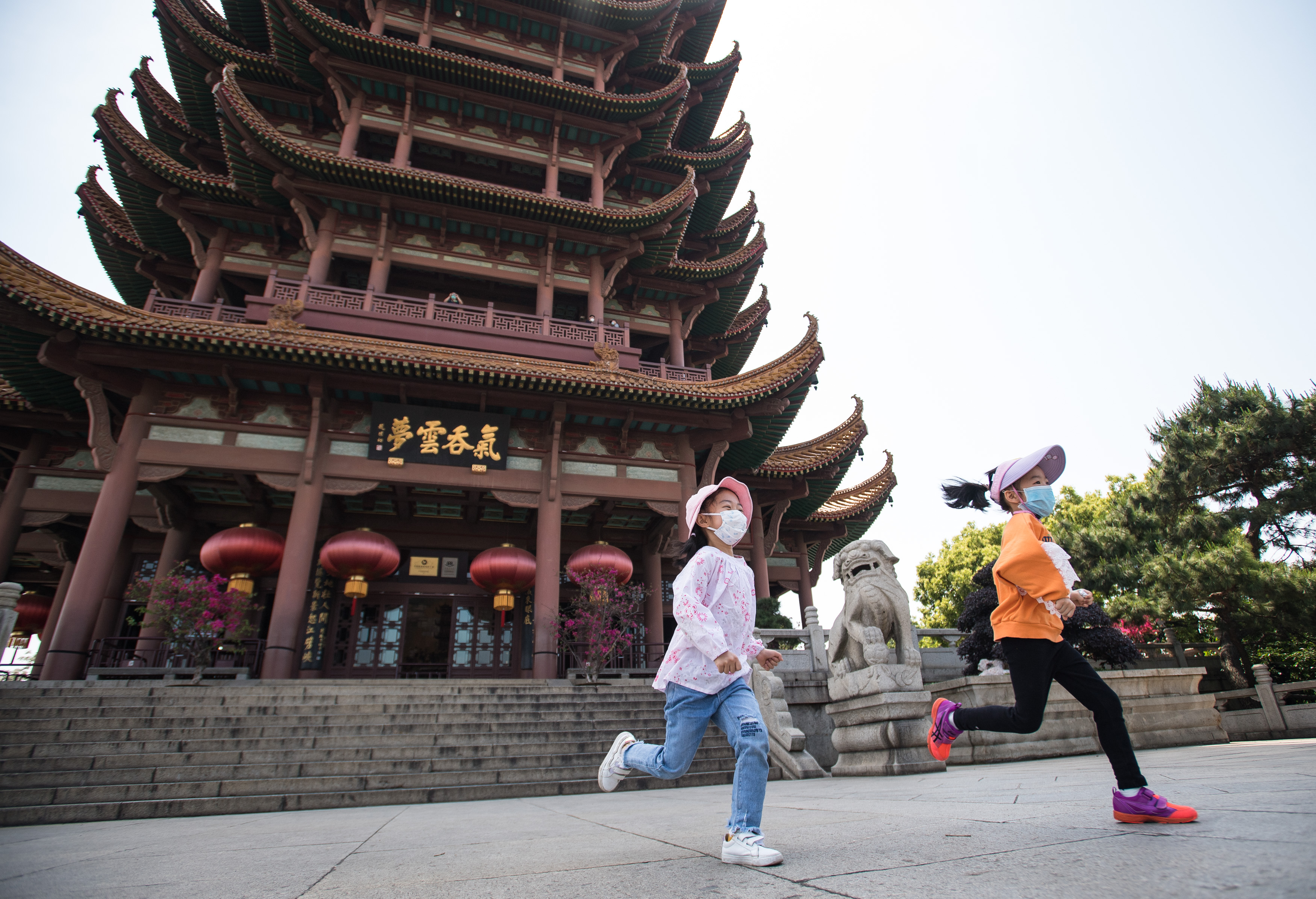 Tourists visit the Yellow Crane Tower in Wuhan, central China's Hubei Province, April 29, 2020. Wuhan's landmark Yellow Crane Tower partly reopened to the public on Wednesday. For the time being, there is still a visitor number limit and online booking is needed. (Photo: Xinhua)

Those calling for China to "be held responsible" include attorney generals of the U.S. states of Missouri and Mississippi, who in April filed lawsuits against China and demanded compensation from it for the global losses caused by COVID-19.

Greg Cusack, a former member of the Iowa House of Representatives, told Xinhua that the U.S. politicians' actions are "a smokescreen designed ... to keep the American people in a fog, to distort the truth, and to always deny accountability or responsibility for themselves."

"What they ... are desperately trying to do is to cover up their own incompetence and failure to act in time," Cusack said, adding that the White House "clearly dropped the ball for two long months -- January and February -- before anything was said or put into motion."

The United States, now the epicenter of the pandemic worldwide, has confirmed over 1 million COVID-19 cases in just some 100 days after it reported its first case on Jan. 21.

Takakage Fujita, director general of a Japanese civil group dedicated to upholding and developing the Murayama Statement, said it is the negligence of Washington that has made both the U.S. caseload and death toll of COVID-19 the highest in the world.

Buck-passing is a trick frequently used by some U.S. politicians, he said, adding that shifting the blame to China and others serves their own interest to score points in this year's presidential election.

The political analyst spoke highly of China's strong leadership and effective prevention and control measures taken in the fight against the virus, saying China has also offered anti-epidemic experience and medical supplies to other countries combating the virus, which is of great significance.

Zheng Yongnian, a professor with the East Asian Institute at the National University of Singapore, said the virus knows no borders, and there are many viruses in countries such as the United States and African nations, which is not the "original sin" of these countries, Zheng said.

The allegation that China should compensate is extremely absurd, he said, noting that the politicians attempt to muddy the waters in order to seek benefits, deflect blame or destroy China's relations with some countries, due to their assumption that China wants to challenge their geopolitical influence at the regional level.

"The virus is a common enemy to all mankind and may strike anytime, anywhere. Like other countries, China is also a victim, not a perpetrator, even less an accomplice of COVID-19," Chinese Foreign Ministry spokesman Geng Shuang said at a press briefing on April 20.

Foreign Policy magazine writer Keith Johnson said in an article last month that the problem is a "Pandora's box." If any U.S. court can hold China accountable for its alleged misdeeds over the coronavirus, "it's open season around the world for any number of lawsuits over harmful U.S. actions."

Kishore Mahbubani, a fellow at the Asia Research Institute of the National University of Singapore, in a recent interview with Australian think-tank ADC Forum, pointed to the 2008-2009 financial crisis.

The crisis began with investment bank Lehman Brothers' collapse in New York, and caused tremendous damage to economies around the world, but nobody suggested that other countries should get compensation from the United States, he said.