Lawyer in central China shot to death over legal dispute 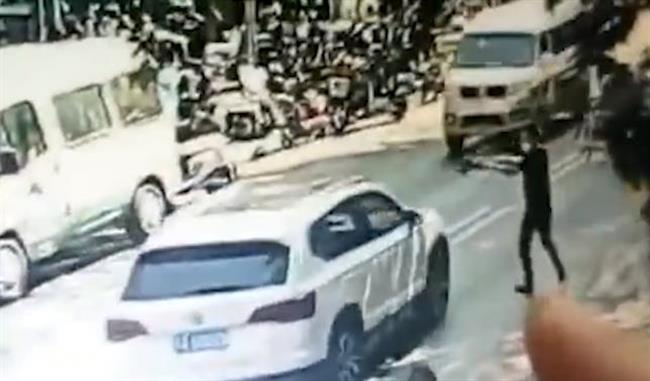 The suspect is caught by surveillance camera pointing what appeared to be a shotgun to a passing driver in order to hijack a car to flee the crime scene in Wuhan, Hubei Province, on September 13, 2021.

A lawyer was shot to death in broad daylight in a central Chinese city on September 13 by the opposing party in an ongoing debt litigation suit in a rare episode of gun violence that shocked the nation.

Police arrested the suspect, a 47-year-old man surnamed Lei, at 11:50am for allegedly killing the 30-year-old lawyer, surnamed Xue, at his office around 10am that day in Wuhan, capital of Hubei Province.

Police didn't mention the weapon used to commit the crime, but several online videos showed Lei running away from the crime scene carrying what appeared to be a shotgun. He was also seen pointing the shotgun at drivers of passing vehicles in an attempt to hijack one to flee the scene.

China has strict gun control laws which ban the sales and private ownership of guns, leading to a very rare incidence of gun-related crimes.

Xue, representing four clients, filed a suit at the Hongshan District People's Court in Wuhan in May to seize assets worth over 1.26 million yuan (US$195,000) in Lei's and his company's names, Paper.cn reported.

Lei was the legal representative of a construction company, which was once given a court order for failing to fulfill its legal obligations on time, the report said.

Xue's girlfriend, who was working at the same office during that time, witnessed the brutal killing, reported Zhengguan News.

The woman called her mother, wailing that Xue was shot by someone, right after the gun was fired, the report said.

The Hubei Provincial Lawyer's Association offered deep condolences to Xue's family and strongly condemned the crime, it said in a statement on September 14. 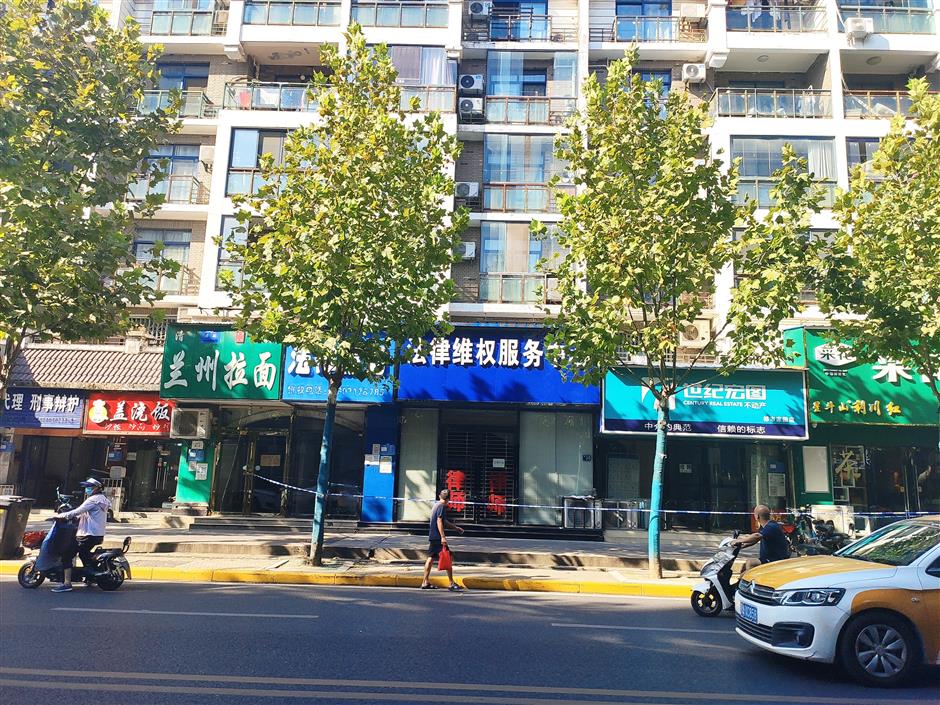 A legal rights service center where the victim was shot to death is cordoned off by police.