CHINA Legislation aims to ramp up protection of doctors

Legislation aims to ramp up protection of doctors 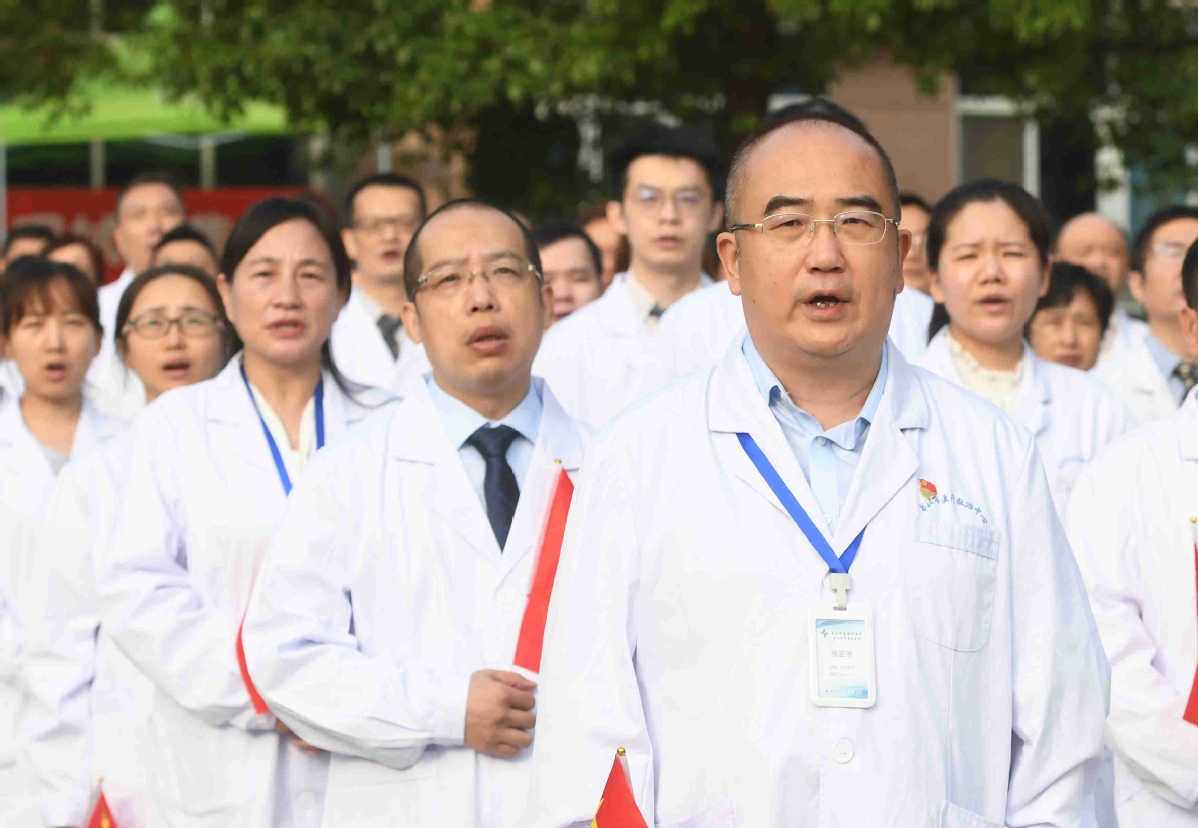 A draft law has set out a number of measures to further protect the personal safety of doctors after frequent incidents that shocked the nation in which medical staff members were seriously harmed, an official from China's top legislature said on Friday.

The draft law on practicing physicians is to be submitted to a session of the Standing Committee of the National People's Congress, the country's top legislative body, which will open on Monday, for a second review.

The draft law highlights the principle that doctors' dignity and personal safety are inviolable, clarifying that neither any organization nor individual should disturb doctors' work and lives, according to Zang Tiewei, the spokesman of the NPC Standing Committee's Legislative Affairs Commission.

He made the remark while introducing the draft at a news conference on Friday, in response to recent cases in which doctors and medical staff members were violently injured or even stabbed to death.

In February, Cui Zhenguo, 37, was given a suspended death by a Beijing court for injuring four people in a knife attack at the capital's Chao-yang Hospital last year. He was resentful at the doctors at the hospital and committed the crime because his eye treatment failed to meet his expectations.

In another case, Sun Wenbin, 55, was sentenced to death early in 2020 after he was identified as fatally stabbing doctor Yang Wen with a knife at the Civil Aviation General Hospital in the capital in late 2019. Sun was executed in April 2020.

Such violent cases have also promoted the making and revision of related laws, including the draft that is to be deliberated by legislators.

Compared with its old version, which was reviewed in January, "the new one has more targeted revisions and improvements in terms of safeguarding the legitimate rights of doctors," Zang said.

For instance, it specifies that behavior which infringes or harms the dignity, personal safety and freedom of doctors, such as insults, slanders, threats or assaults, must be prohibited, he added.

Besides, the draft demands that health management authorities and medical institutes play a bigger role in supervising doctors' practices to ensure the quality of the medical services they provide, with regulations on doctors' professional conduct, he said.

It clearly stipulates that doctors can neither provide fake medical documents nor give excessive treatment or overtreatment to patients, adding that those who obtain doctors' qualification certificates or doctor licenses through improper means will not be able to reapply for a period of three years, he said.

At the upcoming session of the NPC Standing Committee, lawmakers will also review several draft laws, such as those on data security, the Hainan Free Trade Port, stamp duty, legal aid and the protection of the status, rights and interests of military personnel.

Furthermore, draft revisions to the Law on Military Facilities Protection and the Vocational Education Law and draft amendments to the Law on Workplace Safety and the Audit Law will be deliberated at the session.