China's top legislature said on Monday that it will increase efforts, through legislation, to guide people to make better use of resources, although it has achieved a great deal in recent years in making and revising laws on the environment and ecology. 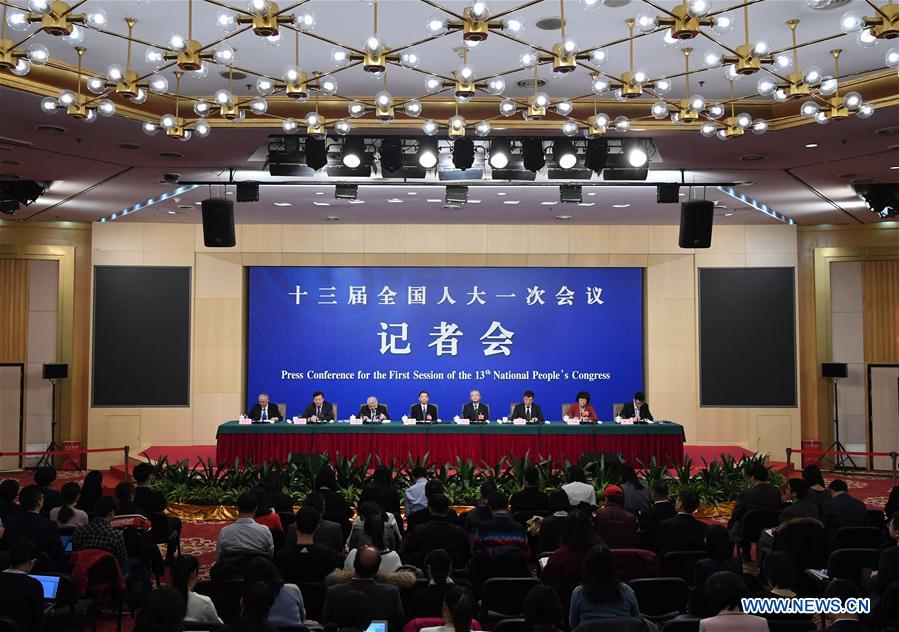 Lyu Caixia, member of the Environment Protection and Resources Conservation Committee with the 12th National People's Congress, said: "We're studying on how to use laws to improve resource utilization, hoping to solve the problem from the roots."

She made the remark at a press conference on legislation on Monday in response to a question on how to fight pollution caused by garbage.

"While we are shopping and ordering food online, garbage is also building up," she said. "Lots of garbage not only pollutes our country's rivers, air and soil, but also harms people's health."

She said garbage disposal has been a challenge across the world, adding some developed countries dumped their waste in developing nations, including China.

The central leadership has often highlighted the importance of garbage classification and resource recycling, so the legislature is paying more attention to the issue, hoping to regulate resource utilization through legislation soon, she added.

Some people advocated passing legislation to protect pets, after several cases of animal abuse, Wang Chaoying, deputy director of the standing committee's Legal Affairs Commission, said. But it may be some time.

"We don't have an agreement on legislation, and there may not be a clear answer soon," he said.

"Any behavior involving the hurting or abandoning of animals should be criticized, but what legal responsibilities those people should take may need to be further studied," he added.

In the past five years, the legislature strengthened efforts in making and revising environmental and ecological laws, especially in preventing and controlling air and water pollution as well as protecting wildlife.