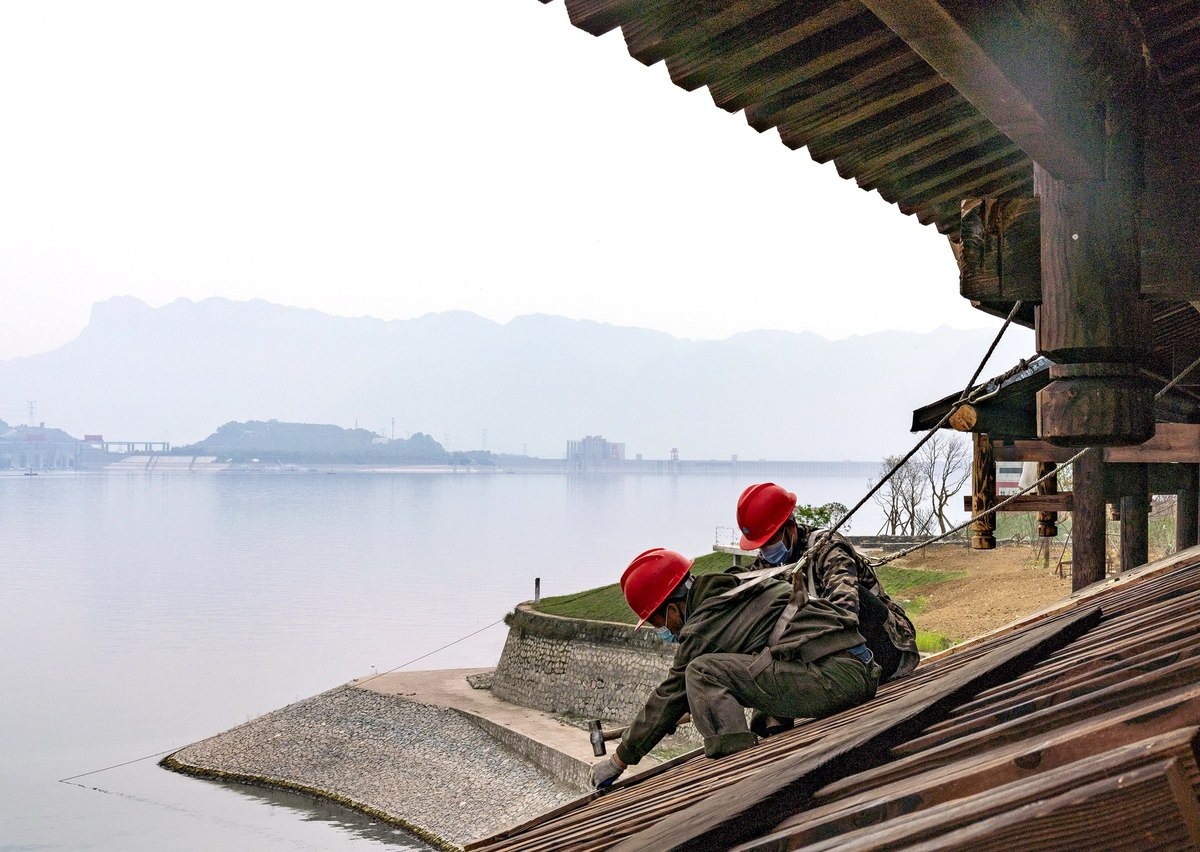 Builders work on consolidation and ecological restoration on the bank of the Yangtze River in Zigui, Hubei province, in April before the flood season. (Photo: Xinhua)

National legislators are considering introducing more reinforced measures to support conservation and remediation of the Yangtze River, including an appraisal system for governments in its basin, into a draft law to protect the country's longest watercourse.

The proposals are based on suggestions from local people's congresses, government bodies and experts, said Xu Hui, a member of the Constitution and Law Committee of the National People's Congress, addressing the ongoing bimonthly session of the NPC Standing Committee on Tuesday.

Xu said his committee suggests making it legally compulsory for the State Council, or China's Cabinet, and governments at the county level and above in the Yangtze basin to beef up investment in the river's conservation and remediation.

He said another suggestion is to include an appraisal system that could evaluate local governments' conservation efforts and whether they have completed remediation targets. A clause on summoning government bodies and officials who fail to make adequate efforts in Yangtze conservation is also recommended.

China introduced a 10-year fishing ban in key areas of the Yangtze on Jan 1. Since then, the ban has been observed in 332 conservation areas in the Yangtze basin and will be expanded to all natural waterways of the river and its major tributaries from no later than Jan 1, 2021.

The updated draft also includes heavier punishment for violations of the fishing moratorium than the country's Fisheries Law.

It also rules that destructive fishing practices such as using electric fishing equipment, poison or explosives will be subject to fines of 50,000 yuan to 500,000 yuan. Under the Fisheries Law, however, the fine for such practices is up to 50,000 yuan.

Deliberated for the first time by the NPC Standing Committee in December, the draft law also includes a national coordination mechanism that will unite efforts from across the river basin to protect the river as the country makes efforts to break down barriers between government bodies and regions and address overlapping responsibilities in the river's protection.