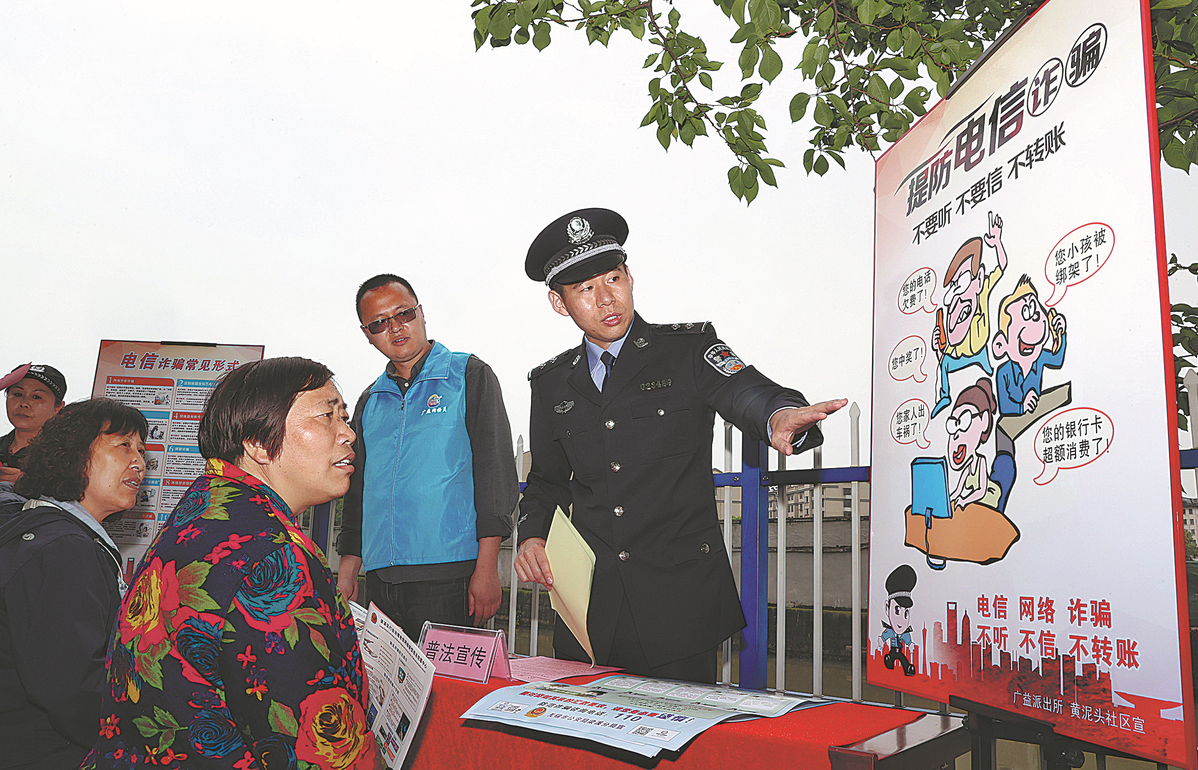 The draft law on anti-telecom and online fraud, which was submitted to the ongoing session of the Standing Committee of the National People's Congress for first review on Tuesday, would require telecom and internet service operators to ensure their users are registered under their real identities.

Banks or payment institutions should also verify the identities of their clients, understand their purposes for opening accounts and take risk management measures when providing related services to prevent such accounts from being used to perpetrate frauds, according to the 39-article draft.

It calls for harsh punishment of those who illegally purchase, rent or lend SIM cards, internet of things cards, or online or financial accounts, adding those who engage in such behavior will face restrictions using cards or accounts, or be barred from using new services.

"The making of the law is in response to public complaints and to implement the central leadership's requirement on advancing the building of a legal system to combat telecom and online fraud," Li Ning, deputy head of the NPC Standing Committee's Legislative Affairs Commission, said while introducing the draft to national lawmakers.

"Telecom and online fraud has become an offense with the highest incidence of cases, the largest losses and the most public complaints, and its frequent occurrence and serious situations are difficult to alleviate effectively," he said.

"It's also urgent to make the law, as the measures fighting such frauds at the root are not sufficient and the governance in some industries, such as finance, telecom and networks, still has weaknesses."

While calling for joint efforts to combat telecom and online frauds, Li said a unified monitoring system for financial, telecom and internet industries and enterprises will be established in line with the draft to advance the sharing of fraud-related information.

Data released by the Ministry of Public Security in April showed that Chinese police solved 322,000 cases involving telecom and online fraud last year, arrested 361,000 suspects, froze 272 billion yuan ($41.5 billion) in funds and prevented 8.7 million people from being prey to swindlers. A total of 187 billion yuan in losses was avoided.

China has paid closer attention to fighting such fraud in the past few years, not only because of people's sizable economic losses, but also because some residents have died after being cheated.

In a case that triggered huge public attention in 2016, a young woman in Shandong province died from a heart attack after losing 9,900 yuan to online fraudsters－money that her family had saved to pay her university tuition. Criminals involved in the case have been punished.