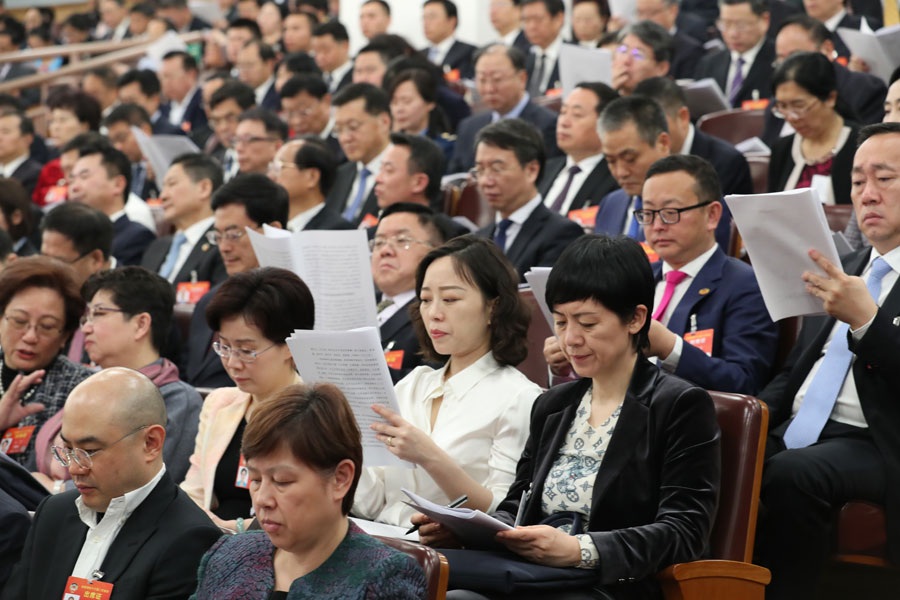 The sessions were the first with specialized topics to be held for the deputies since they were elected last year during the 13th NPC.

Some 220 deputies from various walks of life participated in the training, which was held from Tuesday to Friday in Beijing. Over the four days, classes and discussions were held on the budget, the macroeconomic situation, the fiscal system and fiscal reform, along with reviews of State-owned assets.

Zhao Yu, a deputy to the 13th NPC, said the training helped him in a number of ways.

"In the past, when I reviewed budget reports during the NPC sessions, I was a little bit confused because they were filled with economic or financial terms, which are difficult for those without the right background, such as me, to understand," said Zhao, a senior technician from Beijing Benz Automotive Co.

Thanks to the training, Zhao said, "I gained more knowledge about the budget, including the division of revenue and expenditures, and I have a deeper understanding of its significance for the country's development. The training, I believe, will help me effectively implement my duty in the future."

Making the budget the first special training topic highlights its importance in the NPC's work and enhances deputies' awareness of the country's account book, said Yang Zhenwu, secretary-general of the NPC Standing Committee.

"We hope deputies will improve their ability to review budget reports after the training, and then they can play a role in supervising the budget and related affairs," he said.

Zhu Lieyu, a deputy from Guangdong province, applauded the training, saying some difficulties he's had in reading budget reports had been removed by the sessions.

"The training offered me a platform to discuss things with other deputies and learn from professionals," said Zhu, a lawyer who oversees budgets for medical care. "Seeing a doctor is still difficult in some areas, so it's necessary for the country to put more budget money into healthcare."

As the medical budget has increased, the supervision should also be strengthened to prevent fraud and ensure that funds are used in places where the need is most urgent, he added.