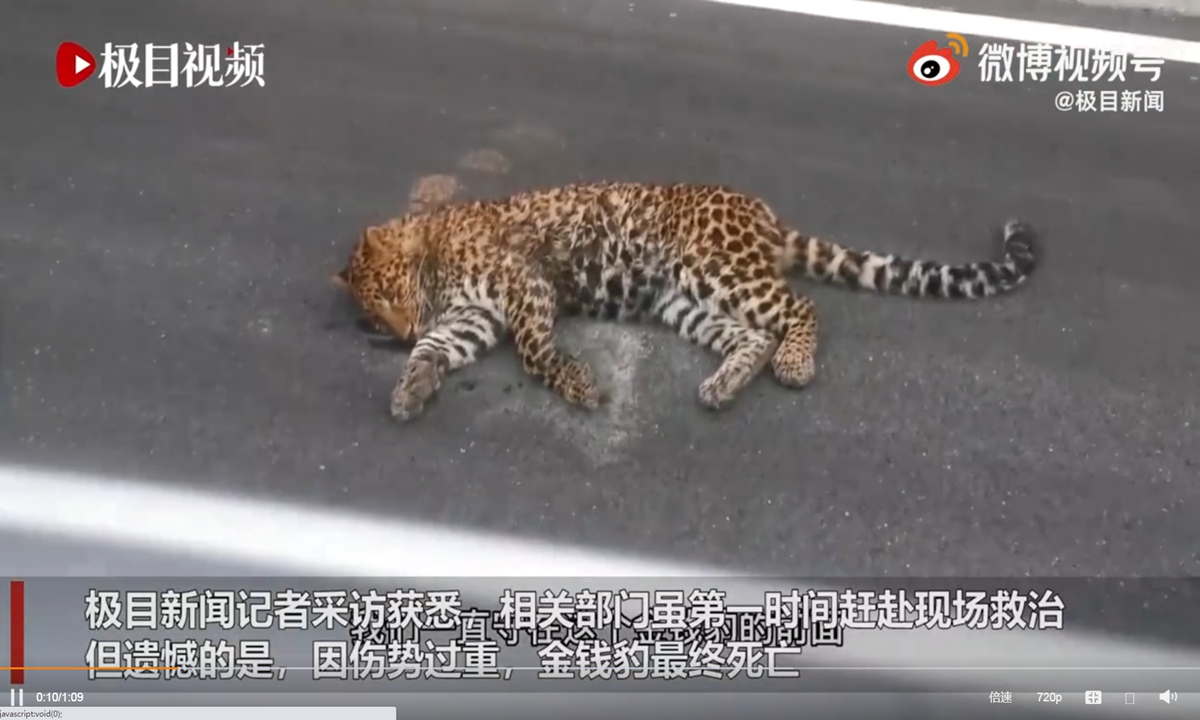 An injured leopard was found on a highway in Southwest China's Sichuan Province on Sunday. (Photo: screenshot of video posted by Jimu News)

An injured leopard was found on a highway in Southwest China's Sichuan Province on Sunday. The incident triggered discussions as netizens speculated it was the one who escaped from a safari park in East China in April. However, rescue workers denied the rumors, adding that the injuries may have been caused during a fight for territory with another leopard before it fell off a cliff.

Rescue teams in Xinlong county found the leopard in the early morning. It was seriously injured and couldn't move around, but still had signs of life.

Based on initial investigation, they inferred that two leopards were presumably fighting when one of them fell off a 20-meter cliff near the highway.

Unfortunately, the leopard died on the way to a nearby rescue center.

Local authorities denied rumors on social media that the leopard was the one that escaped from the Hangzhou Safari Park in East China's Zhejiang Province on April 19. The dead leopard is an adult male while the one that escaped was still underage, according to a rescue staffer.