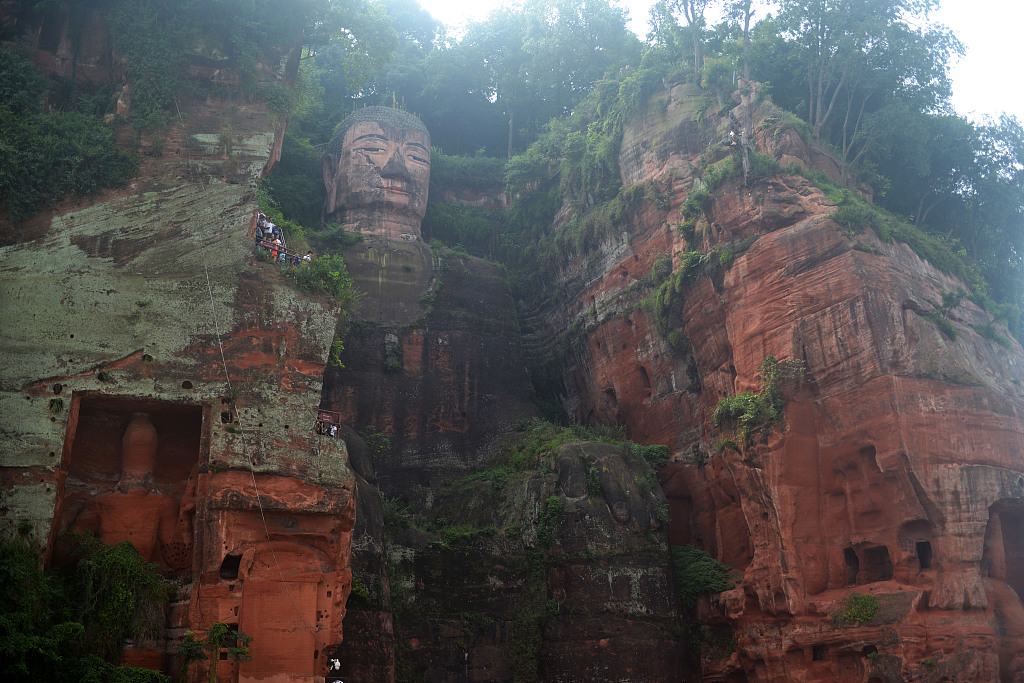 A careful “physical examination” is being carried out on the Leshan Giant Buddha, the world’s biggest carved stone Buddha, in southwest China’s Sichuan Province, for further repairs of the cracks and damage on its body.

Its chest and abdomen have bulged, cracked and peeled off due to the non-durability of previous repair materials, according to the management committee of the Leshan Buddha scenic area. In 2007, the Buddha received another face-lift to repair damage caused by weathering and acid rain. 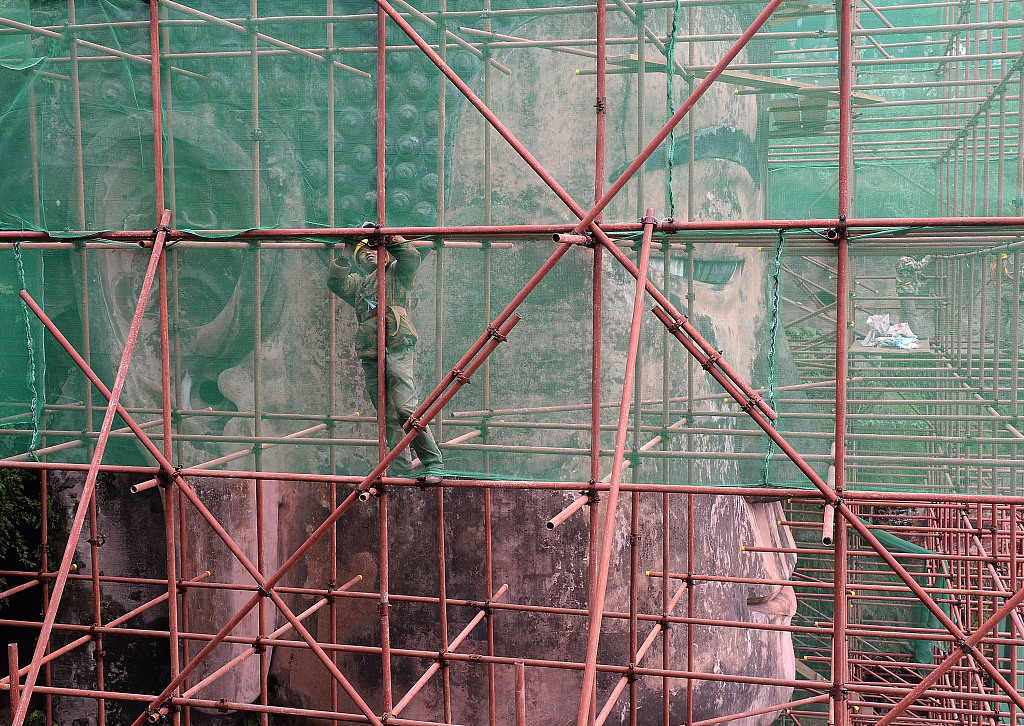 The 71-meter-tall Buddha state is now entirely enclosed by scaffolds and the price of the entrance tickets to the scenic zone was cut by half.

Involving the use of cutting-edge technology such as 3D laser scanning, infrared thermal imaging and a drone aerial survey, the 3-month maintenance project is expected to be finished by the end of the year.

The Buddha depicting Maitreya was built in the year 713 during the Tang Dynasty and is featured in poems, songs and stories. Facing Mount Emei, with the rivers flowing below its feet, the stone sculpture was carved out of a cliff face of Cretaceous red sandstone after 90 years of construction. It was included by UNESCO on the list of  World Heritage sites in 1996 and is by far the tallest pre-modern statue in the world.