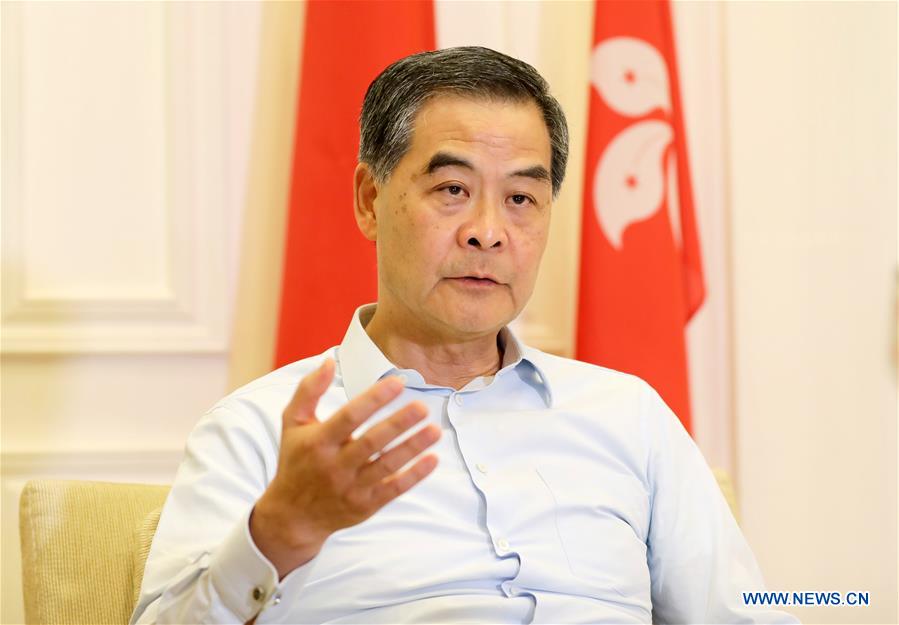 HONG KONG, May 31 (Xinhua) -- Hong Kong has a unique role to play in refuting false allegations on China and showing the global community a real picture of the country, Leung Chun-ying, vice chairman of the National Committee of the Chinese People's Political Consultative Conference, said Monday.

Delivering the keynote speech at a forum here, Leung said Hong Kong, as the largest single source of foreign investments in China and a global financial hub, has the capabilities of telling China stories to the world audience.

Foreign investors and enterprises are eager to learn about China and establish a presence in its enormous markets, he said.

"So from wealth management to life insurance, from financial services to making cars, from electric cars to hydrogen cars, from the United States to Japan, the audience is out there, waiting to hear the China business story," Leung said.

Global businesses know the huge size of China, the speed of its changes, and that only the surface has been scratched, he said. "Everyone wants to act fast and have the first-mover advantage."

However, news about China as reported by international media is mostly confined to politics due to agenda-setting by western politicians who want to distract from their own government's poor performance and failure, Leung said.

Under the theme of "International Communication in the New Era," Monday's forum was organized by the Hong Kong Coalition, an organization founded a year ago to get Hong Kong start again, and Friday Culture Ltd.

Financial Secretary of the Hong Kong Special Administrative Region (HKSAR) Paul Chan, deputy head of the Liaison Office of the Central People's Government in the HKSAR Lu Xinning, Deputy Commissioner of the Chinese foreign ministry in the HKSAR Yang Yirui, and Convenor of the HKSAR Executive Council Bernard Chan also attended the forum.