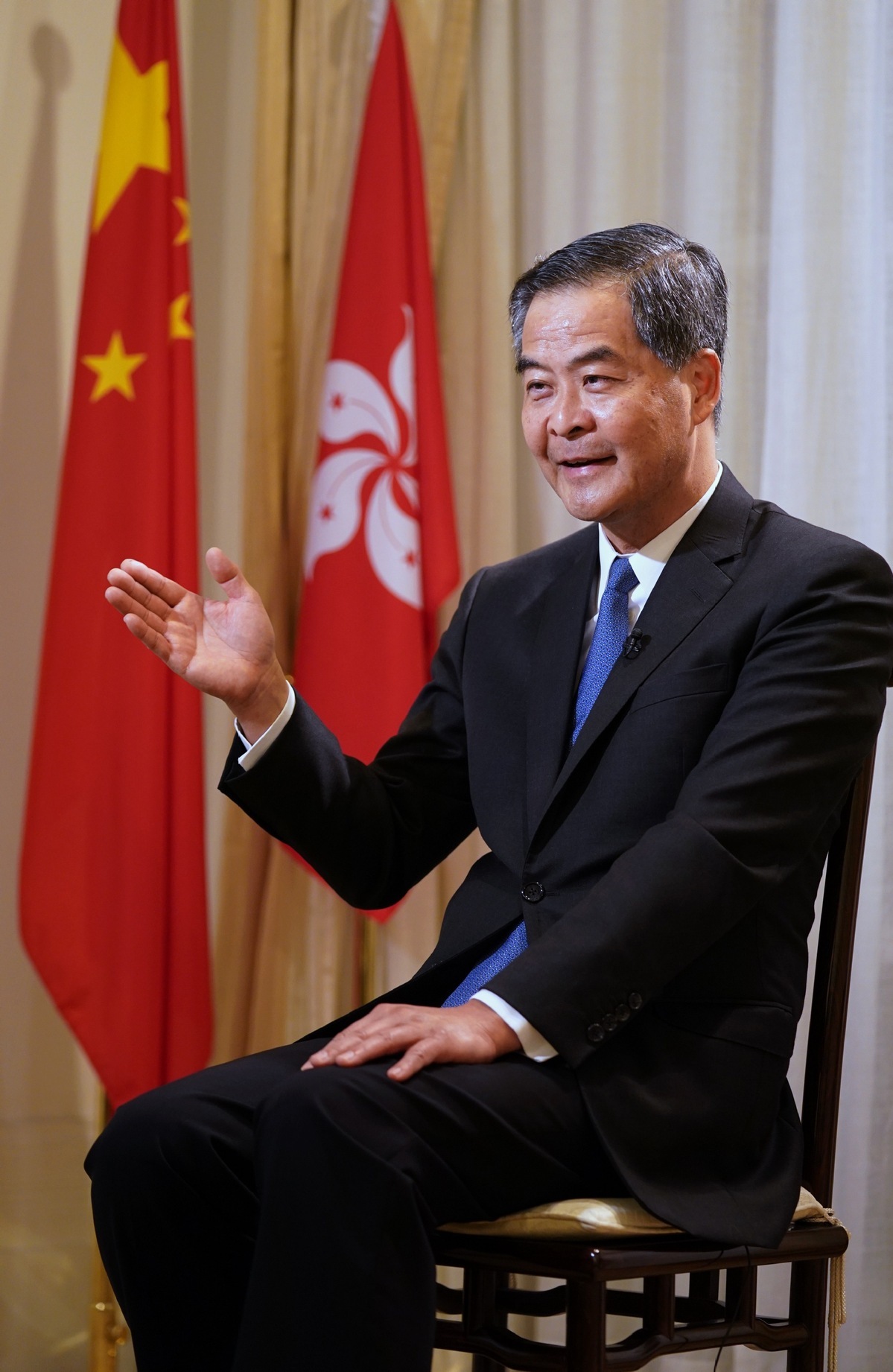 Photo taken on Oct 8, 2020, shows Vice-Chairman of the National Committee of the Chinese People's Political Consultative Conference Leung Chun-ying in an interview with Xinhua. (Photo: Xinhua)

A draft decision on improving the HKSAR electoral system was submitted on Friday to the National People's Congress for deliberation at the top legislature's annual session.

Leung, who served as the chief executive of the HKSAR from 2012 to 2017, made the remarks while attending a group discussion during the annual session of the CPPCC National Committee, or the top political advisory body.

Leung called on national political advisors from Hong Kong to take a firm stand and resolutely safeguard the overall interests of the state and the fundamental interests of Hong Kong.

Efforts should be made to dispel misconceptions and further unite the people who love the country and Hong Kong, Leung said.