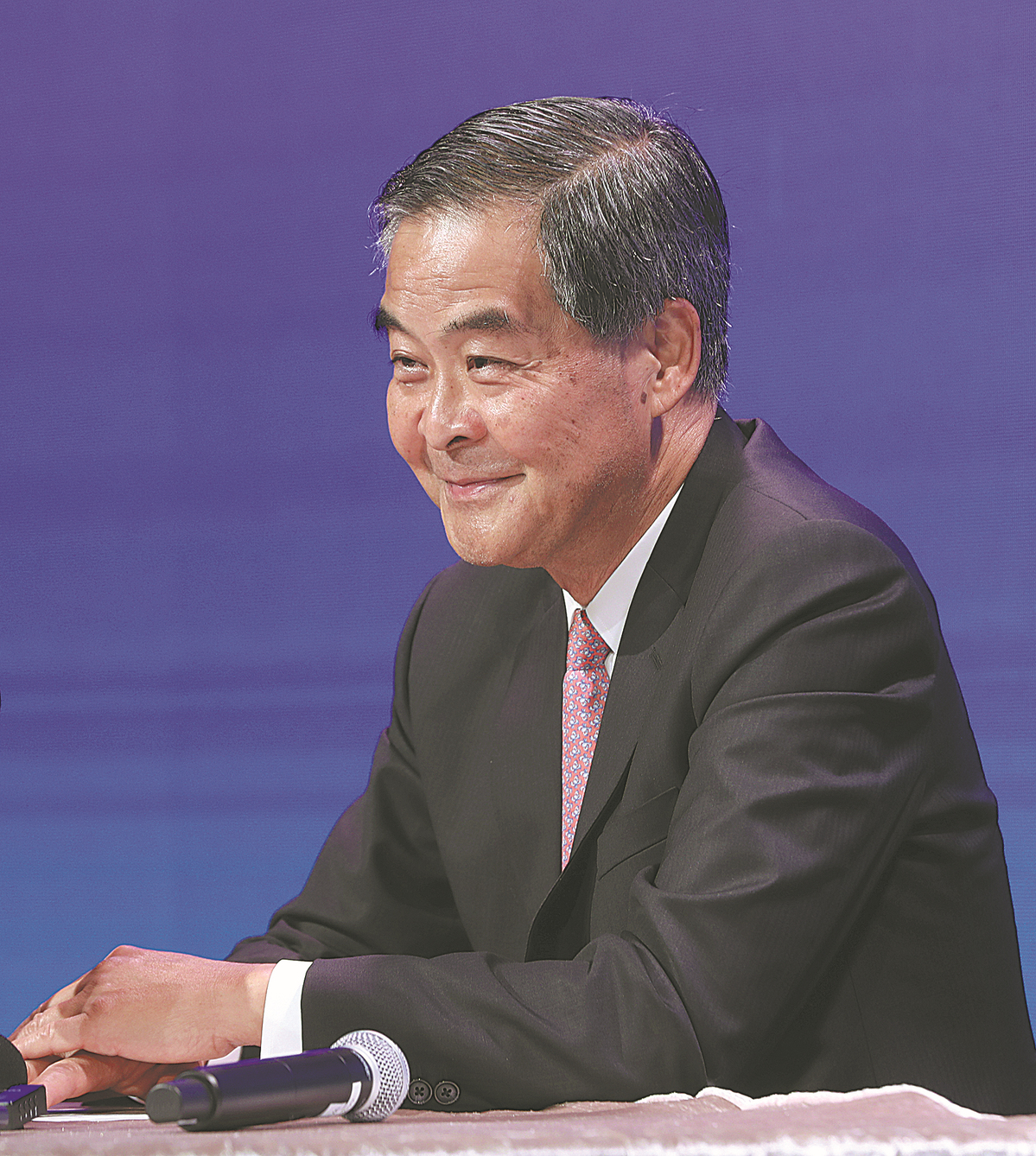 The practice of the "one country, two systems" principle in Hong Kong over the past 25 years has proved to be successful, scientific, feasible and viable, said Leung Chun-ying, former chief executive of the special administrative region.

"When Hong Kong returned to the motherland on July 1, 1997, Hong Kong people could still use the Hong Kong dollar as its legal tender, which is unprecedented in the world and has been implemented well afterward," said Leung, who is also vice-chairman of the National Committee of the Chinese People's Political Consultative Conference－the nation's top political advisory body.

"Hong Kong has also kept its status as an international financial and trade center in the past 25 years. While the Hong Kong dollar has circulated normally and exchanged freely in the city, Hong Kong also has the largest offshore renminbi market and deposit pool," Leung said in an interview ahead of the 25th anniversary on July 1 of Hong Kong's return to the motherland.

As Hong Kong has a high degree of autonomy and a high degree of trust from the central government, it is even more necessary and imperative to ensure that the principle of "patriots administering Hong Kong" is implemented, he said.

Leung said the principle is perfectly justified just like in any society where people administering local affairs are patriots.

"In the past, due to flaws in the electoral system, some members of the Legislative Council, Election Committee and District Councils were not patriots, and certain members even went abroad to ask foreign governments to sanction Hong Kong, which is inconceivable and unheard of," he said.

After the implementation of the National Security Law for Hong Kong and electoral reforms, the city has a stable environment to assure local, mainland and foreign investors while parents in Hong Kong also have more trust in the city's educational environment, Leung said.

Leung said that the largest interest group in human society is the individual country. However, during more than 100 years under British rule, the British government did not want Hong Kong people to grasp the notion of the country, so the whole of Hong Kong society and Hong Kong people need to catch up on this, he said.

"Seeing is believing. To help Hong Kong youth get a correct understanding of the history and current development of the country, they need to see the mainland for themselves," said Leung.

He suggested that Hong Kong students who had been to the mainland three or five years ago should go back to see the changes and visit more places, and they should do this more frequently, as mainland cities are developing rapidly.

Leung said he visited Guangdong province about 100 times over the past five years and spent around 70 percent of his working hours in the Guangdong-Hong Kong-Macao Greater Bay Area.

"I highlighted this part really to encourage Hong Kong people, particularly the young people, to go to Guangdong to see for themselves as soon as the COVID-19 pandemic travel restrictions are over," he said. "There are plenty of opportunities for Hong Kong people in all walks of life, economic sectors and age groups."

As the country achieves sound and rapid development, young Hong Kong people who want to pursue further development are encouraged to cross the Shenzhen River and find a much bigger stage for their career, he added.

Meanwhile, as a special administrative region, Hong Kong can also contribute to the development of the mainland, Leung said.