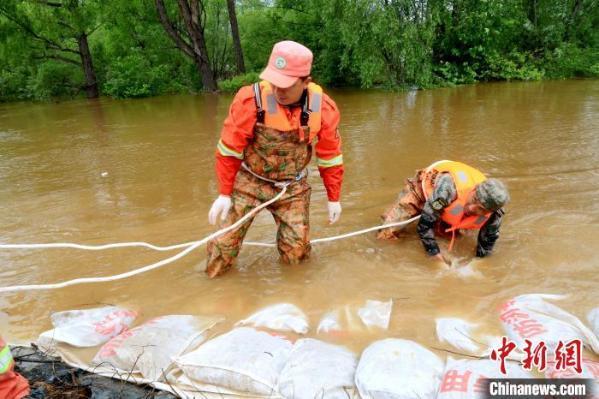 The Huma flood control and drought relief headquarters in Northeast China's Heilongjiang province on Tuesday launched a level Ⅰemergency for flood as the water level of the Heilong River and the Huma River, which run through the county, continues to rise, according to CCTV News.

The water level was measured at the county's Huma Bridge Monitoring Station at 5 pm on Monday at 95.67 meters, 1.67 meters higher than the warning water level.

As of Monday, over 500 residents had been evacuated and moved to safe places.