CHINA Lhasa getting back to normal

Lhasa getting back to normal 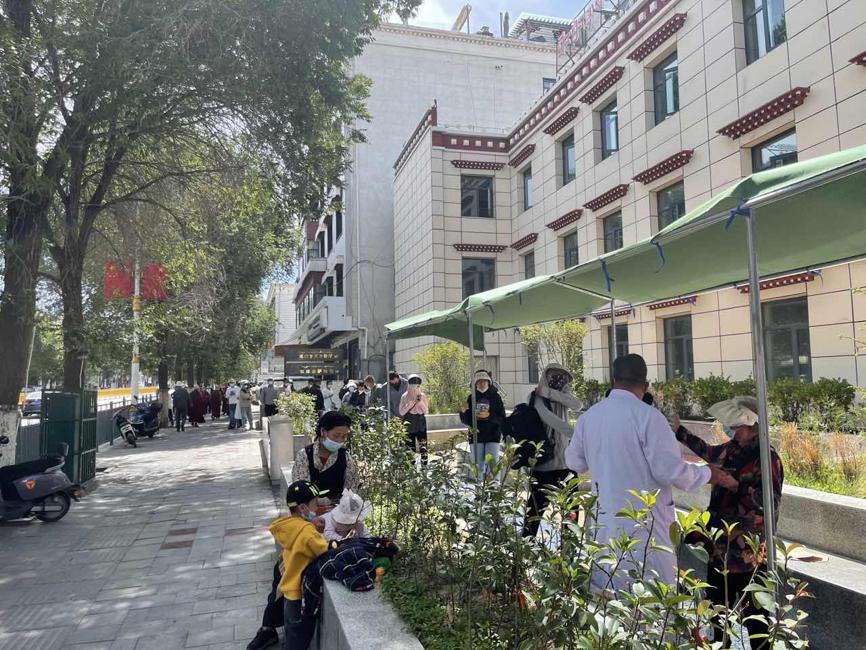 People line up to receive a COVID-19 test at the gate of the Lhasa Maternal and Child Health Hospital in Lhasa, Tibet autonomous region. Photo by Daqiong/For chinadaily.com.cn

More low-risk communities and villages in the downtown areas of Lhasa, Tibet autonomous region, began to gradually restart the economy and get people's lives back to normal on Tuesday, according to a statement from the city's leading group for the fight against COVID-19.

Lhasa has been making solid progress in curbing its most recent COVID-19 outbreak, which first emerged in early August, and most of the city's counties and districts had restrictions lifted at the beginning of last week.

The statement said the Chengguan district will gradually restore orderly production and life in the 494 residential compounds of 41 communities and villages.

The plateau city reported nine locally confirmed COVID-19 cases and 83 asymptomatic carriers on Sunday, health authorities said on Monday afternoon. All the those infected were in quarantine.

People are required to wear masks, have body temperatures measured and present health QR code and travel code when entering these business sites.

Children's welfare homes, nursing homes and prisons will be subject to closed-loop management.

In addition, the status of students at schools where online instruction is being delivered, as well as the reopening time for schools, will be determined by the local education bureaus based on their evaluations, it said.