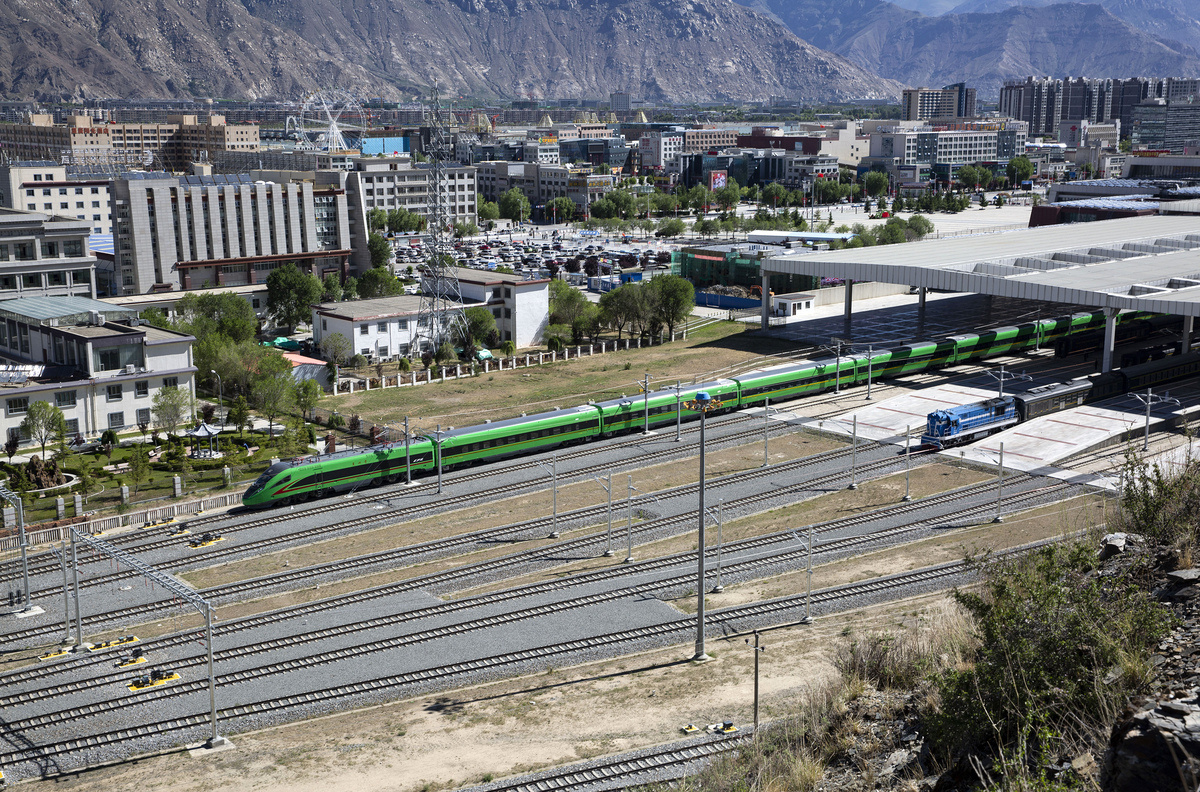 A Fuxing bullet train runs on the Lhasa-Nyingchi railway in the Tibet autonomous region on June 25, 2021. (Photo by Jiao Hongtao/for chinadaily.com.cn)

The Lhasa-Nyingchi Railway of the Tibet autonomous region started operation on Friday, linking the regional capital Lhasa with the region's southeastern cities of Nyingchi and Lhokha, the China State Railway Group said on Friday.

With a length of 435 kilometers and a designed speed of 160 km per hour, the line is the first electrified railway service in the region, marking the operation of bullet train series in all provincial-level regions of the Chinese mainland, said the group.

Zhang Qiang, head of the Lhasa Station of the China Railway Qinghai-Tibet Group, said the line launched four pairs of passenger trains between Lhasa and Nyingchi, and one passenger train between Shigatse and Nyingchi at the primary stage of its operation.

"The opening of the railway has brought big convenience to local residents to travel between these places, and they will feel proud of having such a good railway service in their hometown," Zhang said, adding he was also pleased with the service.

The line has designed nine stations. More than 90 percent of the railway is located in areas where the average altitude is above 3,000 meters, and the line crosses the Yarlung Zangbo River as many as 16 times.