Li calls on Merkel to boost high-tech exports to China 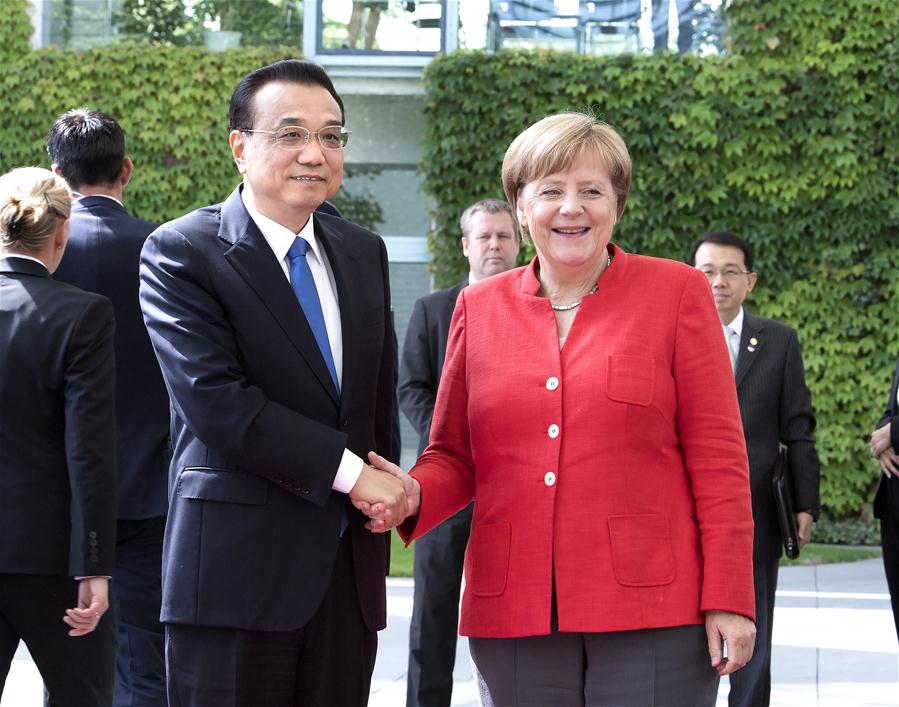 Premier Li Keqiang called on Germany to expand its exports of high-tech goods to China and lower the threshold of market access for Chinese companies entering the country.

On his fourth visit to Germany as premier, Li made the proposal on Monday as he met with German Chancellor Angela Merkel in Berlin before the fifth China-Germany intergovernmental consultation.

Facing uncertainties in the international context, China and Germany should send a clear signal of supporting free trade and safeguarding international order, based on fairness and justice, to promote the growth of global trade and the recovery of the world economy, Li said.

Li said China is promoting a new round of opening-up, and among the agreements made, the ownership ratio allowed to German automakers in joint ventures in China will increase and, for the first time, German chemical companies will be allowed to set up sole ventures in China.

He said China will strengthen intellectual property rights protection and encourage voluntary technical exchanges between enterprises from both countries.

Li also called on Germany to give Chinese investments fair and equal treatment.

Merkel said it is of great significance for both countries to promote economic, trade and technological cooperation given current international conditions. She said she is glad to see China's opening-up policies being first carried out in its cooperation with Germany and welcomes Chinese investments to her country.

Germany supports the declaration of a joint communique for early progress in investment treaty negotiations during the upcoming China-EU leaders' meeting, she added.

Leaders from both sides will work out further guidance and plans for the development of China-EU relations and exchange views on issues of common concern and major international agendas, Hua said, adding that President Xi Jinping will also meet with Tusk and Juncker.

Both China and the EU hope to advance the stable and in-depth development of China-EU relations, jointly safeguard multilateralism, pro­mote liberalization and facilitation of trade and investment and join hands to tackle global challenges, Hua said.

Eurostat statistics released in May showed China was the EU's largest partner for imports and second-largest for EU exports last year.

Chinese Ambassador to the EU Zhang Ming said earlier that stable cooperation between China and the EU will make a positive contribution to a world that is filled with rapid changes and challenges.