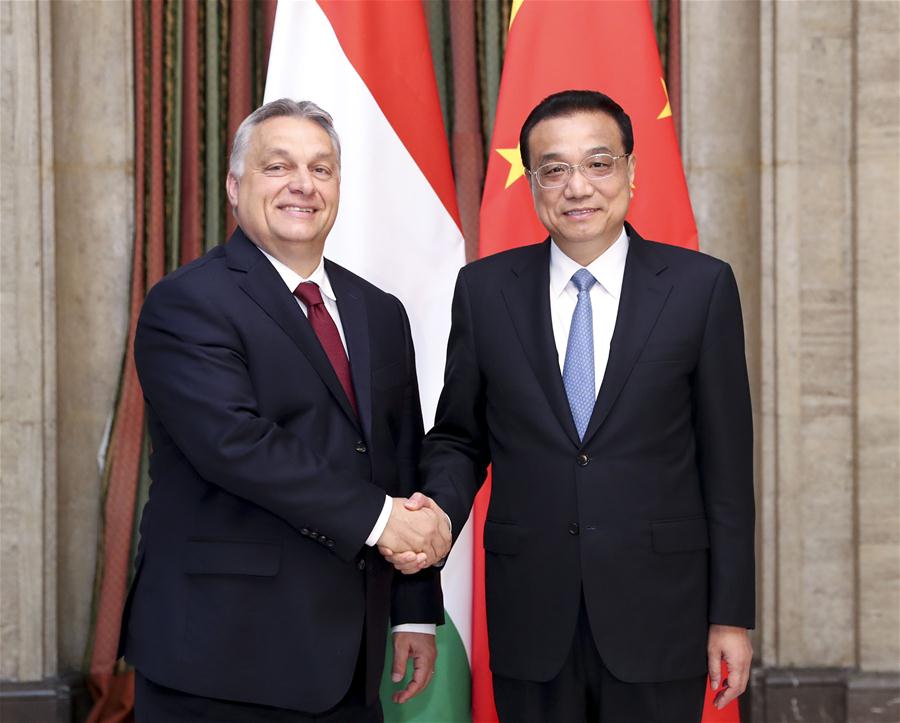 China would like to work with Hungary to push forward large projects, including the Hungary-Serbia railway, Premier Li Keqiang said when meeting with Hungarian Prime Minister Viktor Orban in Sofia on Friday.

The railway, designed to run 200 kilometers per hour on a length of 350 km, will link the Hungarian capital of Budapest with the Serbian capital of Belgrade. Part of the 184-km Serbian section is now under construction.

Li and Orban are to attend the seventh Leaders' Meeting of China and Central and Eastern European Countries on Saturday, along with leaders from 15 other CEE nations.

The premier extended gratitude to the Hungarian government and Orban for their contribution to the successful China-CEEC leaders' meeting in Budapest last year. Next year will mark the 70th anniversary of the establishment of diplomatic ties between the two countries, and exchanges and cooperation should be deepened at all levels, he said.

China and the 16 CEE nations are in similar stages of development and their cooperation is open, transparent and inclusive — which is beneficial for all these countries and European integration, Premier Li added.

Orban said Hungary is willing to make long-term development plans with China to bring bilateral ties to a new level. China-CEEC cooperation will fortify the European Union instead of weakening it, and help the overall development of Europe, he said. Hungary will work with China to boost such cooperation, he added.