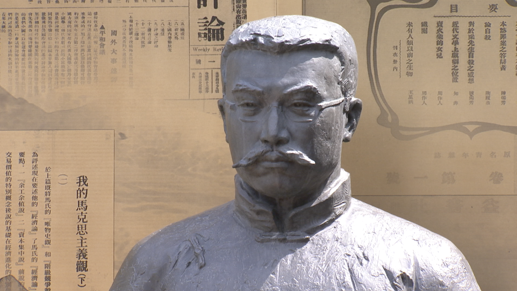 Statue of Li Dazhao at his former residence in Beijing. (Photo: CGTN)

The Communist Party of China (CPC) was founded 100 years ago as the country was going through one of the most difficult phases in its history. One man stood out among the rest to make it happen.

Li Dazhao (1889-1927) is marked as a pioneer in China's communist movement, a great Marxist and revolutionary, and one of the main founders of the Communist Party of China (CPC). He devoted his lifetime to the cause of communism.

To unite the nation in the time of crisis, Li actively took part in the May Fourth New Cultural Movement (1919) during his tenure as the director of Peking University Library. 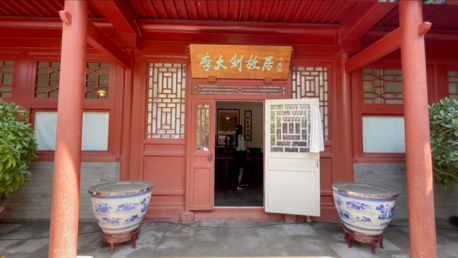 Li Dazhao and his family lived in this residence in Beijing for four years from early 1920 and it was during this period, he co-founded CPC. (Photo: CGTN)

He wrote hundreds of articles for the magazine New Youth and others to promote democracy, support constitutional government, endorse individual freedom and call for a national revival.

Li Dazhao is believed to be one of the earliest and strongest advocates of Marxism in China.

He influenced many people, including Mao Zedong, who later became the leader of CPC. 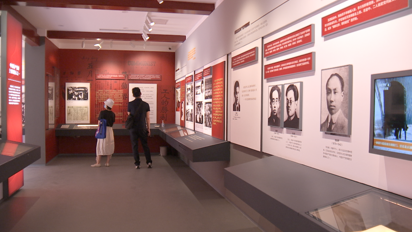 Replica of archive photos and eight-seconds footage of Li Dazhao are on display in his former residence in Beijing. (Photo: CGTN)

Li Dazhao co-established a communist leading group in Peking University Library in 1920 and the next year, with the joint efforts of him and the other co-founder Chen Duxiu, the CPC was established in eastern China.

In April 1927, at the age of 38, he was arrested and then killed by a warlord in Peking, which was later named Beijing.

Many people visit Li's former residence in Beijing in recent days when it was reopened to the public after renovation. They paid tribute to Li for his devotion and achievements. 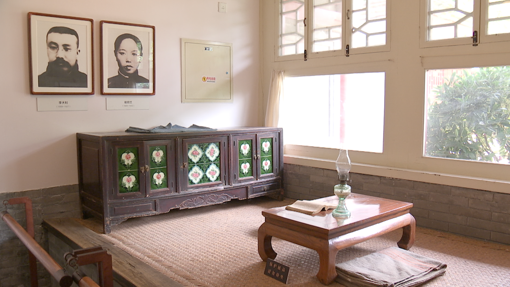 The bedroom of Li Dazhao and his wife Zhao Renlan in their former residence in Beijing. (Photo: CGTN)

"I respect him more than ever as he fought very hard at that dark time for this country and its people," said Zhu Lin, a visitor from southwest China's Guizhou Province.

"He helped and funded the youth at that time a lot. He was very knowledgeable and bridged the gap between east and west with what he learnt in Japan," said Gao Wenwen, a local visiting the residence with her family.

"In the past 100 years, our nation witnessed great changes. We need to think about the value of our generation, and he set a good example," said Jia Jinjie, a graduate from Peking University.